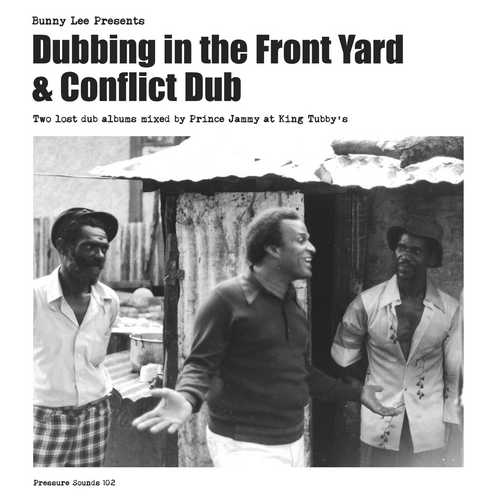 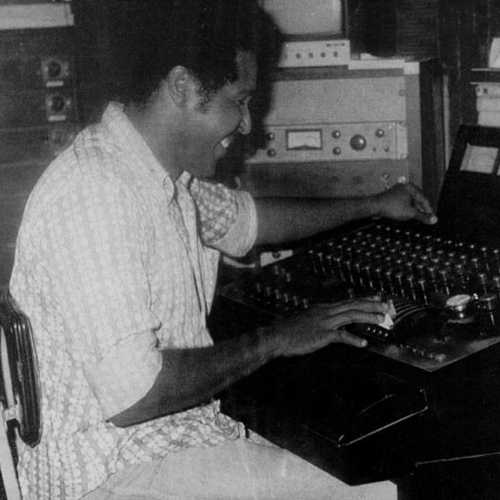 Dubbing In The Front Yard:

Pressure Sounds’ extensive as well as impressive catalogue features a notable amount of music produced by Edward O’Sullivan Lee OD better know as Bunny ‘Striker’ Lee, one of the major forces in the Jamaican music industry. The reissue label’s latest release features two extremely rare and sought after dub albums from the vaults of ‘Striker’ Lee, the hitmaker from Jamaica.

Back in 1977, an Aggrovators dub LP called “Rasta Dub 2000”, produced by Bunny Lee and mixed by Prince Jammy at King Tubby’s studio, circulated in specialist shops in London UK. That particular set was pressed up on blank white label in a very limited quantities. And although, at the time, it was said there was a possibility that the dub album would later be released on the then upcoming Magnum label, it came out on the new London Conflict label and has since become known by collectors as “Conflict Dub”. It actually was the last release of this record label. The small amount of copies that were pressed made this dub set one of those almost impossible to find albums.

In 1982, “Dubbing In The Front Yard” received a similar limited release in the UK on an unmarked white label. While “Conflict Dub” marked the start of Bunny ‘Striker’ Lee and Jammy’s extraordinary creative partnership at King Tubby’s Studio, this set was actually the last release from their five years lasting prolific collaboration as Jammy’s residency at King Tubby’s had come to an end. The album comes from the same era as “Dubbing In The Back Yard”, previously reissued by Pressure Sounds, hence its unofficial title.

Putting these two dub LPs out as one release is truly interesting for various reasons. One of them is that the listener can actually experience the change in the music during the late ’70s/early ’80s, and besides that it also gives a good impression of Prince Jammy’s development as an engineer. “Conflict Dub” comprises Prince Jammy dubs to tunes by Johnny Clarke, Tommy McCook and Hortense Ellis & Derrick Morgan (“Still In Love Dub”). These are mostly the more distinctive sounding dub versions, while the tracks featured on “Dubbing In The Front Yard” are predominantly sparse dubs with some haunting effects. Overall, on both outings Prince Jammy’s emphasis lays on highlighting the drums & bass. For dubheads and reggae aficionados alike the beauty of a dub album also lies in seeking audible reference points, which in some cases might be a hard task as none of the dub outings on these albums feature vocals in the mix.

The 3 bonus tracks on the CD are all remixes. These are “Enter into Dub” & “Come To Me In Dub” from Paolo ‘Dubfiles’ Baldini for the “Dubbing In The Front Yard” set and “Be Still In Dub” for “Conflict Dub” by Diggory Kenrick.

Conclusion A great addition to the Bunny Lee produced material that was previously reissued by Pressure Sounds.