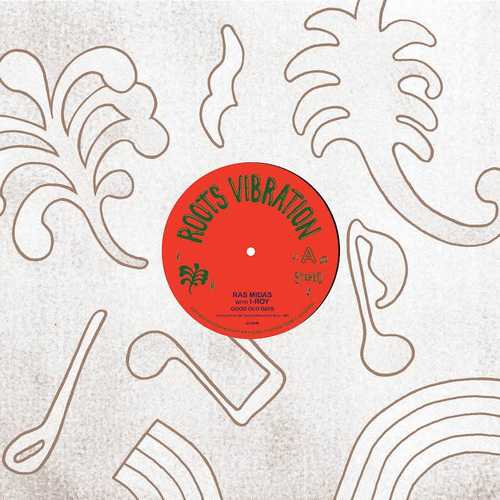 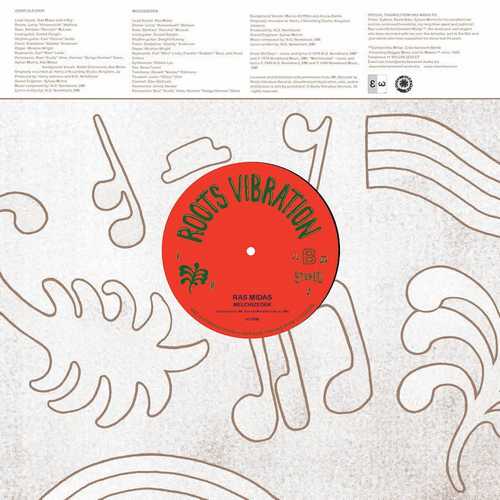 The vinyl revival has been recalling many Royal moments of the course of Jamaica’s rich musical history. Belgium based Roots Vibration Records is elevating its proper catalogue with two glorious 12” representations from message music statesman RAS MIDAS’ poignant catalogue. A limited press twin spin releasing on February 22. These timeless anthems from “The Musical Prophet” showcase the Ites, Gold and Green vibrations that were created in Kingston in the Golden Age of Reggae.

Roots Vibration’s founder Pieter Eykens started his label in 2017 and has released serious gems by Eric Donaldson, Winston McAnuff and many others, with quality and purpose. The selections from Ras Midas’ catalogue (which spans over four decades) capture the Zion clad essence from the latter part of the ‘70’s.

“Good Old Days” was recorded in 1976 at Harry J’s and released as a single to critical acclaim in 1979. This Heartical anthem was originally released on the “Rain And Fire” album in 1979, and a disco mix was released as a 12″ the same year, both on Harry J Records. This track hit the U.K. charts and remains its potency all the while. This version features the powerful chanting from the late, great I-Roy, whose limitless lyrics basket flows just right. A crisp atmosphere with remastering from Equus.

On the flip side is the essential “Melchizedek.” The absolutely mystic slice from “Rastaman In Exile” album. Another classic realized at Harry J’s and released on Disc AZ International (France) in 1980; this was the first single from the pivotal album. A mesmerizing anthem bound with Roots intellect but also attains ‘disco reggae’ appeal that corresponded with the musical times. To hear this song in extended format is treasure indeed.

Ras Midas recently commented “Distributors are becoming interested in my recordings of the 1070’s and early 1980’s. When I go into the studio (for new recordings), it’s with a 1970’s riddim style.” Well, this upcoming representation is right on time. “This is what the industry is telling me – songs on vintage riddims are selling more than newly created riddims.” Food for thought. Don’t hesitate on this double dose of real authentic sounds from Ras Midas, Rightful messenger of The One Love Revolution.

The “Good Old Days” release on Tribesman Records (January 19, 2019) was not licensed or authorized by Ras Midas for release on the Tribesman label. It is an infringement of copyright and publishing laws and all applicable legal steps are being taken to remove this record from distribution and sale. “Good Old Days” is the sole property of Ras Midas: © 1979 N.G. Nembhard and ℗ 1979 Nembhard Music, BMI. All rights reserved.

Conclusion This Royal twin spin of Ras Midas’ visionary catalogue is sure to satisfy the most discerning collector. Go deh.