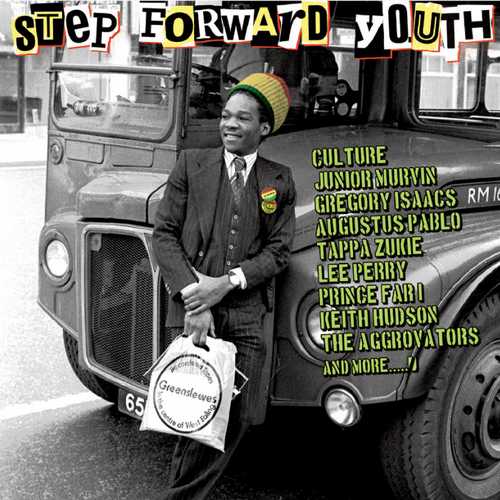 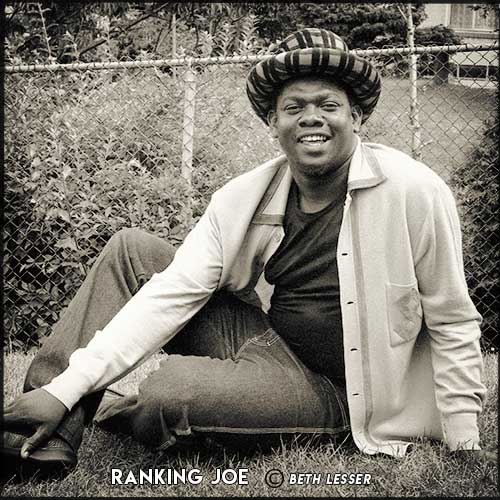 It was in the early 1960s that the UK mods embraced Jamaican ska and rocksteady (or Blue Beat as it was know then). In the late 1960s the so called ‘skinheads’ developed a fanatic obsession with the sound of Jamaica. Although numerous reggae records charted in the UK, the sound of reggae remained a somewhat underground phenomenon.

The year 1976 saw the explosion of punk rock and it’s unlikely championing of reggae in the UK and beyond. The alliance between the worlds of ‘underground’ music styles like punk, new wave and reggae created an atmosphere of rebellion, togetherness and activism seldom witnessed. Many of the bands recorded reggae or reggae influenced tunes and the people loved it! At the end of the 1970s 2Tone Records, founded by Jerry Dammers of the Specials, became the outlet for ska and rocksteady fueled music with a punk rock and pop music overtone.

“Step Forward Youth” provides a decent musical look of the at the reggae of the punk rock era in England and its resulting globalization in the late 1970s. This set (2CD+DR) features 36 tracks, known and loved by the reggae massive. An appealing mix of singers and deejays draw the attention from start to finish.

After the classic King Tubby/Augustus Pablo dub “King Tubby Meets Rockers Uptown” bursts out of the speakers, you’ll start an impressive musical trip on reggae memory lane! Not only Jamaican originals, but also lesser known tunes like the London band Have Sound Will Travel with “Police And Youth In The Grove”. It’s a song about police brutality in Ladbroke Grove. Barry Ford, UK reggae drummer, guitarist and vocalist performs “Rebel”, a rather unknown tune.

Two tunes from the mighty I Roy. First his glorious take on The Paragons’ “Man Next Door” and then the awesome “Point Blank Observer Style” across Gregory Isaacs “Slavemaster” riddim. Also included are dub masterpieces like the aforementioned “King Tubby Meets Rockers Uptown”, “None Shall Escape Dub”, a riddim that was used by Jonathan Richman for his 1977 worldwide hit “Egyptian Reggae”. UK Reggae is represented by Steel Pulse with “Ku Klux Klan” and “The Black Star Liner” from Reggae Regular. More UK reggae by Militant Berry with “Pistol Boy” “U.K. Skanking” from Capital Letters, and Aswad with “Three Babylon”, their second single after their moving “Back To Africa”.

This package comes with extensive liner notes by Noel Hawks and to the point pics from Linda McCartney.