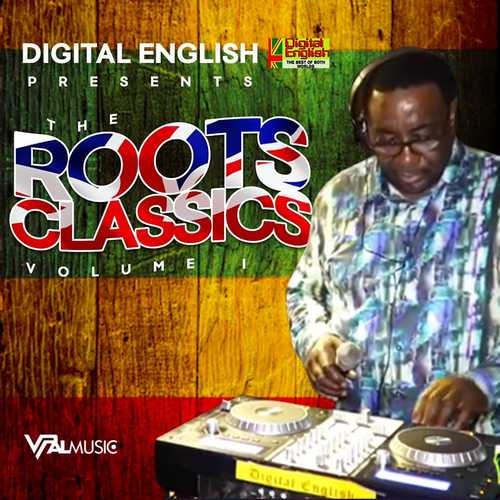 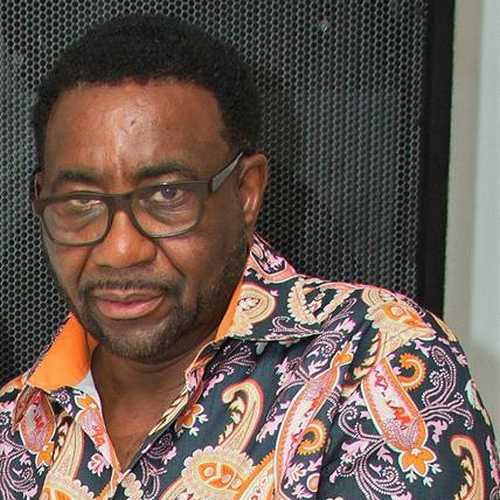 Born to Jamaican parents in the Harlesden area of London, Val Saunders aka Digital English grew up surrounded by Reggae music in his home. At the age of 11 he started collecting records and from 1972 he was part of a small sound called The Mighty Conqueror. This lasted until late April of 1977 when he migrated to New York. in October 1978 he started working in Donovan Germain’s record shop, which became his own when Donovan Germain sold it to him. Together with his partner, Jamaican deejay Lizzy, he owned the record shop now named Ultrasonic until he sold it in about 1985. Meanwhile he had started producing music in 1983 with “Stop Your Fussing And Fighting” by Bugsy being his first recording. It then was his second recording “Every Man Do His Thing A Little Way Different” with Trevor Sparks, which became a massive hit in the UK.

Since then he has released a string of real good tunes on his own record label which bears the name of his alias. Singles like for example The Meditations’ “Did You Know”, one of their strongest tunes for years when it was released in 1998, and Glen Washington’s extremely catchy “This Kind Of Feeling” are still a joy to listen to. Unfortunately these two tunes are not included on “Digital English presents: The Roots Classics Volume I”, but luckily there’s enough great music to fulljoy.

Things get started with Screechy Dan’s awesome “Oh What A Shame”, which was originally released on 12″ vinyl in 1986. The riddim, laid by Digital English & Sidney Mills, is the same as the one that underpins Tenor Saw & General Doggie’s “Chill Out Chill Out”. Also the instrumental “Moving Forward” by French melodica player Far East utilizes this great sounding riddim. More niceness & greatness comes from Glen Brown’s vocal track “Equal Rights And Justice” and Carlton Livingston’s “Everybody Let’s Dance”, both on the “Cool It” riddim. These two tracks were expertly mixed by the late Philip Smart and appeared on a 7″ single in 2007.

Released on 7″ vinyl in 2010, “Korner King” is a lovely tune from Devon Clarke aka Bobo Saw, which is followed by its wicked instrumental version by Jerry Johnson called “Korner Sax”. Next comes “What Dem A Go Do”, Simpleton’s decent but in the end least appealing tune of this set. Digital English’s instrumental for the riddim, “Close Enounter”, is a more entertaining offering. “Wicked Go Down”, the heavyweight tune by Scion Sashay Success, is a digi roots killer. It’s followed by Ranking Joe’s “Call Pon Jah” on the same riddim – played by Digital English & Gussie P – appeared on 10″ vinyl in 2003. From Empress Baby Luv’s “Rootical Journey EP” comes the solid “Sufferation”, while the album is rounded off in fine style by the title track from Lin Strong’s “Valley Of Elah”, both released in 2018.

Conclusion A great sampler from the Digital English imprint.