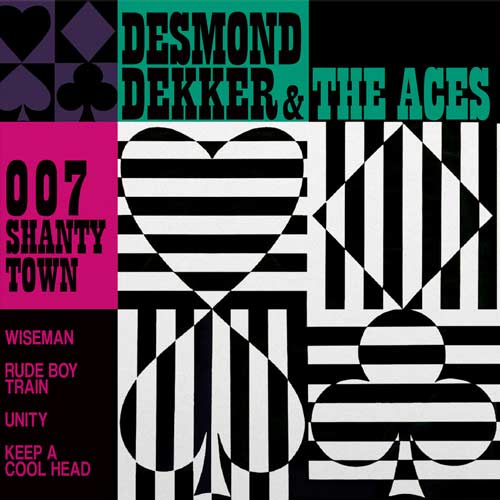 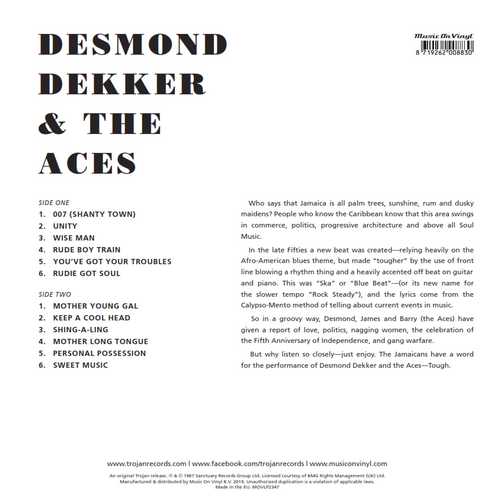 Born Desmond Dacres, Kingston Jamaica, Desmond Dekker started his career in 1963 with the tune “Honour Your Father And Mother” for producer Leslie Kong’s Beverly’s Records label. Leslie Kong was more that just a producer for Desmond. He was his mentor, guardian and friend for whom Desmond recorded throughout his early career. With The Aces (Wilson James and Easton Barrington Howard) he won the prestigious Jamaican Song Festival in 1968 with “Music Like Dirt”. As the uptempo ska and bluebeat gave way to the less frenetic rocksteady sound they scored their first international smash hit in 1967, when the appealing rude boy song “007 (Shanty Town)” burst unto the UK pop charts. The tune was an anthem in Jamaica, describing the poverty, frustration and violence in the Kingston ghettos.

The album of the same name was released on the Doctor Bird label that same year and featured several outstanding songs. The trio proved very successful as they kept on scoring a string of number 1 hits. In 1969 they reached No. 1 in the UK with the scorcher “Israelites”, the first reggae act to achieve that honour. When Leslie Kong died in 1971, Dekker’s career went into decline. He re-emerged during the UK ska revival in the eighties. In the nineties he released some albums on which he covered some of his own biggest hits. Although Desmond Dekker never regained his earlier prominence he stayed a well respected figure, especially in the UK. He died of a heart attack on 25 May 2006 in London, aged 64.

The Dutch vinyl only (high quality 180g LP’s and 7# pressings) reissue label Music On Vinyl has already earned respect in the reggae scene with superb vinyl reissues of classic albums. Recently they unleashed Bob Andy’s 1978 album “Lots Of Love And I”. Some of their earlier releases are Errol Brown & The Revolutionaries’ “Dubb Everlasting”, Don Drummond’s “Memorial Album”, Alton Ellis’ “Mr. Soul Of Jamaica”, I Roy’s “Gussie Presenting I Roy” and Mikey Dread’s “Dread At The Controls”.

Their latest feat is the 1967 LP Desmond Dekker & The Aces – “007 (Shanty Town)”, originally released on the Doctor Bird label. Pressed in a limited edition of 750 individually numbered copies on orange coloured vinyl with original artwork, it showcases the musical craftsmanship of Desmond Dekker. More than 50 years after its initial release it still sounds fresh! Described as a rocksteady album, it also features one tune with a mild ska tempo, “Rudie Got Soul”. Check it, it’s a scorcher! The album opens with “007 (Shanty Town)”, the aforementioned rude boy anthem. The rude boy theme returns on “Rude Boy Train”, a song referring to the title song, characterized with a dominant guitar lick.

Very impressive is “Unity”, telling that “we must live as one, ‘coz two wrongs can never make a right”. The song became second at the Jamaican Song Festival in 1967, behind “Ba Ba Boom” from The Jamaicans. In the same vein is “Sweet Music”. The morality song “Wise Man” tells the listener to be careful to ‘keepeth his life’. “Mother Young Gal”, yet another morality tune with only 7 lines text, deals with the problem of teenage mothers: “hold yu belly” (belly patois for pregnancy) and “wha’ mek yu fool and lamp me” (patois for lying and cheating).

“Keep A Cool Head” is accompanied by an infectious backdrop and Desmond urges to keep your head cool, don’t get excited and use your anger wisely. “Shing-A-Ling” is about a dance of the same name, originated in the US, and comes with a refreshing arrangement. “Personal Possession”, an awkward lovers tune, with a smooth saxophone solo, reminds of the 1950s r&b tunes. “Sweet Music”, with its theme to co-operate, closes this classic album. 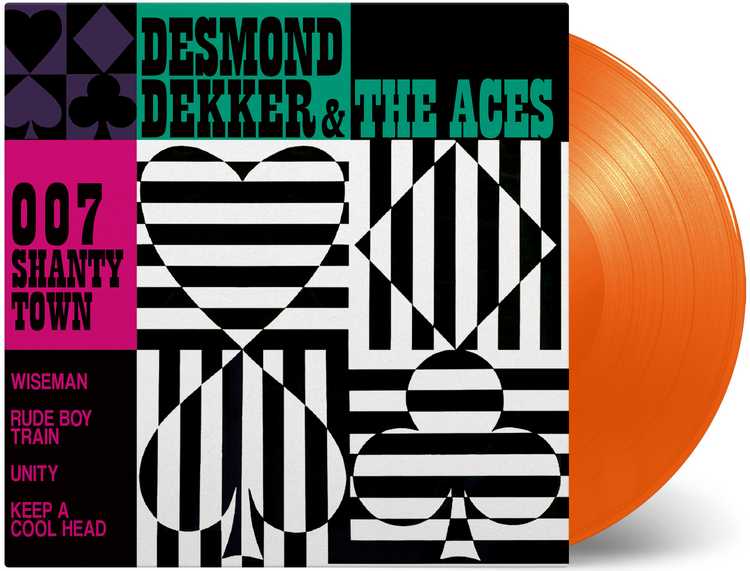