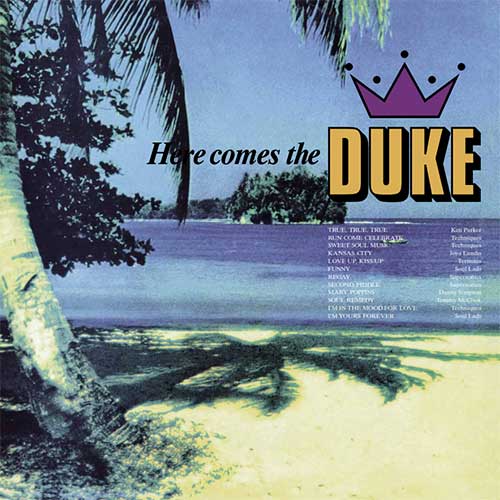 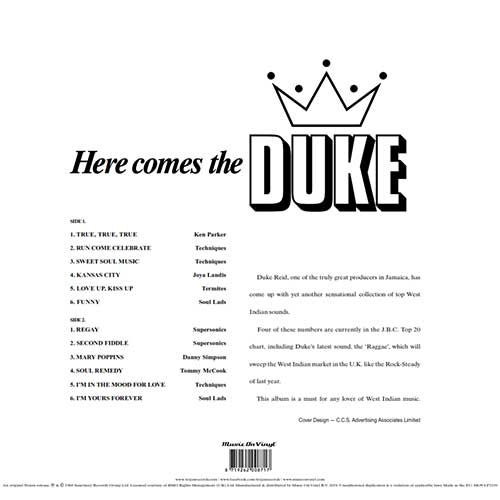 The 1968 LP Here Comes The Duke consists of some of the finest productions of Duke Reid, producer and label owner of Treasure Isle Records. His outlet from the period 1966 to 1968 was reggae at its absolute peak. With production values on a par with those at Motown, Duke Reid was responsible for many of Jamaica’s classic hits. Duke was a colourful character with it’s bandeloro and always carrying a pair of pistols.

After the summer of 1996 the energetic, uptempo ska music changed to the slower beat of rocksteady. The phrase “If you’re ready, come do rocksteady” became the slogan of the years 1966-68. Young Jamaica, blessed with golden voices and inspired by American soul groups like The Impressions, The Drifters, The Platters and the Moonglows and sophisticated crooners like Sam Cooke, Otis Redding and Solomon Burke – sung their tunes like heavenly angels. They were backed by the swinging riddims of Tommy McCook and his Supersonics. Tommy McCook as lead musician and arranger at Treasure Isle played a pivotal role in the development of the label’s sound. In those years no one could compete with Duke Reid’s Treasure Isle, even Jamaica’s other top label Studio One. Rocksteady lasted only for a short period and was replaced by ‘reggay’ or ‘reggae’. The rest is history….

Trojan -who had the exclusive UK rights- issued the LP towards the end of 1968, together with some other various artists albums from Treasure Isle. It became one of Trojans best selling -and sought after- albums, and it’s a pleasure that it’s available once more, courtesy of Music On Vinyl. The Dutch vinyl only (high quality 180g LP’s and 7# pressings) reissue label has already earned respect in the reggae scene with superb vinyl reissues of classic albums. Recently they unleashed Desmond Dekker’s 1967 album “007 (Shanty Town)”. Some of their earlier releases are Errol Brown & The Revolutionaries’ “Dubb Everlasting”, Don Drummond’s “Memorial Album”, Alton Ellis’ “Mr. Soul Of Jamaica”, “Lots Of Love and I” by Bob Andy, I Roy’s “Gussie Presenting I Roy” and Mikey Dread’s “Dread At The Controls”.

All 12 tunes here have one thing in common: they are tasteful, irresistibly danceable, soul-soaked gems. Next to four Tommy McCook/Supersonic instrumentals we get treated to some serious rocksteady tunes from The Techniques, Ken Parker and The Soul Lads. One of Jamaica’s most underrated singers is Ken Parker. He was the founder of The Blues Blenders and recorded some tunes for Byron Lee and Coxsone Dodd. With his unique falsetto voice he will always be remembered for his hit tune True True True. US based Joya Landis (born Wanda Jeanne Vann) was invited by Duke Reid to record some tunes for him. The result was the popular Moonlight Lover, Angel Of The Morning and the song included here Kansas City. It’s an upbeat version of Wilbert Harrison’s 1959 r&b hit.

With their heavenly harmonies The Techniques are recognized as one of the immortal groups in the history of reggae music. Founded in 1962, they were one of the groups that put Treasure Isle on the map between 1966 and 1968. No less than three tunes are featured on this album. First there’s their flawless entry for the 1968 Jamaica Festival Song Competition Run Come Celebrate, followed by the uptempo Sweet Soul Music. Side Two brings one of their most popular tunes I’m In The Mood For Love. The group left Treasure Isle in 1968, with Winston Riley setting up his own successful Techniques record label.

Although not confirmed it’s likely that The Soul Lads were Peter Austin and his singing partners in The Clarendonians, Peter Austin and Freddie McGregor. The recorded only one 7″ for Treasure Isle, the two sides are presented here: Funny and I’m Yours Forever. Lloyd Parks and Wentworth Vernal were The Termites. After cutting some sides for Studio One they scored with the lovely Love Up Kiss Up for Duke Reid. Lloyd Parks became one of Jamaica’s premier bass players.

Four tunes by Tommy McCook & The Supersonics. There’s the hilarious tune called Second Fiddle, a swinging rocksteady version of Popeye the Sailorman! Regay is a rocksteady version of The Old Goatherd from the movie The Sound Of Music. Danny Simpson with The Supersonics delivers a very free interpretation of the Overture from the 1964 movie Mary Poppins. Soul Remedy is an organ driven stomper, not really rocksteady, but very funky! 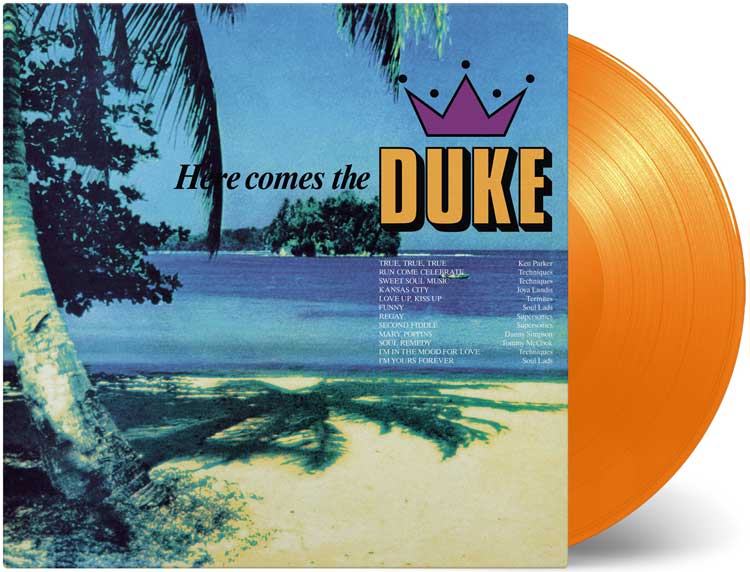 Conclusion An album to have and cherish!