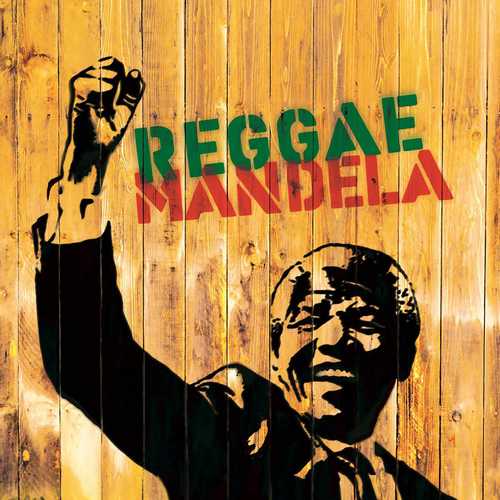 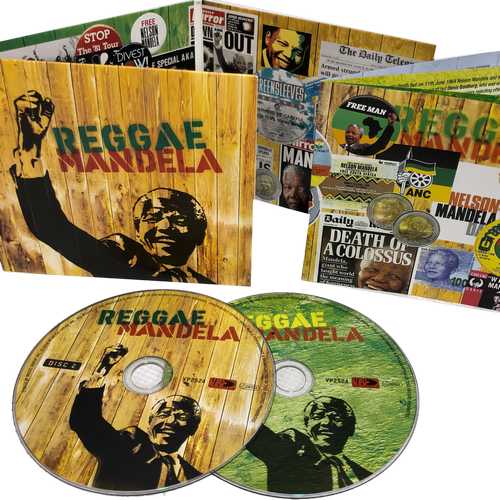 VP Records celebrates the life and legacy of the South African leader, Nelson Mandela, 100 years after his birth and 25 years after his election in April 1994 as President of South Africa. Released for Black History Month 2019, the Reggae Mandela musical package chronicles the awareness within the reggae community of Mandela’s struggles, as well as the collective celebration of his victory over apartheid, his freedom, and his ascension to the presidency.

His struggle -under auspices of the ANC- against the disgusting Apartheid led to his imprisonment in 1962. He served 27 years in prison. Amid growing domestic and international pressure, and with fears of a racial civil war, President F. W. de Klerk released him in 1990. In the 1994 multiracial general election Mandela led the ANC to victory and became president. Widely regarded as an icon of democracy and social justice, he received more than 250 honours—including the Nobel Peace Prize—and became the subject of a cult of personality. He is held in deep respect within South Africa, where he is often referred to by his Xhosa clan name, Madiba, and described as the “Father of the Nation”

Quote from the liner notes by Harry Wise:
“The musical support for Nelson Mandela and dissent and disgust of the apartheid system from Jamaica was not only confined to culturally inclined artists who had fought long and hard to assert their ‘declarations of rights’ but also from each and every one of the myriad, multi-facetted aspects of reggae. From the unequivocal “Gunshot For Botha” to the haunting, thought provoking “Can You” from songs of succour to cries of help, from velvet voiced vocalists renowned for their romantically inclined love songs to the ‘rockstone’ delivery of dancehall deejays, from established veterans to youthful newcomers, from smooth, sophisticated creations to raw, rough and rugged productions… all come together in one common cause.”

The 36 track 2CD set (please note that the LP carries only 12 tracks) opens with the extraordinary “South Africa” by The Mighty Travellers. It was originally released in 1976, eighteen years before the end of apartheid and twenty-eight years after it had begun. What follows is an amazing collection of songs, inspired by revolutionary consciousness and liberation of repression. Lots of songs on the album are well loved and cherished and we’re sure every reggae adept has its own favorite tunes.

There’s “Mandela, You’re Free” from Barrington Levy who delivers with his distinctive whining voice. Half Pint’s “Freedom Fighters” was a typical 1983 heavy Channel One BIG tune for the Jamaican market. Two years later Greensleeves gave it a general release. In 1989 the unlikely combination of Jimmy Cliff and Josey Wales released “Pressure On Botha”. Another combination here is Dennis Brown and Cocoa Tea, who strike all chords with “Shepherd Be Careful”. Such a solid tune! African reggae superstar Alpha Blondy makes a firm statement with “Apartheid Is Nazism”.

Singer Frankie Jones’ “Free South Africa” is a killer tune on par with Junior Delgado’s “Hanging Tree”. Here you’ll also find a young Yami Bolo in exceptional form on “Free Mandela”. It was recorded under the supervision of keyboard virtuoso Jackie Mittoo. There’s a -to us- completely unknown artist called Snowman who is produced by Augustus Pablo. His tune “Black Heroes” runs across a semi digital version the “Answer” riddim. The heavenly voices of The Mighty Diamonds attack the Apartheid system with two tunes: ‘Mr. Botha” and “The Real Enemy”, both Gussie Clarke productions.

Dancehall star Flourgon licks the classic Shank I Sheck riddim with his tune of hope “Africa Don’t Worry”. The Warlord Bounty Killer picks the appropriate “Marcus Garvey” riddim for his celebration tune “Prophecy Fulfill”. One of Beenie Man’s largest and moving singjay tunes is “Steve Biko”, such a good choice to include this one here. Should be played in Full Force! The aforementioned “Answer riddim” is used in full force by cultural deejay Charlie Chaplin for “Free Africa”. Youthman Promotion founder and front man Sugar Minott, Godfather of Dancehall, contributes two songs. First “Nah Go To South Africa”, a tune that appeared on Sugar Minott’s album “Rydim” and next is “A Letter To Nelson Mandela” from 1988.