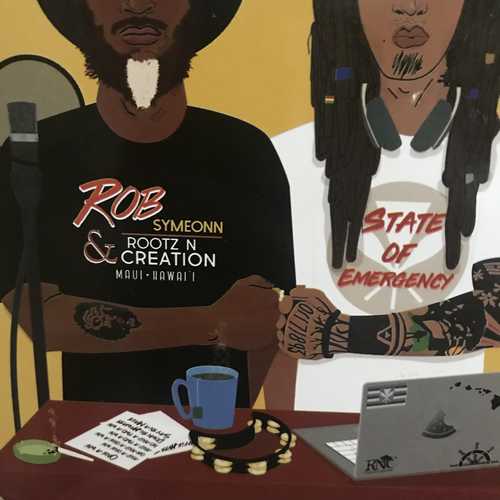 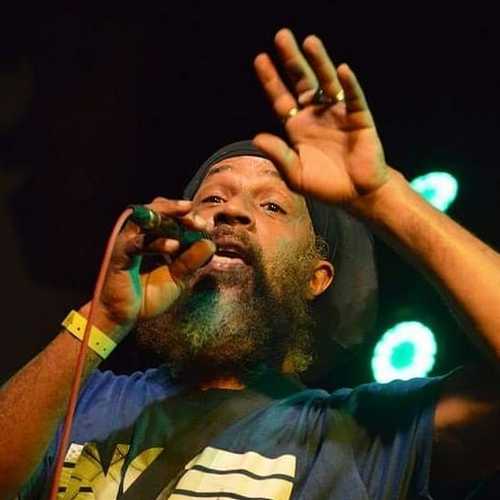 Spark Igniter”. The description that veteran singer ROB SYMEONN has attained since he first emerged on Easy Star Records in the 1990s. Rob has worked with numerous producers from all over Creation with clarity and purpose. “State Of Emergency” is his latest collaboration and showcases his long standing link with Maui’s ROOTZ N CREATION; who have been a mainstay in Roots music for years now. No flickering of the Fyah here…

Rob Symeonn burst to international attention with “Easy Star Vol.1” (1998) with “Anything For JAH” and “If I’m Not Loving Jah.” He has never looked back. He released his debut album, ”Abso-Rootly-Hot” (2001) with Hawaii’s “The Heartical Crew.” Garnered critical acclaim. “The Chosen One” (2005) furthered his credentials. He continued to record some amazing singles along the way. In 2014, “Indigenous” was released by Hawaii’s Jah Youth Productions (respect to Jeffrey Boehler). Unarguably his finest album to date. Since then, Rob has released superb singles and Ep’s along with memorable live performances in California and Hawaii. This year will see a slew of new material from the Rootsman.

Rootz N Creation is essentially the vision of Kaleo De Mello, who creates and produces Royal sounds with help from singers and musicians from Maui and Hawaii massive. They have released some serious albums like their self titled debut in 2012, “Rootz N Creation Meets Army & Biblical” (2017) and the just released “Her Friend Dem.” Kaleo showcases local artistes in addition to International artistes. Big things ahead for RNC. “State Of Emergency” features musicians Kaleo (Jahleo), Lane, Merv, Pono, Brenton and veteran Jahson. Top grade mix and production by Kaleo.

Rob is showcased nicely here; some of Hawaii’s finest singers are front and center also. “When JAH Call” features veteran Teomon; a mainstay on the Roots levels. Over a textured and organic riddim with respect to real authentic sound, Rob delivers a Zion anthem with his mystic delivery. Teomon offers up a fine chanting style. Boom! “Thanks For The Gathering” evokes memories of “Indigenous”. A sure Fyah pillar of lyrical strength over a superb riddim. Teomon and Rootsmon deliver Heartical dimension. Crisp production shining through.

“One A We” is three the Roots way. Over a horns driven riddim detonating with drum and bass accordance, Rob rallies another remarkable anthem. Teomon and veteran Koko Nemet accompany this structure with style and versatility. One of the finest tracks by Rob in recent years. Rewind is a must! The title track is pure urgency. A poignant observation of today’s turmoil navigated by Rob’s wise delivery and Teomon’s hearty chanting. The riddim section is granite tuff with lilting bass, ethereal keys, progressive licks and kicks. Rob’s lyrical power pulls the listener in with vision and intelligence. Sound system steady!

“Bright Sunny Day” exalts JAH light. Riding a Dread Rockers riddim with triumphant horns up and licks, Rob is in absolute flow; sowing seeds of higher consciousness. Dash in a crisp production and slightly Dubby mix and this is a winner. The artiste displays his boundless versatility in full splendor. The closing track, “Time Away” is pure excitement from start to finish. A tight riddim stripped down to Ites essence is the platform that Rob rides to simple perfection. A plea to take time away from Babylon Pressure is true to the core. Brilliant composition!!

Conclusion “STATE OF EMERGENCY” is a perfect example of mutual respect of singers and players of instruments. Rob has been musically and heartically active In Maui’s Blessed vibrations since Easy Star days; the long-standing link shows true. Don’t hesitate on this potent presentation of Rootz music. Go deh!