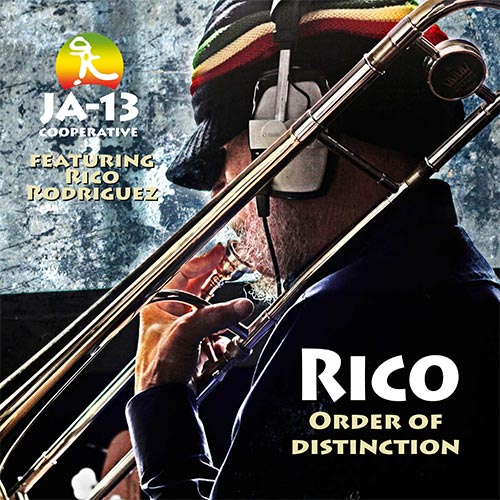 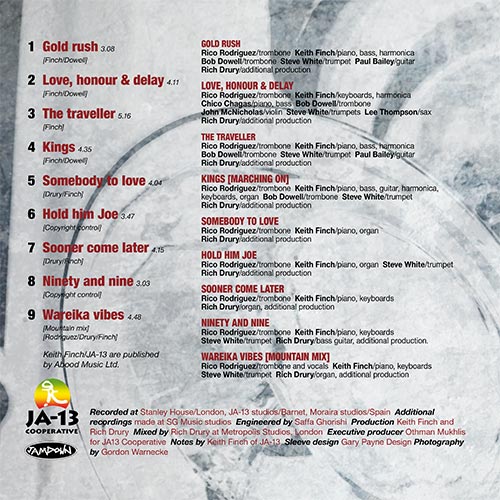 With roots in jazz as well as in the sound of African rooted burru drumming and so-called Rasta-chants trombonist Rico Rodriguez, one of the most prolific session players of Jamaica’s pre-ska era, took part in developing Jamaican music from rhythm & blues to ska and reggae. Within this process he developed his own style, a combination of ska, reggae and jazz. With Vincent Chin he got his first opportunity to release a production as featured artist: “Rico Special” was released in 1961 as well in Jamaica as a year later in England on Island Records. With the release of “Rico Farewell” at the end of 1961 he relocated to London, disappointed by the exploitation of musicians and bad revenues. In the UK he recorded a number of sides for the Island label and gigged extensively on the jazz and rhythm & blues circuits. He also remained a top-notch session player, appearing on Dandy Livingstone’s 1967 rocksteady classic “Rudy, A Message To You”, among others.

In 2000, he took part in “Heroes Of Kingston”, an interesting musical project initiated by London-based JA-13 Cooperative, being Richard Drury and Keith Finch. The former emerged in the late ’90s and was regarded as one of the most promising songwriters in the UK, while the latter, a successful musician with various bands, had always harboured a love for early Jamaican music. For this compilation the legendary trombonist revisited his awesome tune “Wareika Vibes” and turned it into one of the album’s standout tracks. “Heroes Of Kingston” was one of three projects JA-13 Cooperative did with Rico Rodriguez. The second collaboration led to the 2006 released solo album “Wareika Vibes”, which around 2014 was followed by doing recording sessions for another album. However these sessions were cut short due to his sadly passing away in September 2015.

And now, JA-13 Cooperative has finally put out a 9-track album that contains the tracks of Rico’s last recordings and is aptly titled “Rico: Order of Distinction”. The album comes to an end with the ‘Mountain Mix’ of the timeless instrumental scorcher “Wareika Vibes”, one of the standouts that goes on repeat. But before this awesome piece comes out off speakers, the listener has been treated to more well played and fully entertaining instrumentals. Most likely two of them, “Hold Him Joe” and “Ninety And Nine”, are do-overs of standards from Rico’s early days when he was taught playing the trombone at Alpha Boys School. Especially “Hold Him Joe” is candy for your ears and so are the opener “Goldrush”, “Traveller” and “Kings”. Also the remaining instrumental pieces are truly worth hearing as Rico Rodriguez demonstrates his masterful trombone play to the fullest. Besides that, there’s the crisp and clear production quality of the tracks that makes everything sound really nice.

Conclusion A solid and a fine display of the high level of skills of the late Rico Rodriguez.