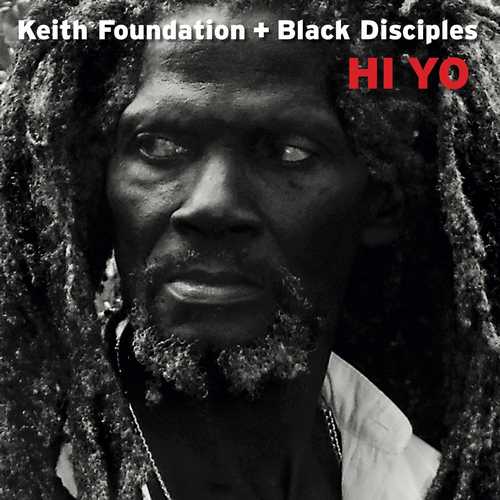 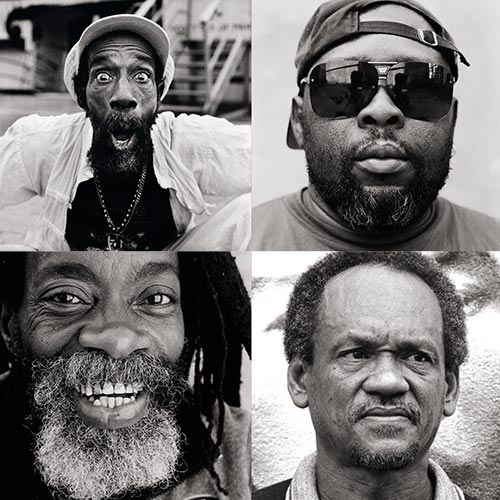 In the past decade long time reggae fans have witnessed a return to the reggae arena of (almost) forgotten artists, who have played a (sometimes minor) part in the history of reggae music. Probably the most striking part of this is that these artists’ come back was initiated by European producers and record labels such as Roberto Sánchez (Earl Zero, Clive Matthews), Fruits Records (I Kong, Oku Onuora), Bent Back Records (Devon Clarke) and Iroko Records (Vin Morgan). And now there’s a next noteworthy project that brings back an artist and group of musicians from the 1980s to the hearts of the reggae fan who remembers them well. They are Errol ‘Keith’ Douglas of the vocal trio Foundation (which furthermore consisted of harmony singers Euston ‘Ipal’ Thomas and Emilio ‘Pupa’ Smiley) and the Black Disciples consisting of original members Leroy “Horsemouth” Wallace (drums), Robbie Shakespeare (bass, guitar), and Earl “Chinna” Smith (guitar), who are joined by Robbie Lyn (keyboards).

Errol ‘Keith’ Douglas started singing the same year The Maytals did the “Bam Bam” Festival song in 1966. The following year, he and Bobby Trusty entered the festival contest in St Mary but nothing happened. The next year Trusty had left, so he entered alone as Errol Douglas and won in St Mary and in Portland, but didn’t win in Kingston. He did a love song for the Festival Song Competition and the people started thinking he was Errol Dunkley, because they both have the same first name and their last names sound similar, and at the time they also had the same voice range. So Errol Douglas knew he had to change his name sooner or later.

He then went to Jack Ruby and auditioned 2 songs there, but was told that he needed good harmonies. Initially there were three harmonies, but one harmony singer left so in the end there were just two harmonies. After a while Errol ‘Keith’ Douglas together with the harmony singers ‘Ipal’ and ‘Pupa’ went back to Jack Ruby and recorded the song “Barriers” (the audition can be watched on YouTube). Jack Ruby then took the song to Chris Blackwell who loved it so much that it led to Foundation, as the roots trio was then called, recording their debut album titled “Flames” in 1988. That same year, Foundation toured in Europe, which in 1989 was followed by a tour in the US and the release of “Heart Feel It”, another album produced by Jack Ruby. Foundation seemed to be well on its way to a long career when Ruby died of a heart attack in 1989. The group fell off the musical map until six years later, when their third album, “One Shirt”, was released in 1995. In 1999, Foundation finally toured the US again. Then Euston ‘Ipal’ Thomas got cancer and passed away in 2001, while Emilio ‘Pupa’ Smiley decided to stay in America.

About 20 years after the vocal trio Foundation had become history, Keith Douglas aka Keith Foundation is back as a solo artist with brand new recordings. And also back, although not in their full original line-up, are the Black Disciples, the studio band that did some great works for Jack Ruby. On paper this album couldn’t disappoint and, thankfully, when you’re finally able to give it a listen… it doesn’t! The veteran singer and the seasoned instrumentalists offer an album which shows the occasional flash of absolute brilliance in its tracks.

“Hi Yo” is an album whose real power comes in its subtleties, which immediately comes to the fore in its title track. The latter has a simple title, but is an absolutely wonderful roots tune to listen to. The brilliant Black Disciples have built a gorgeous backdrop, which can be enjoyed to the fullest as each and every track on the LP comes in extended ‘discomix’ format. Really a good choice and in this case a real treat for fans of high quality reggae music. A musical bit of candy is also the second track, “Mr. Wicked Man”, which is a very solid one. Although underpinned by an impeccable riddim, “Broadway” is the kind of tune that might need a few spins to grow on you. The other side of the LP starts off with “Tek It Like That”, a great message tune dominated by a killer bassline courtesy of Robbie Shakespeare. Real nice to hear is “Rub A Dub”, a feelgood sounding tune that puts a smile on your face. That surely can’t be said of “Mothers Crying”, a social commentary which keeps you involved throughout. This moving tune is without any doubt one of the album’s standouts.

If you want to hear and fulljoy the Black Disciples riddims without the vocals, you’ll have to download the instrumentals. This also goes for “They Never Listen”, a vocal track which isn’t included on the vinyl LP. The simple reason for this is, that otherwise the dub parts of the extended tracks had to be cut down.

Conclusion A great and welcome return from an (almost) forgotten artist.