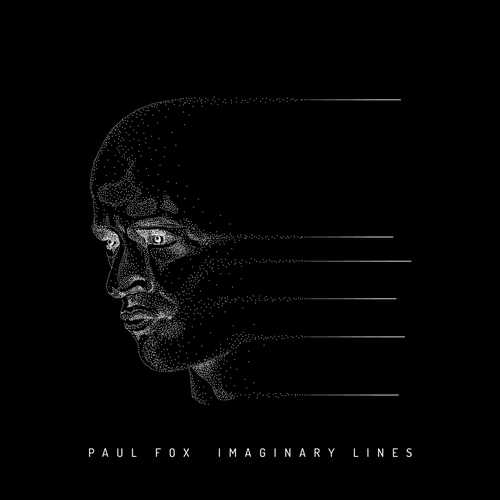 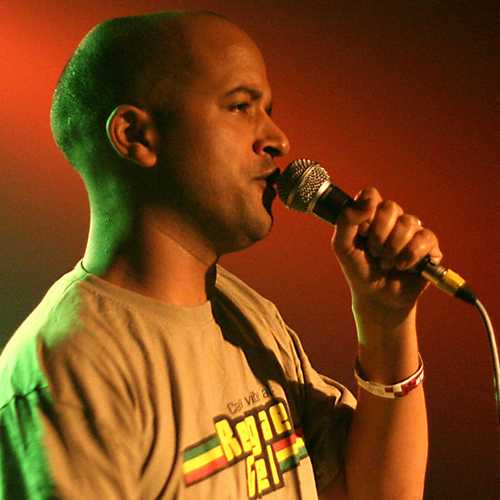 There comes a time when a committed Roots artiste has firmly laid down their foundation and feel comfortable releasing message music with different genres. History has revealed that this approach can work. Dennis Emmanuel Brown, Errol Dunkley and Earl 16 are examples of the process working. U.K Rootsman Paul Fox has delivered resonating albums for years now. His new album, “IMAGINARY LINES” is a departure from his brilliant catalogue. His avant-garde approach to the new album is nothing short of amazing..

From his music outpost in Southern England, Paul has been releasing and producing poignant works since the early ‘90’s. Years prior, he rose up in Sound System culture. In 1992, he cut his initial 12” with the great Nick Manasseh and has stayed the course. By the mid ‘90’s, his Sound Business Studio/Label delivers time and time again. Mr.Fox is a prime example of making solid impact with independent approach and absolute consistency. Not easy at all. Albums like “Walls Of Jericho” “Break Free” and “Heartical Connection”(with Brother Culture-2016) are essential. His multi talents have yielded a long link with Alpha & Omega and crucial production with Mykal Rose, Vernon Maytone and many others. Commitment all the way…

“Time Like This” is anthem that beckons repeated rewind. Paul delivers universally and urgently on worldly crisis. Over a skanking riddim ripe with lush arrangements that nicely touches versatility. The production’s caliber is polished flawlessly. The Rootsman has a original style of “message music” carried outside traditional Reggae lines. Paul is known for his Roots Reggae tones; he visioned outside the box and the results are deep and powerful. “What We Want” is complete quality! In his urgent wailing, Paul rides high on a Roots stock riddim. A brilliant social observation elevated by ethereal keys and upfront bass with serious flow from BRMS. Hear this one and hear it again and again.

“Downtime” is versatility road. The riddim is twined with lush arrangements and techno exploration that works. Paul rides this whole heartedly with backing vox from Helen Fox. Remarkable composition!! “Take A Stand” is a big sound. Hip Hop inflections that catch wisely. Paul is commanding on this anthem with the talented Fee-Z potent on the rhythms. The most adventurous song of Paul’s career; one can sense the he put all chips in-winning hand. This is heavy stereo necessity. “My Generation” is for all nations. Niyabinghi pulses with Paul with acoustic guitar levels and Jake Naugle tight on kicks. Eleanor and Paul Fox are crucial on this folksy ballad that is compelling indeed. Paul’s dubby mix is top level…

“Tribal War” is many levels high in the sky. Paul composes a tour-de-force that’s touched with Dancehall, Soul and unique riddims that excite. Dash in the contrast of singer Demba Diadieuf and wailing from Elanor and the right ingredients are there. Paul’s songwriting is a true gift. A song that deserves repeated investigation to fully apprecilove. “So Blessed” is Live and Love strong. The riddim is Rootical in nature with Federico Buffa’s vibrant guitar and Jake’s drums raising the bar. Paul joyfully exalts the elements in Life that can be taken for granted. Boom! “Gonna Be Fine” is another heavy one with Reggae and Hip Hop fusing that creates Fyah sparks. Upfront flow from Maya Miko with Paul delivering in ethereal tones. Truth is spoken wisely throughout. A banging great song!

“Fast Lane” continues in Royal vein. This is Paul’s signature style. A crisp Steppers riddim with great trumpet/trombone from Will Allen. Mr.Fox delivers in a singjay style that blends well with his Mad Professor caliber mix. Reality anthem that’s on point. “Living in the fast lane, really could a blow your mind”. Standout selection! The album finishes with the title track in pure brilliance. A forward thinking riddim with a myriad of music stylings laced with Vanja Grastic’s searing axe work. One will hear Rock, Hip Hop, Soul and so much more. Paul’s ability to incorporate so many moving parts in one flowing cohesion is a testament to his artistry. Another track that beckons repeated listening for total effect.

Conclusion PAUL FOX makes a solid step with “IMAGINARY LINES”. Pertinent message music presented in manners where few veteran Reggae artistes have ventured. Every track works and is brimming with unique tones. An essential album for all reasons and seasons. Go deh.