The Congos – Back In The Black Ark 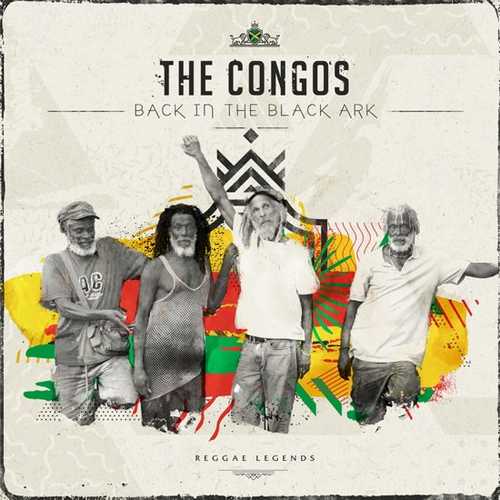 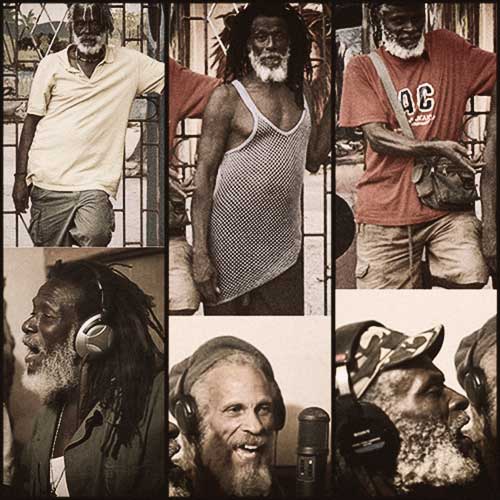 The Congos – Back In The Black Ark

Mention The Congos to any reggae fan and, no doubt, he will instantly refer to their masterpiece “Heart Of The Congos”, which they recorded with legendary producer Lee “Scratch” Perry, way back in 1977. The founder and heart of the Congos is Cedric Myton who started at a young age producing music. At age 16, Cedric was the leader of the Tartans (Cedric, Devon Russel, Prince Lincoln Thompson, & Preps), who recorded “Dance all Night”, a number one hit in Jamaica. In 1975, along with Lincoln Thompson, Cedric formed The Royal Rases and recorded the album “Humanity” on the United Artists label. Later that year, Cedric formed the Congos, teaming up with Roydel Johnson.
As mentioned earlier, the excentric and legendary producer Lee “Scratch” Perry, produced and mixed their classic album “Heart of the Congos” in the famous Black Ark recording studio. He added the deep bariton of Watty Burnett to complete the classic line-up. That album, voted greatest reggae album of all time, lay shelved for more than 20 years-victim of a money dispute between Chris Blackwell and the record company. But finally Blood & Fire re-mastered and re-released it in 1996, with lots of extra stuff. A few albums followed, but did not achieve the status of their debut album. Burnett quit the group, soon followed by Johnson, who embarked on a solo career. Myton continued to record as The Congos with various other musicians until the mid-1980s.

Back In The Black Ark

In the 1990s several albums were released, but it was not untill 2009 that the original line-up was reformed, with additional member Kenroy Fyffe. They reunited with Lee Perry to record the album “Back in the Black Ark”, which, despite its title (hardly possible in a fire-ravaged Black Ark!), was recorded at Myton’s studio in Portmore and at Mixing Lab, Kingston. Gaylard Bravo was the engineer, and Lee Perry was assisted by Clive Hunt and The Congos. The list of backing musicians comprises a host of Jamaica’s top veteran musicians such as Leroy ‘Horsemouth’ Wallace, Boris Gardiner, Tony Asher, Dwight Pickney, Glen DaCosta, David Madden, Earl ‘Chinna’ Smith and Robbie Lyn.

It’s a joy to hear well arranged and tight played riddims, and Cedric Myton’s great, soulful falsetto vocals along with the wonderful harmony vocals that backup his distinctive voice. The set brings us original tunes as well as a few covers. Album opener Chain Gang sees the Congos reworking in uptempo style Sam Cooke’s 1960 hit, with Watty Burnett’s bariton being responsible for the well known bass refrain. Raining Night In Georgia sees the aforementioned Watty Burnett in really fine style, re-doing Tony Joe White’s Rainy Night In Georgia. He did the same tune in 1977 for Lee Perry as Rainy Night In Portland! Also very interesting is Tip Of My Tongue. This unknown soul gem from 1971 was a hit for Brenda & The Tabulations in the US. The Congos stay pretty close to the original tune, combining the original arrangement with a subtle reggae backdrop. The last cover is a non-reggae, soul version of the 1962 Drifters’ hit Up On The Roof.

The rest of the tunes are self penned songs. Let’s start with the album’s highlight. Garden Of Life written by Cedric Myton and Lee Perry, lead by Cedric’s falsetto, is pure upliftment delivered over a bubbling backbone. Even Lee Perry’s vocal contribution fits in tight! On par with Garden Of Life is Celestial World, a forward ever, positive track with solid arrangements. Switch to Forever Young. A lightweight tune with an addictive riddim and fine horns arrangement.

Limited Edition - Get Your Copy Here!

Conclusion The orginal Congos deliver a solid roots reggae album with the help of Lee Perry.