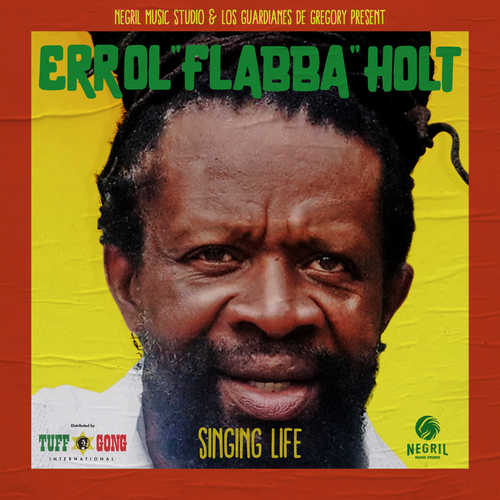 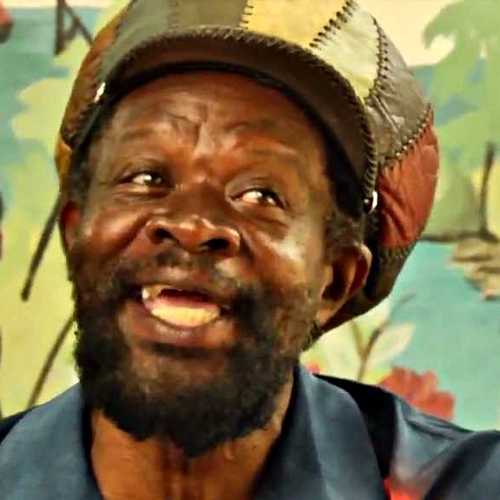 After more than 30 years without releasing an album as a singer, Errol “Flabba Holt” Carter, founder and leader of the mytical Roots Radics band, returns as a vocalist with a 5 track EP album entitled “Singing Life”. The EP is also an introduction to Los Guardianes de Gregory (LGDG), the Argentinian backing band for this noteworthy project with Errol “Flabba” Holt.

Feda Soto Roland, producer and recording & mixing engineer of the EP: “We met Flabba in Buenos Aires around April 2018 while he was touring with Israel Vibration & the Roots Radics. After the show we invited him to our studio to record some bass lines for an Israel Vibration’s spanish tribute that we were producing, and that night we surprised him with our instrumental version of his first composition, “Heart In Danger”. He loved it and decided to sing it right there… and that was the beginning of this amazing project.”

Errol “Flabba” Holt is one of the living legends in the history of reggae music. Besides being a singer in his own right, he was a member of The Morwells and the creator of many of the most recognized basslines ever created in reggae music. He played with the most renowned Jamaican artists, from Gregory Isaacs to Dennis Brown, Triston Palmer, Michael Prophet, Freddie McGregor, Barrington Levy, Israel Vibration, Yellowman and many others.

This release brings Errol “Flabba” Holt back to his singing character, prior to his sojourn as bass player par excellence with the mighty Roots Radics, the well-respected studio and stage band, which dominated the dancehall reggae sound in the first half of the 1980s. The 5 tracks of this project are all updated versions of tunes “Flabba” Holt recorded in the second half of the 1970s.

“Gimmie Gimmie” was produced by Michael Williams aka Prince Far I and originally released in Jamaica on the producer’s Cry Tuff label in 1976. The same year it was released in the UK on Casto Brown’s Morpheus imprint. With “Heart In Danger” Errol Holt delivers the third version of this wicked song that originally came out on the Distant Drum label and then was titled “My Heart Is in Danger”. In 1982 an updated version of the song was produced by Sly & Robbie and released on their Taxi label, but now retitled “Danger Zone”. Errol Holt’s cover of Delroy Wilson’s “I Am Not A King” was released in 1978, while “Babylon Queendom” is a track from the 1978 album “Visions Of Africa”, which was produced by Neville Beckford aka Jah Woosh. The A. Smith Jr produced single “Don’t Tell A Man” was released on the Black Belt label in 1976.

After all those years, “Flabba” shows that vocally he’s still in good shape, which makes it a real joy to listen to the new versions of his classic songs. Besides that Los Guardianes de Gregory have done an great job, delivering each backdrop in royal style. And as all tracks are well produced and expertly mixed, the quality is evident. Each and every tracks is truly worth hearing, but the ones that go on repeat have to include “Heart In Danger” and “Don’t You Tell A Man”.