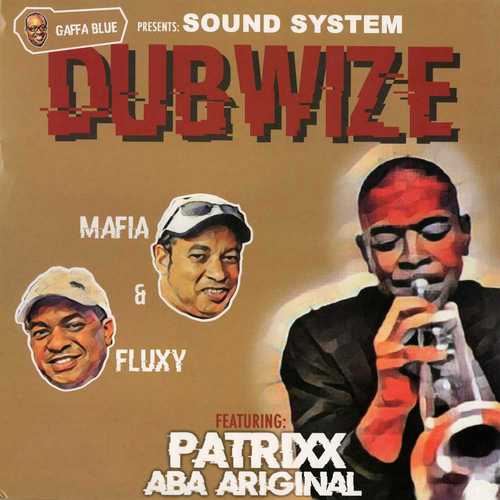 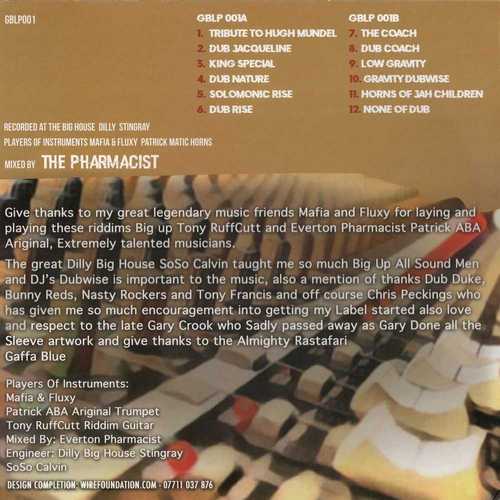 With “Sound System Dubwize”, the first album release on Gaffa Blue’s label, there’s a new album out on the streets that can be added to the must-have list of anyone who is a true fan of instrumental reggae. “Sound System Dubwize” is the natural successor to the April 2017 released LP “Aba Ariginal Meets The Pharmacist Inna Dub Session”. Just like the latter this new 12-track set is a Showcase album, the instrumental followed by its dub counterpart.

Gaffa Blue gained his knowledge at Dub Vendor’s, the renown record shop where worked for 15 years. He’s the owner of London-based Nasty Rockers Sound System and one of the most versatile selectors. He licensed records from JA and UK producers and with his company GB Distribution he distributed Reggae music in the UK. Recently he founded a record label that carries his name.

North London’s mighty riddim section and production team Mafia & Fluxy, consisting of brothers Leroy (bass) and David Heywood (drums), entered the Reggae business some 42 years ago. Since then the successful duo has been backing countless artists on tour; built riddims for producers like Bunny Lee, King Jammy, Donovan Germain, and Philip “Fatis” Burrell; started their own label; remixed tracks for artists such as Janet Jackson, and produced a whole heap of artists. Besides that Leroy Mafia has also enjoyed a solo career.

Patrick Anthony Tenyue aka Patrixx Aba Ariginal is one of the UK’s original horns men who, together with his brother Henry ‘Matic Horns’ Tenyue, started as a young player with the group Matumbi. He played with many groups in the UK, including UB40 and Aswad, and is featured on a whole heap of UK and JA tracks. The veteran trumpeteer takes the sound of the horns into its rightful place in Reggae music just like in the days of Ska and Rocksteady where instrumentals were played by the DJ’s of the day to the joy of the people everywhere.

The “Sound System Dubwize” project brings together Mafia & Fluxy and Patrixx Aba Ariginal once again, while also dub wizzard The Pharmacist has been brought in to do his respected work at the knobs. Their previous LP “Aba Ariginal Meets The Pharmacist Inna Dub Session” contained solely killer instrumentals and dub versions, and this follow-up set is no different. The stellar album features Mafia & Fluxy laid and played riddims (with Tony ‘Ruff Cutt’ Phillips on rhythm guitar) of classic tunes like Hugh Mundell’s “Jacqueline”, Nat King Cole’s “Nature Boy”, Bunny Wailer’s “Rise & Shine”, Dennis Brown’s “Stage Coach”, and Ras Michael’s “None A Jah Children No Cry”. Furthermore there’s an updated version of the riddim known from Patrixx Aba Ariginal’s 2018 instrumental “Low Gravity”, included on Vivian Jones’ 12″ single “Blinded”. With Patrixx Aba Ariginal superbly and highly inspired blowing on top of them, he does every one of them fully justice. And thus the listener is treated to six killer new roots instrumental versions. And as icing on the cake, they are all followed by a matching, expertly created dubbed up version.

The LP can be purchased at :