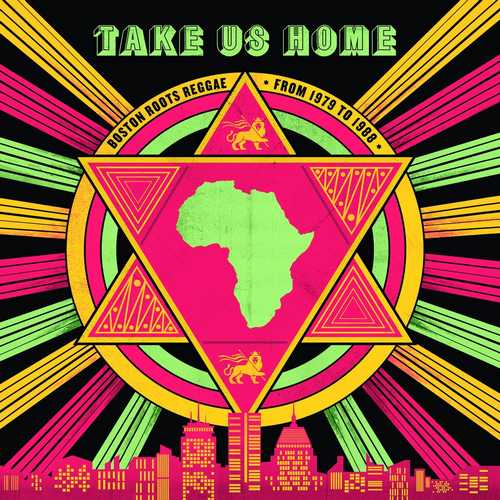 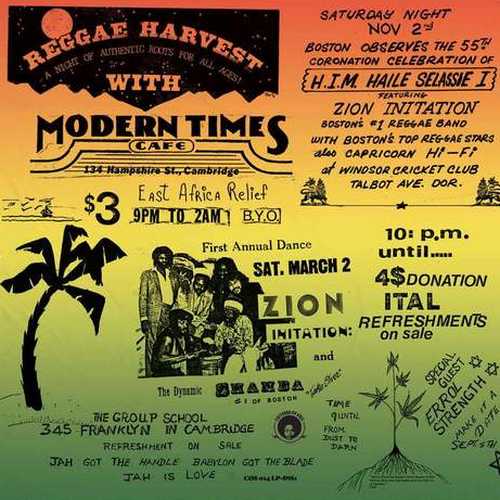 King’s Music shows no boundaries, the levels are embedded internationally. U.S. Roots Reggae has been thriving for decades with some quality compilations showcasing the sounds. “Dread In America” trio of chronicles are essential. ROIR Records’ compilation is firm alongside many others over the years. “TAKE US HOME”-BOSTON ROOTS REGGAE FROM 1979 TO 1988” is one of the most engaging and compelling musical looks in many years. The Eastern seaboard City Of Boston was the scene for some of the tuffest and original Roots music and the region’s input continues..
This top grade collection is Cultures Of Soul Records’ signature vision-find rare and unreleased music to embraced by selectors and music lovers globally. The Boston based label has been delivering since 2010. Respectable movements by founder Deano Sounds and historians Noah Shaffer/Uchenna Ikonne for unearthing and presenting this historic and potent works. These singers and players of instruments released serious gems that deserve this attention. Their rare records are way up in the collectors’ market. Glorious sounds in all 17 tracks.

Things kick off nicely with “Love Is A Pleasure”. Freddy McKay’s classic is revisited by the groundbreaking I-Tones. Classic tones from the road clearing band that included Horace Reid, Chris Wilson (Heartbeat Records founder), Luke ”Ram” Ehrlich and Abdul Baki. A vibrant sound with nuances of Jacob Miller. Their initial release -boom! The next tracks showcase the Zion essence of Danny Tucker, JA born singer/musician whose solo and collaborative efforts with other Roots bands from Boston area are undeniably Royal strength. An artiste with the unwavering purpose that keeps JAH legacy alive. “Take Us Home” (1979) is regarded as the initial Roots single to come outta Boston. Recorded at Channel One with the likes of Bongo Herman and drummer “Fish” Clarke, it was released in Boston to radio rotation and massive acclaim. “Changes” is top ranking in all aspects with Lloyd Parks & We The People Band so skillful riddimwise. “Our Father’s Land” is one anthem that grabs full attention from the get go. Dash in some Rass Brass levels and this is classic material. Rewind!

The next portion showcases Zion Initation, another powerful Roots band brimming with talent. Created in the late 1970s, many skillful singers and musicians passed through. Talking about founder Ras Ipa Fenton, Ras Jackson, Danny Tucker, the great Lenky Roy, Abdul Baki and Kette Man (from Sons Of Negus) and more. Their deep Roots sounds captured full attention; with the brilliant and rare “Showcase” album (produced by Mikey Dread) and international tours on their own strength and with Culture and many more.

The next musical segment focuses on Healin’ Of The Nations. These groups have a natural link it seems. Zion Initation keyboardist Igene formed this Royal ensemble alongside Ras Iphius. This group featured the genius of trumpet man Kevin Batchelor(who carried forth with Wackies, Steel Pulse , Skatalites and remains fully active today). Lead singer Rocky elevated the strength in 1981. Their only album, “Love Is The Answer” (1982) is a rare and bonafide classic!! Active until 1983, two of singers/musicians from aforementioned groups passed through. Ras Ipa/Danny Tucker contributed to their album. Fellow vocalist Ace seamed just nice with Rocky and founder Igene. All in all, these committed messenjahs created some brilliant music!

“Without Your Love” is a skanking sweet Love line with sure Fyah lyrics to riddim flow. Nothing flashy, just sweet sounds that cradle the essence of King’s Music. Vibrations that truly reflect the vibrant musical atmosphere of the early ‘80’s. Rocky (who cut teeth of JA sound systems) shines so bright on the latter part of this stellar cut. The Fulljoyment continues with the buoyant, “Nations Unite”. Ace’s heavy bass in sync with Pablo’s taut drumming. A powerful ode of universal level vibes with sincere vocals, emotional harmonies and ital stride. Press rewind!! “Love Is The Answer” is the title track from their masterpiece platter. Their original sound is front and center here. A brilliant display of Heartical wailing and serious chat style that resonates long after. Niyabinghi bedrock with graceful licks and kicks and serious bubbling. Amazing composition !!

The next chapter is devoted to Lambsbread. Pioneers of Vermont Reggae runnings, the groundbreaking group were so active on Boston area stages, they were considered Boston’s solid. Bobby and Dannis Hackney founded this well versed group in 1983 (Bobby also co-founded the world famous Vermont Reggae Festival). Classic albums ensued…”Truth Of It Is…” and the Kingston recorded, “International Love”. Many of these groups recorded in JA during the 1980s. The lineup evolved through the years; Hackney Brothers anchoring with such greats as toaster JAH Roy, guitarist Jeff Kennedy and later percussionist Mikey Stronghold and singer Clement Moore. “Country Girl” is classic tones from their debut. A sweet Rocker complete with vivid guitars, Simmons drums and Bobby executing a warm and inviting delivery. Natural bliss embedded with rock stone foundation. Pure delight!

“Two Minute Warning” is a potent observation of Love’s turbulence. Anthem strong, this bubbling track has a razor edge that has international appeal. These compositions were not hashed out; thoughtful lyrics with riddim that gracefully inflect Roots/Rock value that’s quite infectious. “International Love” is the title track from their second album recorded at Channel One supervised by ace engineer Donovan Phillips. One can hear the group’s rising from strength to strength. A crisp and urgent vibration that’s pure engagement. Lilting bass and drum alongside lyrics full of Fyah. Real deal sound!

The final chapter settles on Errol Strength. Arriving in Boston in 1969, this legendary veteran had auditioned for Studio One and brought Ska and Rocksteady experience with him. After stints in Zion Initation and Healin’ Of The Nation, Errol rose in strength in 1985. Going forward to Kingston, he recorded two classics, “Errol’s Love” and “Oh What A Saturday Night”. The former is a glorious relick of Eddie Kendricks’ “Eddie’s Love”. Recorded at King Jammy’s, this is killer! Dancehall tight, Errol’s soulful urgency is just amazing. He exudes the power of the late, great Jr.Delgado. Sound System ready. This song has International chart busting ability; it deserves rightful acclaim for sure. The latter is his debut scorcher backed by Roots Radics. Instant classic from the get go. Errol possesses an unforgettable vocal range and rides the Cool Ruler caliber riddim to the top. These are two ultra scarce singles that are so great to hear. Errol continues to perform to the adoring massive to this day. Absolute respect to one and all involved and showcased within this historic compilation.

Conclusion “TAKE US HOME” hits JAH mark in every aspect. It shines light on highest level message music that many will hear for the first time and gives recognition to the singers and players that made these classic sounds with clear view vision and inspiration. Absolutely essential!! Go deh!!