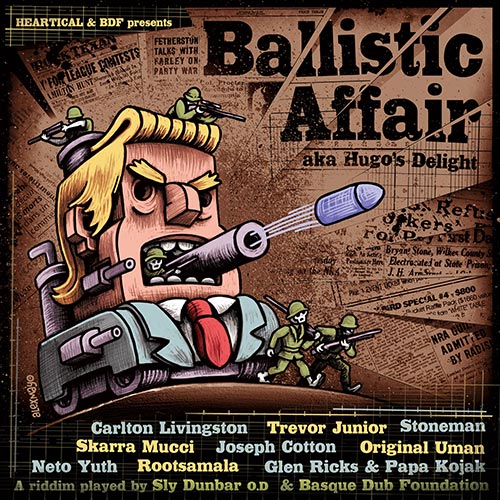 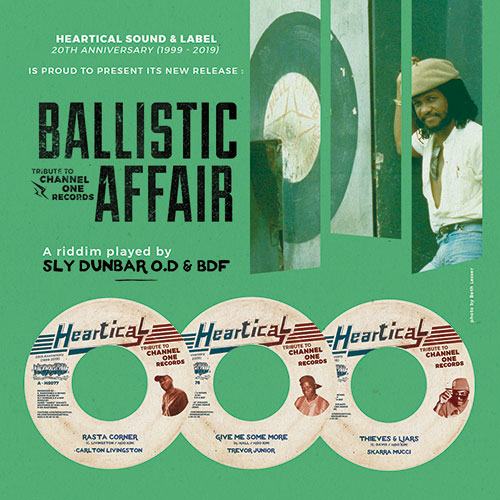 Heartical, the French reggae/dancehall label based in Paris, celebrates 20 years in the music business with the release of a brand new juggling set. The latter features cuts across a new version of the riddim that underpinned “Ballistic Affair”, the 1976 released popular stone cold classic rockers tune from Leroy Smart, which was produced by Joseph ‘Jo Jo’ Hoo Kim and came out on the Well Charge label.

The Heartical production team dedicated this collection to the memory of Joseph ‘Jo Jo’ Hoo Kim, who sadly passed away on September 20, 2018. He was the eldest of the four Hoo Kim brothers who created the legendary Channel One Studio in 1972, located on 29 Maxfield Avenue in Kingston, Jamaica. By the mid ’70s the Channel One house band, the Revolutionaries (built around Sly & Robbie), had begun to extensively recut older riddims, frequently sourced from Studio One (think “Angola” = “Darker Shade Of Black”, “MPLA” = “Freedom Blues”, “Top Rank” = “Mr Fire Coal Man” etc.) And also “Ballistic Affair” was based on a Studio One classic, being a ferocious updating of the “College Rock” riddim.

For this project the mighty Basque Dub Foundation in collaboration with legendary award-winning drummer Sly Dunbar O.D have created a new version of the militant sounding “Ballistic Affair” riddim. Besides Lowell ‘Sly’ Dunbar, who was involved in the creation of the Channel One version of the riddim, the tracklist of this release also includes the names of Jamaican veteran artists who back then used to record at the famed recording studio; Carlton Livingston, Trevor Junior, and Joseph Cotton aka Jah Walton. Furthermore the list features the label’s household names such as Papa Kojak, Rootsamala and Original Uman along with newcomers Neto Yuth and Stoneman.

Carlton Livingston, whose “Rumours” was the singer’s best-selling single, gets things started with the solid “Rasta Corner”. The late great Trevor Junior delivers a great herb tune called “Give Me Some More”, while the raggamuffin Skarra Mucci makes a real good impression with the huge social commentary “Liars & Thieves”, one of the album’s highlights. The Spanish sister and brother duo Rootsamala treats us to some sweet vocals and harmonies on “The Joy Of Life”, before Joseph Cotton pays tribute to all mothers. Next comes “Turf War” from Canada-based singjay Neto Yuth, who asks to put an end to all turf wars. Not overly fond of Glen Ricks & Kojak’s version of Bob Dylan’s “Blowing In The Wind”, although the parts done by rub a dub deejay Kojak are really nice. A solo cut by Kojak on this riddim would probably have made a better impression. Then it’s time for two rough soundbwoy tunes (in French) from Belgian singjays Stoneman and Original Uman. The album is rounded off with “Ballistic Percussion”, a decent percussion version by French drum expert Nicodrum, a wonderful sounding organ instrumental with Inyaki playing a selection of classic organ riffs and, last but not least, the wicked dub version “Dub Ballistic”.

These three double-A sided singles will be available on May 31, 2019.

Conclusion This redo of a classic riddim is worth hearing.