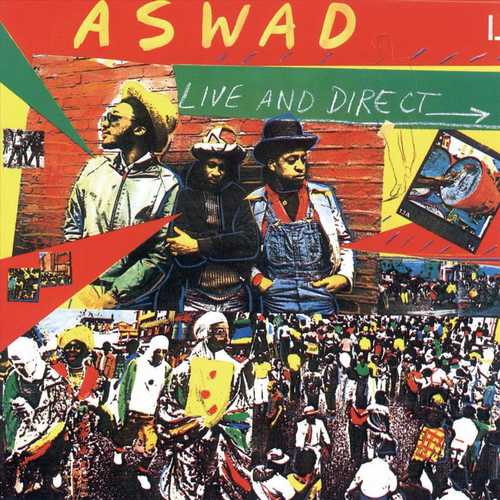 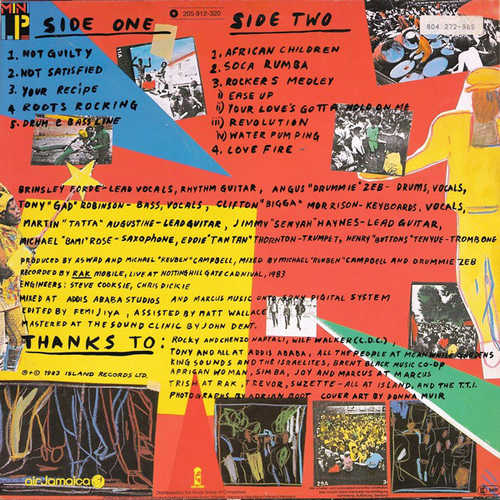 Although The Cimarons, Undivided Roots, Greyhound and Matumbi, all came before them, Aswad were more or less marketed as the first major Reggae band in the UK by Island Records. But they weren’t! What they were, was the first UK Reggae band to be given the treatment only reserved for rock bands at that time. And it worked. Aswad did become the major UK Reggae band! And yet it only worked because the band was talented in the first place.

The nucleus of the band, which was formed in the same year as Steel Pulse, was Brinsley ‘Dan’ Forde (vocals/guitar), George Oban (bass), Tony ‘Gad’ Robinson (vocals/keyboards) and Angus ‘Drummie Zeb’ Gaye (vocals/drums). When Oban left the band in 1980, Robinson took over bass duties. In the 1980s Aswad’s sound was enhanced by a great horns section built around variations of Michael ‘Bammi’ Rose (alto saxophone), Eddie ‘Tan Tan’ Thornton (trumpet) and Vin ‘Don D Junior’ Gordon (trombone). At this time – and for the best part of a decade – they were the foremost roots reggae band in the UK.

In 1983, seven years after the release of their self-titled debut album, Aswad were at their prime when they recorded their crowd-pleasing performance in Meanwhile Gardens at Notting Hill Carnival. On stage Brinsley ‘Dan’ Forde, Tony ‘Gad’ Robinson, Michael ‘Bammi’ Rose and Eddie ‘Tan Tan’ Thornton were joined by Clifton ‘Bigga’ Morrison on keyboards, Jimmy ‘Senyah’ Haynes & Martin Tatta’ Augustine on lead guitar and Henry ‘Buttons’ Tenyue aka Matic Horns on trombone. The recording meant a triumphant return to Island Records, after having left the label for CBS.

With “Live And Direct”, Aswad delivered one of the very few live reggae albums of real interest, which thirty-six years later is still evident. The album takes off in fine style with a nicely done live version of “Not Guilty” from the 1979 album “Hulet”, which is followed by “Not Satified”, the title track of the band’s 1982 album for CBS. Drummer Drummie Zeb then becomes the lead vocalist for the appealing lovers piece “Your Recipe”. The Lovers Rock style then again comes to the fore on the infectious “Roots Rocking”, which was released on 7″ and 12″ vinyl in 1983. For a different style Aswad returns to their “Not Satisfied” album and its track “Drum & Bass Line”. The mellifluous vocals, horns parts and dubbing makes it a joy to listen to the live version of this tune.

Although Side A is certainly not bad, Side B is the payoff. It all starts with the real tough sounding “African Children” from the 1981 album “New Chapter”. This exciting piece has crucial vibes and gives you goose bumps every time you hear it coming out of your speakers. Pure magic, pure inspiration, pure classic! “Soca Rumba” is a nice, short interlude, before the listener is treated to what can be regarded as one of this record’s most impressive and interesting parts. “Rocker’s Medley” features the band’s versions of dancehall favourites from that time such as Linval Thompson’s “Ease Up”, Dennis Brown’s “Your Love’s Gotta Hold On Me” on the “Heavenless” aka “Entertainment” riddim, Dennis Brown’s “Revolution” and Johnny Osbourne’s “Water Pumping”. With the mighty “Love Fire”, which stellar riddim was also used for the Aswad produced Dennis Brown roots killer “Promised Land”, this great live album comes to an end. 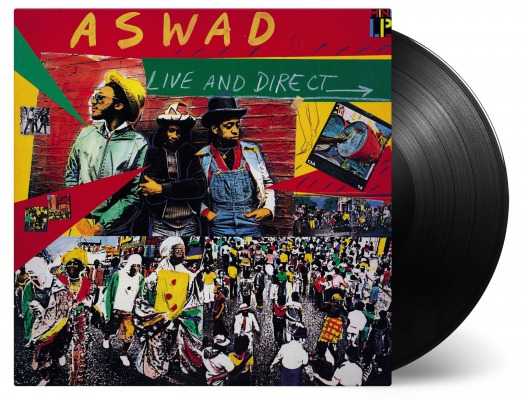