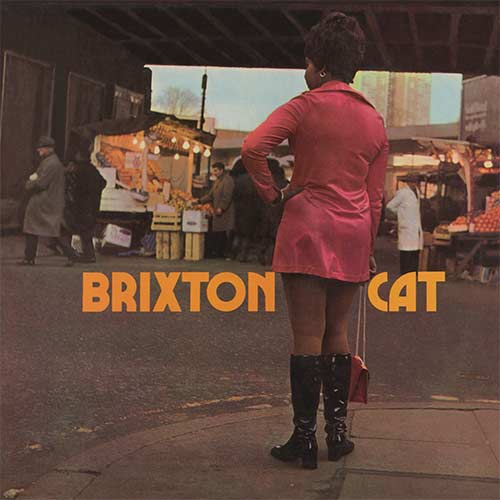 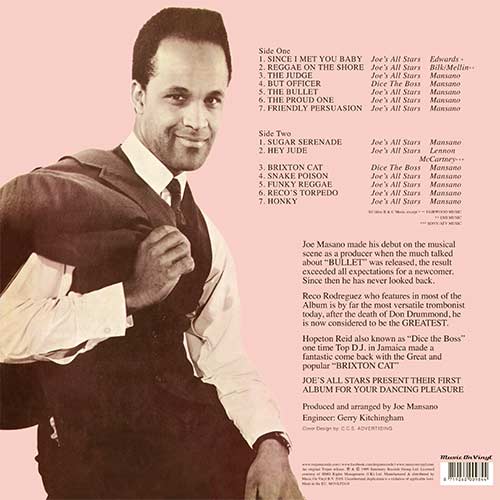 Joe Mansano came to the UK in the early 1960s to study accountancy, but never finished this study. Instead he got a job at the beauty shop Dyke & Dryden which opened its doors at 43 West Green Road in North London. Besides selling cosmetics he also sold records to the growing West Indian population. From there Joe got more and more involved in the record business. Joe opened his own record shack, Joe’s Record Shop in Brixton Market. He made his debut as a producer when he released the single Life On Reggae Planet in 1968. But his breakthrough came in 1969 with a single from ace trombone player Rico Rodriguez, The Bullet. That tune was recorded before Life On Reggae Planet, but was held back.

The success of the singles The Bullet and later Brixton Cat led to the release of the album of the same name, Brixton Cat. Trojan Records offered Joe his own label and inaugurated the ‘Joe’ label in May 1969. The album was a big seller and still remains sought after by collectors. Joe’s main session band was the Rudies, and occasionally the Cimarons, with additions like Rico Rodriguez. Recordings were done at Chalk Farm run by Vic Keary and Graeme Goodall’s studio.

Brixton Cat is a very danceable, rhythmic set, underpinned by Rico’s trombone and haunting keyboard riffs. The album opens with a cover of Ivory Joe Hunter’s 1950s hit single Since I Met You Baby. It shows that Joe also produced melodic tracks meant for the more mature audience. The same goes more or less for the next tune Reggae On the Shore, a fine reworking of Acker Bilk’s Stranger On the Shore. And then there’s Joe’s vivid interpretation of The Beatles’ Hey Jude.

But then the style changes! The uptempo reggae beat takes over. Both The Judge and But Officer feature dj snippets. The Judge is credited to a dj called Josh, while on But Officer Dice The Boss, aka Pama Dice aka Hopeton Reid delivers the vocal parts. He was a live DJ for Prince Buster in Jamaica before relocating to London and persuading Joe to give him a try on the microphone. Rico shines on the breakthrough tune The Bullet. Side one closes with a the riddim stomper Friendly Persuasion.

First comes the self penned bluesy and funky instrumental Sugar Serenade. The dj Dice The Boss goes 100% on the rude Brixton Cat. The rest of the tunes are instrumentals with Rico as lead instrumentalist. Funky Reggae is a calypso tingled instrumental, while Reco’s Torpedo features an unknown vocalist, interjecting shouts. Honky is the melodic, melancholic album closer.

Reggae On The Shore 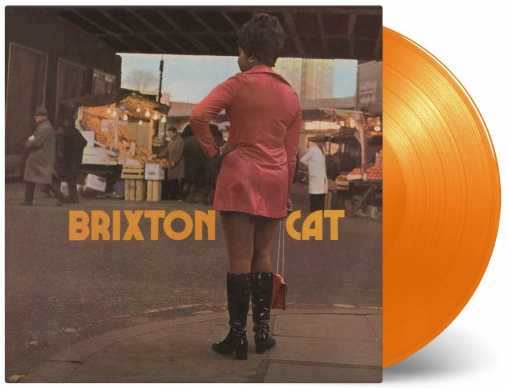