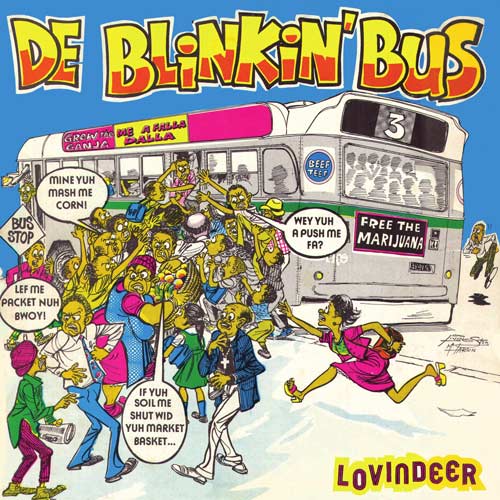 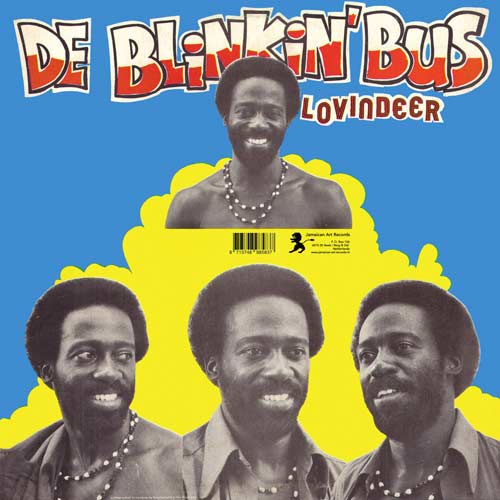 Lloyd Lovindeer is one of the greatest story tellers ever to hold a microphone in Jamaica, armed with witty lyrics, and best known as the man that gave us Wild Gilbert. It was the biggest hit of his career, reportedly selling over 200.000 copies in Jamaica. The tune was released in autumn 1988, just days after hurricane Gilbert smashed the island, killing more than 40 people and leaving many persons homeless. It was the most destructive storm in the history of Jamaica.

Lloyd began his career in his high school days at Kingston College High School, when he was a member of a group called Fabulous Flames. Later he returned to the college as a member of the faculty, teaching English and Art. In the early 1970s they recorded some tunes for Clancy Eccles. After they split Lloyd moved to Canada, but decided to come back to Jamaica “because of the cold and the winter.” In the meantime he had released three albums for various labels, but he decided to start his own record label, TSOJ, The Sound Of Jamaica. The first album was De Blinkin’ Bus, an eight track set that is a prefect showcase for Lovindeer as a solid entertainer and talented wordsmith. Many albums followed, including the famous One Day Christian. That album triggered a wave of Pocomania releases based on riddims from Pukumina religious songs.

Looking at the list of Lovindeer’s album & singles titles, it’s obvious he concentrates on slackness but addresses more cultural themes as well. In the 1980s he was more successful with his witty, slackness fueled lyrics across a universal Caribbean riddim: there’s reggae, there’s dancehall but there’s also soca and other Caribbean influences and it makes for great listening. Lovindeer’s music often chronicles significant developments in Jamaican society. His recognizable sing-a-long style of deejaying/singjaying brought him hit after hit and international recognition. He is the first reggae artist to have performed during Trinidad and Tobago’s annual carnival celebrations.

The Dutch reissue label Jamaican Art Records released a few albums in the 1990s. Now they’re back on the scene, starting re-releasing reggae classics in a good quality sound and presented in their original sleeves and artwork. The first effort is the above mentioned De Blinkin’ Bus. The pressing and the sleeve are flawless, and for those who never heard of Lovindeer, there is no better introduction than this set.

The most instantly memorable track here must be Man Shortage! As soon as Lovindeer starts singing one would think The Wailing Souls voiced this one. They made riddim famous in 1974 with the original Things And Time for Channel One. Lovindeer perfectly imitates the Wailing Souls’ timbre and harmonies! The lyrics are close to brilliant. In the 2nd part of the 7+ minute track he plays the role of the ‘Obeah Man’, but he prefers to call himself ‘A Doctor Of Science’. He is visited by a woman who is looking for a man, a good man. The conversation that follows is so humorous. Check it out!

The album opens with a tune across a Studio One riddim from Coxsone Dodd. Power Cut rides the Full Up riddim, telling the story about the funny consequences of a power cut in Jamaica. The title track is about Jamaica’s feelings of a typical Jamaican bus ride: “So here we are, we no have no cyar, cyaa drop no style, we business spwile, when we have to ride, pon de blinkin bus, you fuss and cuss, but yu have to ride pon de blinkin’ bus”.
Superb!

The other two songs on Side A are tongue-in-cheek ganja themed songs. First there’s the gospel influenced Free The Marijuana and the soca tingled Grow The Ganja. Then we have Me A Follow Dollar a song about the role of the ‘Chiney Men’ in the Jamaican society. The slacky Teef – Chinaman A Trouble Me Beef is typical Lovindeer tune. Girls In Jeans sees Lovindeer inna Yellowman-esque style, delivering his slackness lyrics across a tough bass driven version of Michigan and Smiley’s Diseases. Perfect closer of the album! 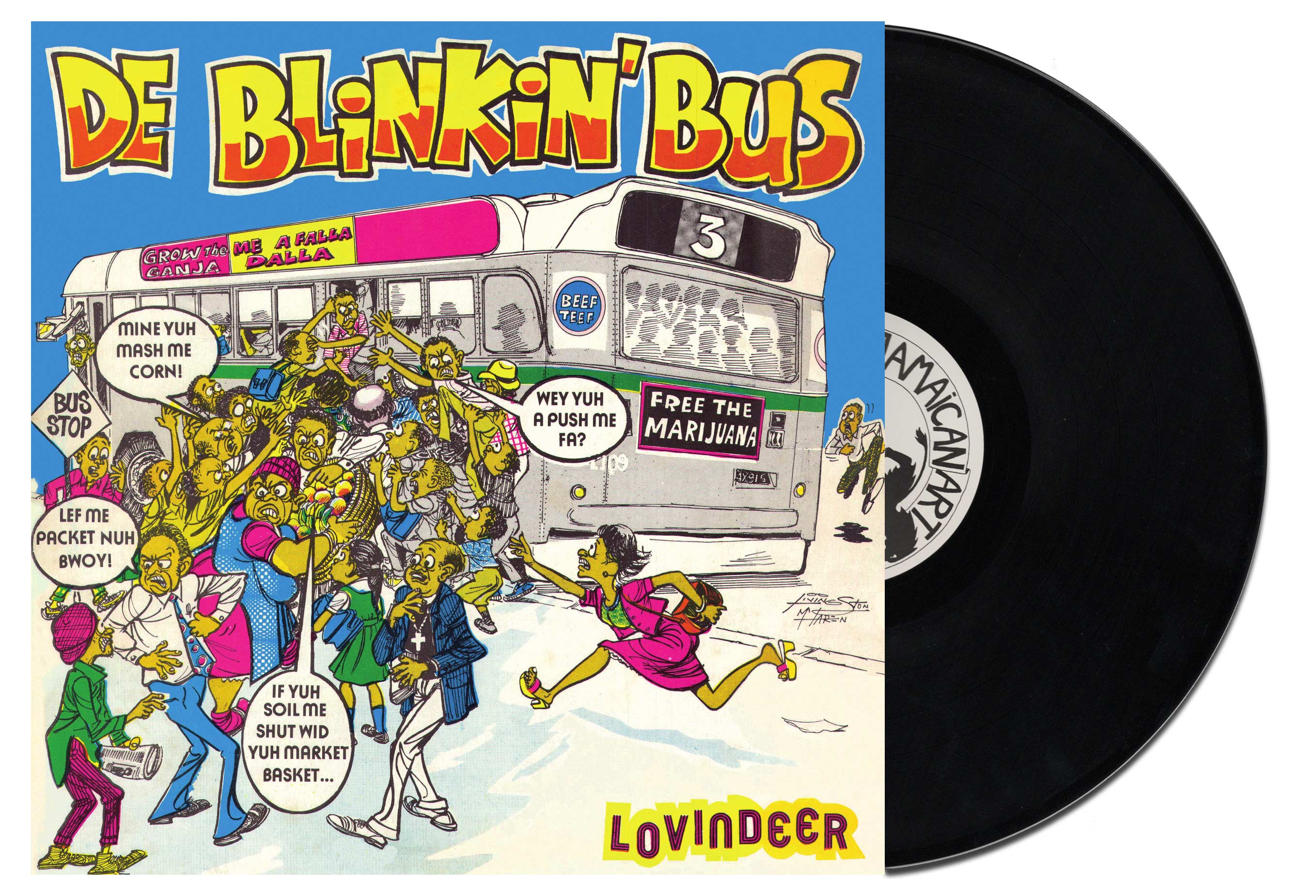