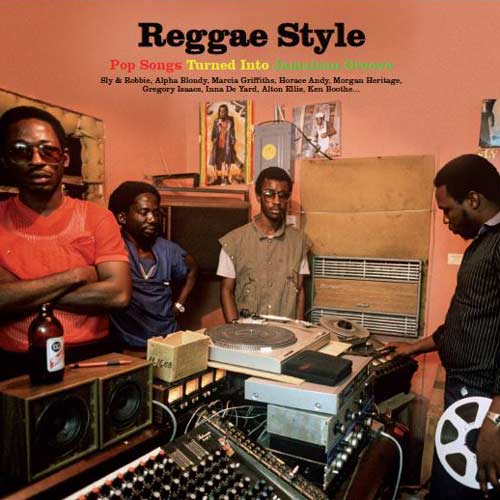 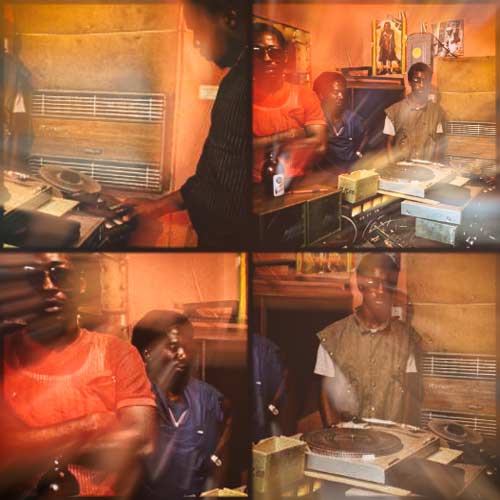 Jamaican artists as well as producers share a common love for US and UK hit tunes. In the late sixties/early seventies the influence of ‘the sound of soul’ from the US had an enormous impact on the Jamaican music industry. Perhaps this was partly due to the American civil rights movement, which inspired songs of black awareness. This trend followed a tradition stretching back to the very beginnings of reggae history, when ska and rocksteady acts like the Skatalites, Wailers and Techniques would reinterpret the pop and r&b hits of the late fifties and early sixties. However the main reason for covering successful soul tunes was the fact that the Jamaican audience was extremely fond of these tunes, resulting in high sales.

Wagram Music from France has compiled a 4CD box with 64 covers, but there’s also the LP version with 24 tracks: Reggae Style / Pop Songs Turned Into Jamaican Groove. It’s a well-varied compilation listing well known reggae names, but also some lesser known artists. Furthermore the list of artists is filled with names from all over the world: Jamaica, USA, UK, Africa and Switzerland. Whatever you may think of the art of translating pop/rock/soul hits into reggae, it’s obvious that these new versions introduce a warmth and freshness to the mix that could only stem from Caribbean roots.

Some tunes were originally recorded with a reggae beat and it’s not strange that the versions here do not differ much from the original. Check the Moonraisers’ lick of The Eagles Hotel California, Melaka’s uptempo version of Lily Allen’s awesome Smile and Third World’s rendition of De Do Do Do, De Da Da Da from The Police.

Chapter Two Records, responsible for the Inna De yard releases, is part of Wagram Music. No surprise we find some tunes from Inna De yard sessions. There’s Ken Boothe’s moving version of Speak Softly Love, Kiddus I’s If You Love Me, his take on a hit by French songstress Edith Piaf and, not to be missed is Horace Andy with Bill Withers’ classic soul tune Ain’t No Sunshine.

There are also some contributions from Sly & Robbie’s Taxi label. The late Jimmy Riley has endured the many trends and left his mark in ska, rocksteady and reggae eras. In 1982 he and The Taxi Gang impressed with his glorious take on Marvin Gaye’s Sexual Healing. Sly & Robbie cover his anthemic song Inner City Blues. Syl Johnson’s 1969 tune Is It Because I’m Black was redone by Ken Boothe in the early 1970s, but here we can enjoy Yami Bolo’s version. Ambelique is blessed with unique vocal qualities and it’s a shame he fails on The Rolling Stones’ cover (I Can’t Get No) Satisfaction. In the same vein is Marcia Griffith’s interpretation of Fever from Peggy Lee, on the vocal side to the point, but no reggae beat.

The set features many do-overs of lovers tunes. Terry Linen adds some extra sweetness to his killer version of My Love Is Your Love, a song that 20 years back carried the reggae community into the new Millennium. That same year saw Don Campbell riding the airwaves with Rise. It catches your attention immediately and never lets go! Ambelique and Dee Ellington are evoking emotional vibes with Phill Collins’ Against All Odds. Refreshing is Amy Winehouse’s reggae take of Sam Cooke’s Cupid. Savana and Dee Ellington deliver their version of Alicia Keys’ You Don’t Know My Name, almost outperforming the original cut. The riddim is Burning Spear’s Columbus. One of our favorite tunes here is Alton Ellis’ early 1970s lick of It’s A Shame, brought with style and emotion!

Phoebe Snow delivers a great revisit of Knocking On Heaven’s Door. The latter and Don Campbell’s Rise ride Jet Star’s Eye Water riddim. The Cool Ruler does a good job with performing House Of The Rising Sun. Mary J. Blige certainly will be proud of Jo-Anne’s version of her song Be Without You. Tracy keeps a certain pleasant jazzy vibe on her version of Norah Jones I Don’t Know Why… nice one! Lloyd Brown is well versatile and has always been comfortable in covering popular tunes, check Feel and Maria Maria. Well worth checking out is Gappy Ranks in combination with MXT on Justin Timberlake’s Signs.

There’s a lot to be enjoyed on this compilation, but we’re sure that reggae purists will skip several non-reggae tunes. Alpha Blondy’s take on ‘Led Zeppelin’s Whole Lotta Love is too much rock with a dreadful guitar solo. Also not our cup of tea are Madelene’s Lose My Breath, Little Kirk with Heal The World and Savana’s Hey Ya. With Amy Winehouse’s Rehab The Jolly Boys have the advantage of the doubt!