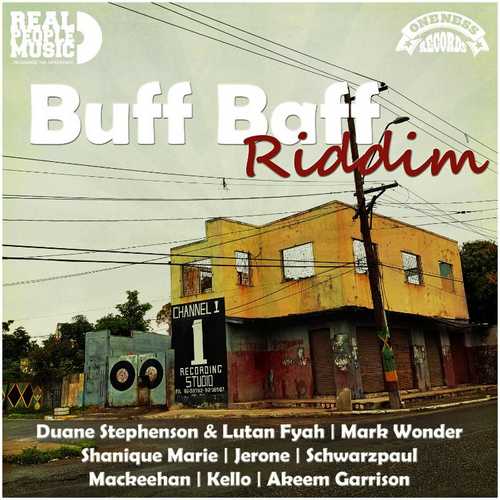 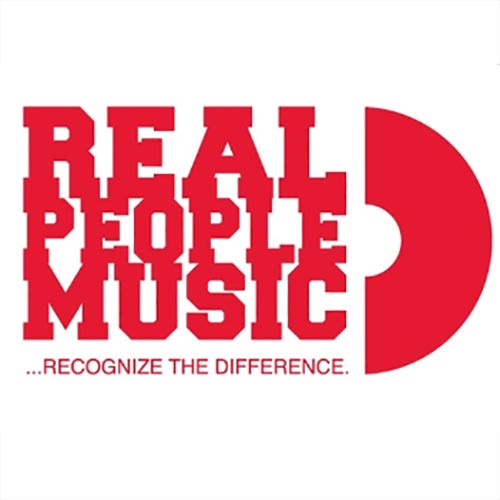 “Music is more than the right melodies, keys and beats. The creation of sound and art is always a form of personal expression, creativity and emotion, something you want to do with the right people, Real People. That is the idea and concept behind Real People Music.”

Real People Music is a new record label from out of Germany, which was founded in 2018 by drummer and producer Alex “Drummie” Domhoever, and his partner, media designer and journalist Ursula “Munchy” Muench. With their record company they want to go beyond production, releases, technicalities and numbers. Real People Music is set to recognize the difference passion, commitment and skills make, uncompromising and regardless of hype and figures, to bring ‘nothing but best quality and authentic Jamaican sounds by Real People for Real People’.

The label’s very first official release is a stellar ’80s dancehall style juggling project called “Buff Baff Riddim”, which is inspired by Gregory Isaacs’ albums “Out Deh” and “Night Nurse”. The riddim, created by Alex “Drummie” Domhoever, is reminiscent of the well known and much loved sound of the Roots Radics and the Taxi Gang that dominated the early 1980s. That sound is characterized by analog instruments and Simmons drums.

Duane Stephenson and Lutan Fyah, both big names in the reggae arena, have successfully combined their skills and talent to create the gorgeous combination tune “Empress Sativa”. A great piece and outstanding opener of this ‘one riddim’ set. At the end of this album there’s a wicked dub version of this tune, coming from the well-capable hands of Umberto Echo. The incomparable Mark Wonder, born Mark Andrew Thompson in Kingston, Jamaica, delivers a brilliant social commentary titled “Crisis”. The latter once again makes clear that this roots singer and committed Rastafarian that he’s a criminally underrated and oft-forgotten artist despite having about 10 full length studio albums under his belt. His powerful and infectious vocal delivery makes his poignant message worth of going on repeat. Without any doubt one of the project’s standouts.

The other vocalists who have voiced a cut on the riddim aren’t the biggest and most recognizable names. This, however, doesn’t affect the quality of this release at all. In contrary, the strength of the riddim enables these fresh voices to reach higher heights. Kello, a singer with a great voice, treats the listener to a huge message tune called “Tired A Di Lies”. And also Jerone (Riley), who hails from Waterhouse in Kingston JA, makes a very good impression with “Brother’s Keeper”. After Shanique Marie had found herself struggling to find her place in the dancehall scene, she found her calling in Jazz. Here the sultry, light voiced Jamaican songstress delivers the nice “Our Sitten”.

Those who are familiar with the German language will cetainly fulljoy Schwarzpaul’s lovers tune. Akeem Garrison is an uprising reggae artist outta Trench Town, who first drew some attention with the EP “TrenchTown Original”, recorded in Amsterdam and produced by Freddy Poncin for Mutima Production in 2018. With “Rasta Party” he delivers a decent, although not overall satisfying cut for the riddim. Mackeehan is a profilic song writer, who has penned songs for a number of Jamaica’s greatest artists and has received some recognition with his own songs such as “Rise Up”, “Try” and “Stand Tall” on Fat Eyes’ “General” riddim. Here he leaves a good impression with a big tune, “Blazing Fire”.

Real People Music have joined forces with Munich-based Oneness Records, one of the most reliable imprints when it comes to extremely high quality Reggae music, to distribute their debut project.