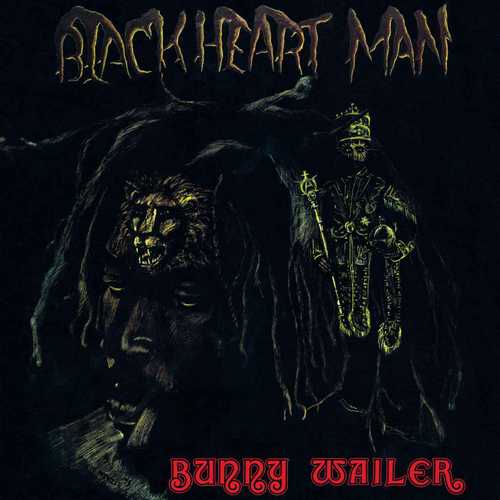 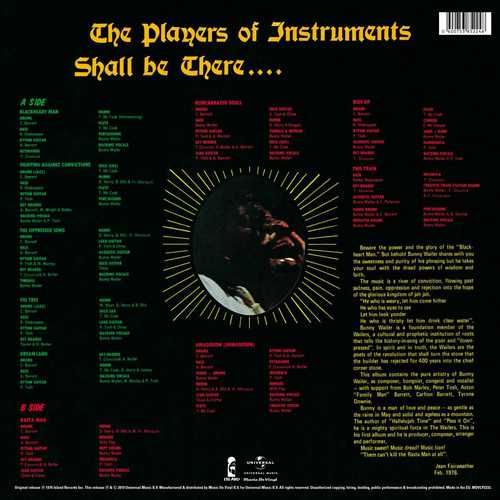 Originally released in the UK and Jamaica in 1976, Bunny Wailer’s essential album “Blackheart Man” is now reissued on 180 gram audiophile vinyl by Dutch record company Music On Vinyl. Just like the original album, this reissue comes with a gatefold sleeve with lyrics of the songs printed inside.

During the 1970s international record labels that became involved with reggae made plenty of mistakes, but were also responsible for a handful of classics that otherwise would probably not have taken quite the form they did. The first solo album from the former member of the Wailers, of which the title is based on the fable of the Blackheart Man who would take the heart out of every person he meets on his way, is a case in point. Bunny Wailer came up with a classic album on which considerable time and thought had been spent.

After the Wailers had signed to Island, Bunny Wailer was able to launch his own label, which he called Solomonic. The singles he released on his imprint indicated that when he was going to release a full length album it was going to be a magnificent one. And it was! Not all of the singles that had come out on Solomonic in those days were included on “Blackheart Man”, but – although in a remixed form – some of the strongest songs he had ever recorded along with some real good new songs were featured on the album.

“Blackheart Man” contains some sublime fresh and clean music, that requires serious meditation to fully appreciate it. Without any doubt this set must be praised for its completeness, the attention to detail, the lyrical and vocal qualities, the poise, the depth of emotion and the sincerity of the songs, which explore themes like repatriation, marijuana, and his childhood in Jamaica. Throughout the entire album, which is both complex and attractive, Bunny Wailer sounds inspired. Featured here are some truly superb tunes like 1975’s “Fighting Against Conviction” (aka “Battering Down Sentence”), “Rastaman”, “Bide Up”, “Amagideon (Armagedon)” and “Dreamland”. The latter, of which the original cut was released in 1971, demonstrates Bunny Wailer’s increasing commitment to the Rastafarian faith. 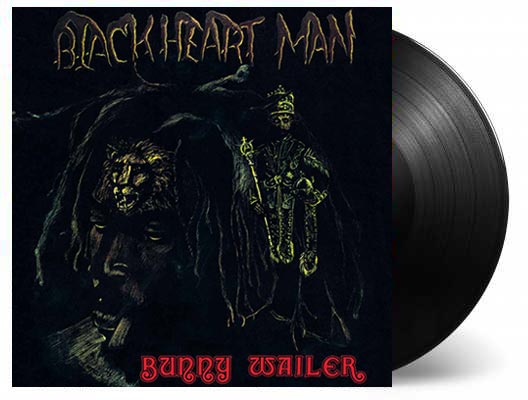