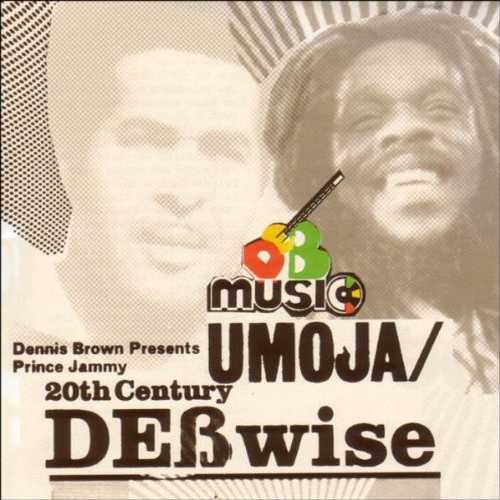 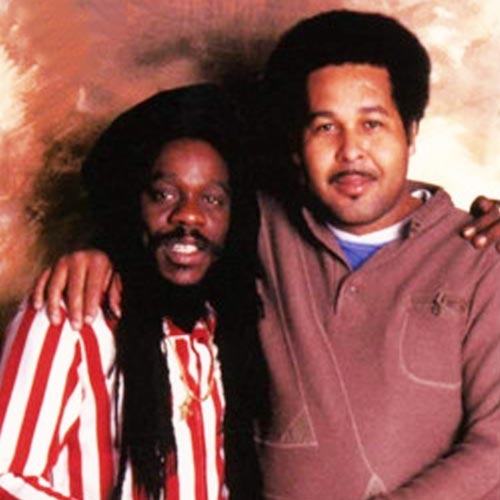 Since the release of the first album “If Deejay Was Your Trade” in 1994 UK-based Blood & Fire Records have established themselves a name as one of the best re-issue labels around. The Blood and Fire Crew rightfully deserves its fame as it pleases reggae fans all over the world with releases of mainly hard-to-get gems from the past presented with the best sound quality possible, excellent artwork and great sleeve notes.

This release, based on the two overlooked dub albums “Umoja Love & Unity” and “20th Century DEB-wise” celebrates the meeting at King Tubby’s studio of the late Dennis Brown – in his role as producer as well as vocalist – and legendary mixing engineer Prince Jammy. Jammy shows his touch first on the Lennox Brown recut of the Soul Vendors’ 1968 Studio One classic “Frozen Soul”, here entitled “Cool Runnings”, the beautiful “Sounds Almighty” with hardly audible vocal snatches in the background, over the cowbells ornamenting the horns blowing over the heavy bass riddim. “Umoja” once again very heavily features the horn section Dennis Brown used as a producer for these 2 1978 albums of Cedric ‘Im’ Brooks, Lennox Brown and Delroy Hines over a stripped down version of another Soul Vendor’s Studio One gem, the “Swing Easy” riddim. “Guidance” is a dub with an almost Augustus Pablo-like grace, and is followed by a dub of Dennis’ own immensely popular “The Half”, here called “The Truth”.

“Cry Of The Destitute”, the version of Dennis’ own “Troubled World”: “Mercy For The Needy”, “Something Special” and the version of the three years before this dub album recorded “Children Of Israel”, now called “Sons Of Dust” all keep you in this aural trip provided by the combination of Dennis Brown’s tight produced riddims and Jammy’s subtle dubbing of them, preceding my favorite dub of the album “Structure” with its superb bassline, and an even more shining role for the horns than in the other tracks. Unbelievable that the “Umoja” album on initial release sold so poorly that it was never repressed.

The second album included on this CD “20th Century DEB-wise” did much better commercially, although released only a couple of months later. The dubs on these second set of 10 tunes seemed to be even further stripped down, with a less prominent role for the horn section that was also featured on the original recordings of these mainly for Junior Delgado and The Tamlins tunes used riddims. In my opinion tunes like “Cop’s Spy”, “Ting A Ling Style” and especially “Great Man Called Kenyatta” are the closest Jammy’s ever stayed to his teacher King Tubby’s style. And while “Thunder” stays in that same vein, “Dancing In The Streets” is approached much more to maintain a dancegroove both in Dennis’ riddim production and Jammy’s in-sync mixing, while “Riot In The Streets” with its bluesy guitar on top is another gem. “Open The Gate Of Rhodesia” is a superb melodic dub of Junior Delgado’s 1978 “I’ve Got A Feeling” with full length vocal snatches in the mix, and although the vocals disappear for “Robbery In The City”, “Murder” and “Ragga Muffin Style”, the same mixing and dubbing approach is used by Prince Jammy for these tracks. Another classic finishes this release, the “General Version” of Dennis’ own great “(Don’t) Want To Be General” as it appeared on the DEB 45RPM in 1979. A brilliant tune in a brilliant Jammy’s DEB-wise version to finish this must have dub collection.