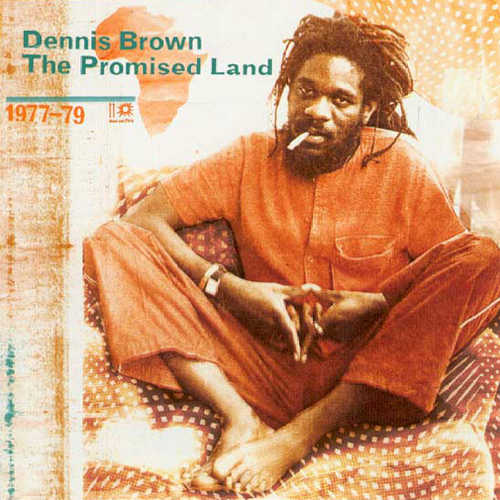 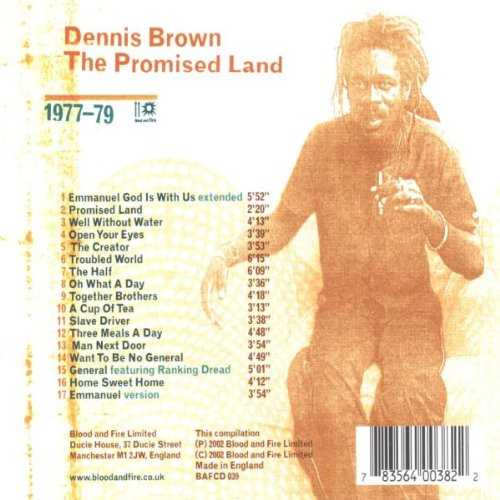 Joseph’s Coat Of Many Colours

Blood and Fire’s release “The Promised Land 1977-79” comprises Dennis Brown’s album “Joseph’s Coat Of Many Colours” plus extra tracks which also appeared as 45s on Dennis’ DEB imprint during 1977-1979. Dennis had started the DEB label in late 1976, in association with Castro Brown, a Jamaican who ran the Morpheus label during 1975-1976 from his shop premises in Croydon, south of London. In addition to material by Dennis, the label also released music by Gregory Isaacs, The Tamlins and Michael Rose with Black Uhuru. The songs presented here is some of the man’s best music – ranking alongside his celebrated recordings made with producers Winston ‘Niney’ Holness and Joe Gibbs – that Dennis ever made.

The album starts with “Emmanuel God Is With Us (Extended)”, a beautiful song inna chanting sound “like a lot of people from all nations singing in harmony, like a multitude y’know”. Next comes “Promised Land”, one of Dennis Brown’s most beautiful upbeat love songs also known as “Lately Girl” and not to be confused with the record of the same name that he made with Aswad a few years later that concentrated on rather more spiritual concerns. The repeated horns refrain is wonderful and Don D Junior later handed in a full instrumental cut called “Dunisha”.

“Well Without Water” marks the return to the theme that there will be no hiding place for the wicked man on the Day of Judgement. The mixing of the smoke without fire and well without water metaphors is both very clever and very effective. “Open Your Eyes” is an understated plea for understanding that could be taken either as a very personal love song or as a more universally applicable lament and is followed by “The Creator”, a clear and unequivocal hymn to the Almighty in thanks and praise for all that he has done. Continuing the same theme as the earlier “Created By The Father” and leaving nothing more to say on the subject.

One of our favorite Dennis Brown tracks comes next. “Troubled World” is brought to you in an extended discomix, originally released on a DEB 12″ and let’s the riddim shine on an uncluttered dub workout. The next song. “The Half”, was originally recorded for Phil Pratt and then deejayed by U Roy on a rare self produced outing on Del-Ma as “The Other Half” and later updated by Dennis Brown for a DEB 12″ release. “Together Brothers”, probably better known as “Stop The Fussing And Fighting” is laid back cut of the “Real Rock” riddim and, while it’s been said before, it can bear repeating that a call for peace actually means something in the strife torn ghettos of Kingston where violence is an everyday reality.

Bob Marley’s “Slave Driver” comes next, where it feels like the tables really have been turned. Dennis Brown’s version was aimed at the roots reggae audience and sounded like the threat had become a reality. “Man Next Door”, also known as “A Quiet Place” and recorded by both The Paragons and Horace Andy, deejayed by I Roy and destroyed by King Tubby as “A Noise Place” is about the fact that all we all want is some peace – both literally and metaphorically. “Want To Be No General” is coupled here with Ranking Dread’s stupendous take on the same theme – having no desire to be a part of the rude boy rat race with its inevitable consequence -, he was one of the most original deejays ever. “Home Sweet Home” is loosely based around the melody of “Africa We Want To Go” with Israel and Africa conjoining into one as the Promised Land. The disc closes with “Emmanuel God Is With Us Version”. It’s a spine tingling, haunting dub of “Emanuel God Is With Us” with the voices echoing and reverberating.

Conclusion The album contains some of the best music Dennis Brown ever made.