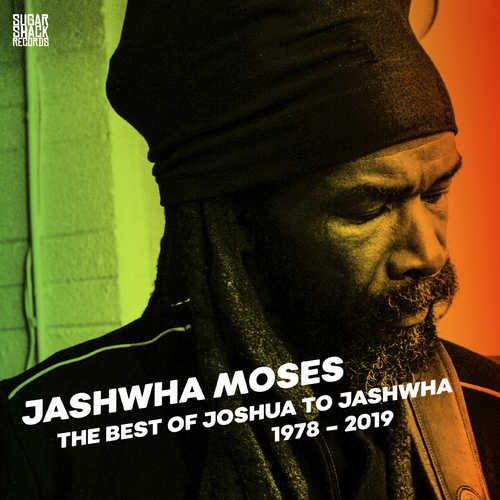 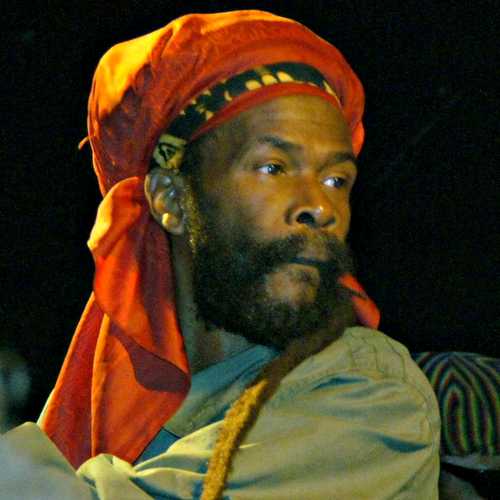 Working on this review was done with truly mixed feelings. While listening to the tracks of Jashwha Moses’ new compilation album “The Best of Joshua to Jashwha 1978-2019” – actually just before started playing “Africa (Is Our Land)”, the first of the 17 tracks – news reached us that Bristol reggae artist Jashwha Moses aka Joshua Moses (born Stanley Bailey in St Catherine, Jamaica) had died of cancer on Wednesday, July 17 at the age of 64. The fourth, and what now happens to be the final album can be seen as a fitting tribute to this far too long underrated artist as it arguably collects some of the best songs of his career.

Jashwha Moses’ recording career got off to a flying start with the 1978 Dennis Bovell produced “Africa (Is Our Land)”, a killer UK roots reggae classic on the More Cut label – released under his original artist name Joshua Moses which disappeared into the relative obscurity that swallowed so many independent releases and deprived the artist of greater success and a wider audience. The following year “Africa (Is Our Land)” was followed up with the more lovers orientated “Pretty Girl” and although he continued to perform and to record, it was to be more than thirty years before Jashwha released anything new when Bristol Archive Records put out “Joshua To Jashwha – 30 Years In The Wilderness”.

The 1983 recorded “Rise Up” is a call to fight oppression and injustice wherever it is found. Lyrically this roots tune isn’t as strong as “Africa (Is Our Land)”, but Jashwha Moses’ vocal delivery on top of the wonderful riddim with its appealing organ sounds and dominant drum patterns makes it simply great to listen to. The awesome “Jah Time Has Come” from 2003, in which he looks forward to the coming of Jah and universal justice, comes across Aswad’s “Promised Land” riddim, probably best known from the Dennis Brown song. Although “Jah Time Has Come” is a great effort, it’s outmatched by “Suffering In The Past”, a tale of life’s struggles and overcoming suffering. Big tune!

“Steel”, a song that calls for love to triumph over evil, carries a different mood and a different vibe, but is a decent effort anyway. In the beautiful “Bobby Wrong”, Joshua Moses proclaims his Rastafarian, Jamaican and African identity. For the 1993 recorded songs “Children Of The Light” and “Nothing To Lose”, Jashwha Moses utilizes a falsetto voice reminiscent of Junior Murvin. Real nice soulful tunes, although the inaccurate mixing spoils them a bit as the vocal is sometimes almost drowned by the instruments, most notable in “Nothing To Lose”. “What A Situation”, across a reworked version of Culture’s “Never Get Weary” riddim, is a great tune, while “People Of Power” is a matching track with echoes of Bob Marley’s “Exodus”.

“No War”, which busts out of the gate triumphantly, is a thoughtful meditation with a delivery on par with Mr. Robert Nesta Marley; it’s that good! He gently pleads over a concrete riddim with vivid horns and clearview harmonies. “Good Over Evil” is a great reworking of Bob Marley’s “War”. Many have tried to cover this anthem but Jashwha nails it hard; while not stepping on the Tuff Gong’s legacy. “Sign Of The Times” is a definite anthem that has major appeal. It boasts an overall “Golden Age” atmosphere that is royal.

Jashwha Moses’ music has naturally evolved as he’s aged, but the message, the joy and the outstanding quality have remained consistent, these songs are his manifesto for a better world, a world where music can make a difference. RIP Jashwha Moses!

Conclusion A worthy showcase of the remarkable talent of Jashwha Moses.