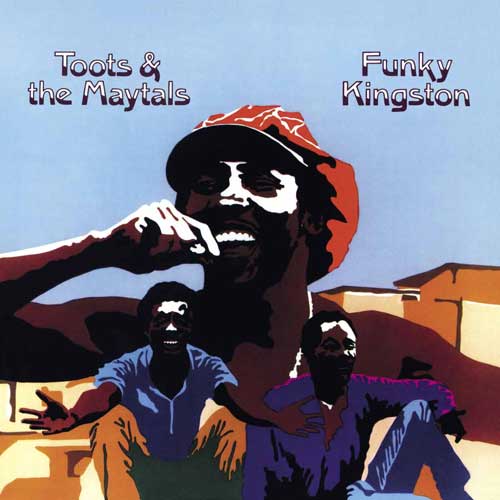 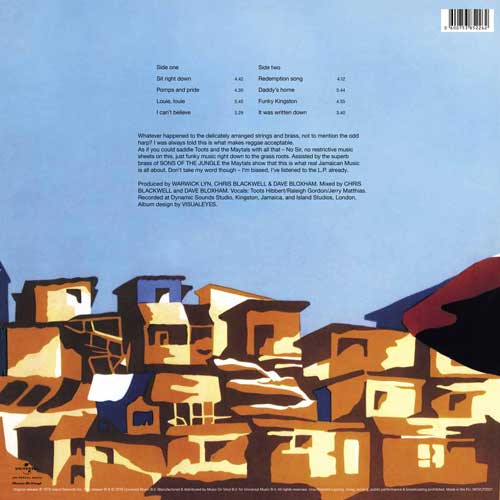 Toots Hibbert met Henry “Raleigh” Gordon and Nathaniel “Jerry” Mathias in Kingston in 1962 and formed The Maytals as a vocal trio. The first instrumentalist members added to the group included Jackie Jackson, Hux Brown, Rad Bryan and Paul Douglas. The group’s debut tune for Coxsone Dodd Hallelujah was an instant hit in Jamaica, soon followed by Six And Seven Books Of Moses and Never Grow Old. Their stay at Studio One was shortlived and they started recording for Prince Buster. The energetic song Dog War is regarded as a classic in the ska genre. In 1966 the group switched to Byron Lee. The Maytals won the first-ever Jamaican Independence Festival Popular Song Competition with Bam Bam, the tune versioned by Sister Nancy as well as Yellowman in the dancehall days.

The group’s success came to a halt when Toots had to serve time in prison for possession of marijuana. After his release they teamed up with producer Leslie Kong and almost immediately released the immortal 54-46 That’s My Number based on Toots’ prison experiences. With Kong they recorded a bunch of classics such as Pressure Drop, Monkey Man, Water Melon, Bim Today and Sweet And Dandy. In 1971 Leslie Kong tragically passed away following a heart attack and The Maytals moved on to work with the producer’s former sound engineer, Warrick Lyn. In 1972, the group changed its name from The Maytals to Toots and the Maytals, with “Toots” referring to frontman Toots Hibbert, and “the Maytals” referring to the group’s instrumentalists and background vocalists.

The year 1973 saw the release of the Funky Kingston set. In 1975, Mango released a revised version but kept only 3 tracks (Funky Kingston, Louie Louie, Pomp And Pride) and added 6 tracks from the 1974 In The Dark album and the 1970 single Pressure Drop. Following the release of the album Reggae Got Soul they toured as the opening act for the Who during their 1975–76 North American tour. In 1978–80 during the reggae punk and ska revival period in the UK, their songs experienced a resurgence of popularity. In 1981 the crossover album Knock Out was released and the group split up. Toots Hibbert continued to record as a solo artist throughout the 1980s.

A new line up was formed in the 1990s and they took up recording and touring, releasing an worthwhile live album Live At Red Rocks. True Love, an album of re-recorded versions of their earlier hits featuring collabs with Bonnie Raitt, Willie Nelson, Eric Clapton, Keith Richards, The Roots, Shaggy and others, won the 2004 Grammy Award for best reggae album. In 2011 the documentary Reggae Got Soul: The Story of Toots and the Maytals was released. Toots keeps touring and in 2018 they launched a 50th Anniversary tour with concert appearances in North America and the UK.

The raucous voice of Toots has been an intrinsic part in the development of Jamaican music, from ska to reggae. His records were instantly recognizable as he carried a powerful, characteristic soulful voice and a performance reminiscent of a soulman like the late Otis Redding. The music of Toots & The Maytals was always something special as it incorporated elements of ska/reggae, funk, soul and gospel. Now wonder they hold the current record of number one hits in Jamaica, with a total of thirty-one.

The original 1973 Funky Kingston album got a proper re-release on June 14th by Music On Vinyl. The Dutch vinyl only (high quality 180g LP’s and 7# pressings) reissue label has already earned respect in the reggae scene with superb vinyl reissues of classic albums. Recently they unleashed Bob Andy’s 1978 album Lots Of Love And I, Duke Reid’s rocksteady album Here Comes The Duke and Desmond Dekker’s 007 (Shanty Town). Further interesting sets are Live And Direct from Aswad and Brixtone Cat.

The 8 track album displayed a shift away from Toot’s ska roots and an acknowledgment of US rhythm and blues. Do check the scorching version of The Kingsmen’s 1960s hit tune Louie Louie inna extended style. Then there’s Toots inna totally different fashion when he tackles the doo-wop classic from Shep & Limelites Daddy’s Home. The original was as sweet as candy, but Toots puts in more soul and raw emotion and thus transforms the song into a favorable blues ballad.

In 1964 Ike and Tine Turner had a minor hit with I Can’t Believe What You Say. Toots renamed it I Can’t Believe and his rendition is a fine example of Toots’ gospel reggae, with funk and soul elements. In a more retrospective, Biblical style are the reggae/gospel tunes Redemption Song and It Was Written Down. The title track is 200% classic. Here Toots displays his talent for blending reggae, soul, gospel and funk to the fullest, across energetic layers of bass, horns and guitars. Anyone being familiar with reggae knows and loves this tune. It evokes memories of great soul singers Otis Redding, Wilson Picket, Al Green and Eddie Floyd. Another classic here is Pomps And Pride. The song won the 1972 Jamaican Independence Festival Popular Song Competition. 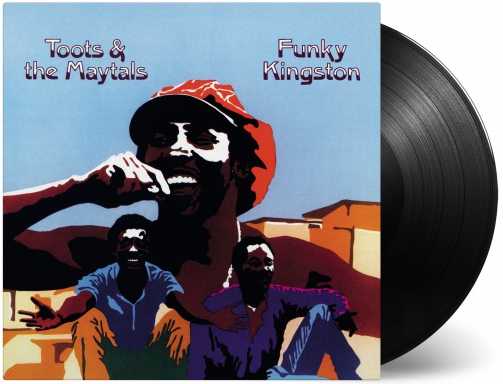