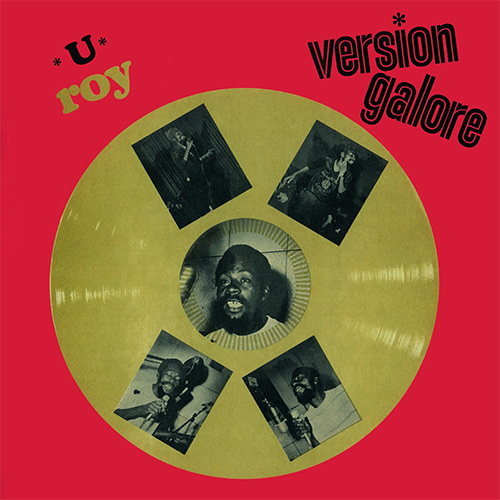 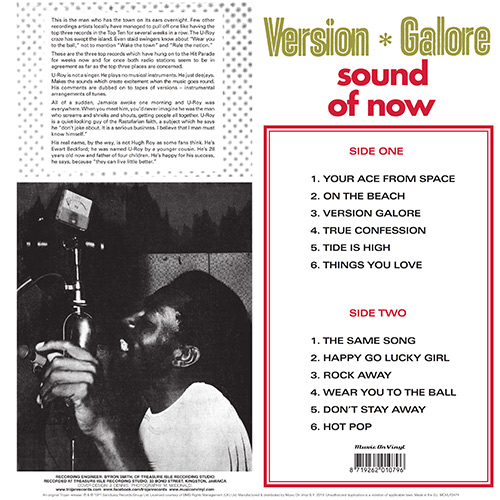 Wake the town and tell the people, ’cause this musical disc is coming your way, this is Daddy U Roy

Though U Roy wasn’t the first deejay to put his toasts — the reggae-birthed precursor to Rap — on records, he is often referred to as the “Originator” because of the unprecedented popularity of his early singles and the influence of his distinctive style, which caused the 1970s birthed scores of imitators. U Roy’s style of toasting over a riddim was radically different from that of people like for example Count Machuki. His rich-toned voice proclaimed sizzling, jive-saturated lyrics rather than simply inserting a few phrases. And besides that he rode the pared-down instrumental track all the way through, rather than interjecting at crucial points.

U Roy debuted on record in 1969 when Keith Hudson produced his single Dynamic Fashion Way. In the same year he also recorded for Lee Perry and Bunny Lee, but it wasn’t until the next year that he started to become successful and well recognized. For Duke Reid’s Treasure Isle imprint he recorded Wake The Town, Rule The Nation, and Wear You To The Ball, which held the number one, two and three position in the Jamaican charts for six consecutive weeks. His time with Duke Reid brought him a whole heap of hits, all being deejay versions of rocksteady tunes. It was this fruitful period in his career that established his name as a trendsetter in the music of Jamaica. Although he went on to make records with producers like Joe Gibbs, Lloyd Campbell, Winston “Niney” Holness and Alvin Ranglin, he quietly faded from sight. In 1976 U Roy returned to the forefront of reggae music with the brilliant Prince Tony Robinson produced album Dread In a Babylon. The latter revived U Roy’s career and he proceeded to record strong music for Prince Tony and Bunny “Striker” Lee.

Popularity intact, his output slowed in the 1980s. The Mad Professor teamed up with him for the monster “True Born African” (1991). The new millennium showed no signs of stopping U Roy. Tabou Records released two great albums, Serious Matter and Now, which showed the artist shining with the likes of Dennis Brown, Ernest Wilson and Alton Ellis. His most recent efforts have been Rebel In Style, Old School New Rules, Pray Fi Di people and Talking Roots. His Stur Gav Sound System, which features top deejays like Ranking Joe, Charlie Chaplin, U Brown and Josey Wales, ranks among the most popular in Jamaica and frequently tours the US, Europe, Japan and the UK.

The Dutch vinyl only (high quality 180g LP’s and 7# pressings) reissue label has already earned respect in the reggae scene with superb vinyl reissues of classic albums. Some of their releases are Bob Andy’s 1978 album Lots Of Love And I, Duke Reid’s rocksteady album Here Comes The Duke and Desmond Dekker’s 007 (Shanty Town). Further interesting sets are Live And Direct from Aswad and Funky Kingston by Toots & The Maytals.

The album Version Galore sees U Roy in superb style, toasting over solid and proven Treasure Isle riddims, played by Tommy McCook and The Supersonics, produced by Duke Reid and engineered by Byron Smith. These tunes are known and loved by anyone who calls himself a reggae fan. U Roy developed a style of shouting phrases as if in response to the lines sung by the artists. Many listeners were under the assumption that the song and U Roy’s toasts were recorded in the same time!

The album kicks off with Your Ace From Space one of the two instrumental tracks on the album, the other is Hot Pop. Instrumental, meaning that the only vocals are those by U Roy. The album features five tracks by The Paragons, the group that under the auspices of Duke Reid became the most prolific and successful rocksteady trio in the Caribbean. There’s On The Beach, Happy Go Lucky Girl and Wear You To The Ball. The Same Song from 1968, a tune that displays some elements of the upcoming reggae beat, and Tide Is High, the song that Blondie reworked and scored an international hit with.

The title track is a magnificent take on The Melodians’ 1967 hit You Have Caught Me Babe. The Melodians enjoyed a string of hits for Duke Reid such as Last Train To Expo ’67, Come On Little Girl Come On and I Will Get Along. These songs showcased the trio’s cool, precise harmonies. U Roy also takes on another Melodians’ hit single, You Don’t Need Me, here retitled Rock Away. The Jamaicans were a rocksteady group formed in 1967 and best known for the songs Ba Ba Boom, the song that won the Island’s Festival Song Contest in 1967, Peace & Love and Things You Say You Love. Across the latter U Roy performs his toasting capabilities!

Phyllis Dillon’s first record for Duke Reid, Don’t Stay Away has been described as ‘perhaps the finest female performance in Jamaican music’. U Roy’s interjections fit in truly fine! There are not only rocksteady riddims here. True Confession is a pumping ska tune recorded in 1966 by The Silvertones. U Roy performs in an excellent way across this uptempo riddim. The album closer Hot Pop uses the instrumental version of a song by The Tennors, Hopeful Village. 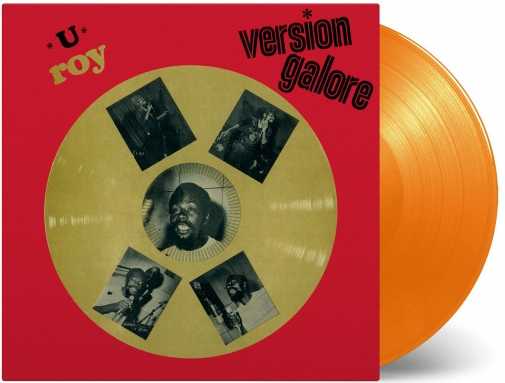