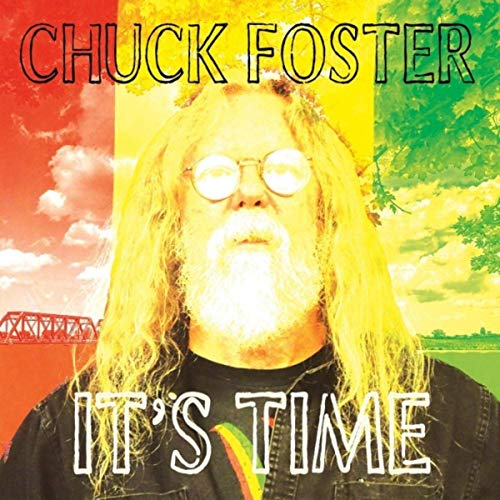 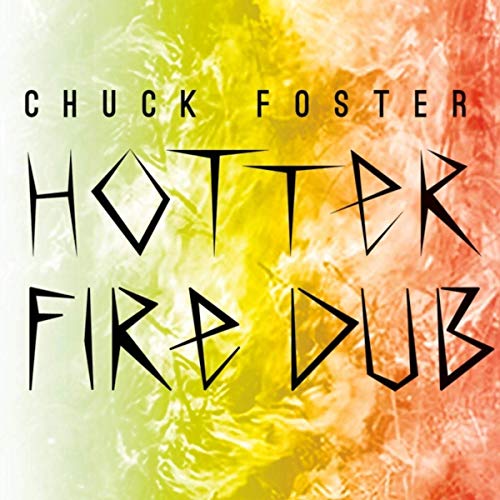 Chuck Foster is a well known name in the reggae community. He’s best known as a pioneering Los Angeles DJ, host of Reggae Central on KPFK, and as longtime columnist for the defunct Beat Magazine and Reggae Festival Guide. Furthermore he’s the author of two books about our beloved music, Roots Rock Reggae: An Oral History of Reggae Music From Ska To Dancehall and The Small Axe Guide To Rocksteady.

It’s a rather unknown fact that he started his career as a musician and worked in some of LA’s top recording studios long before he started doing radio. In the past years he returned to his roots as a songwriter, producer, recording artist and label owner with a prolific flow of releases on his own label, Catch Me Time Records. The label is dedicated to releasing music inspired by the Jamaican vibe as it has manifested in ska, rock steady, roots and contemporary dancehall culture. Don’t Fight The Youth from Shayna Dread was the first official release on the Catch Me Time Records label. Chuck has released several albums on his label, not only some vocal sets by himself but also dub albums and various artists sets. His recent efforts are two albums, a vocal set called It’s Time and its accompanying dub set Hotter Fire Dub. The tracks are recorded at the Rough Sounds studio in Redondo Beach California. Musicians include Chuck on vocals, Mike Irwin on bass, Tony Bird on keyboards, Rex Bailey/Alberto Fernandez on lead and pick guitar and Horseman on drums.

The style is solid traditional reggae, inspired by music rooted in the classic golden Reggae era. Don’t expect gimmicks like auto-tune or abundant use of synths. All the tunes are original songs written by Chuck. One has to get used to Chuck Foster’s typical vocal style. The songs deal with contemporary themes brought in Chuck’s typical lyrical style. He doesn’t try to sing in patois, stays close to his own roots. The vibe here is right, check out Dance with its ska-esque tempo and c&w guitar riffs! Wicked man comes with subtle rocksteady influences. There’s his view on California on Out Here In California, followed by the nostalgic one drop tune What Happened To The One Love. Noteworthy is the gloomy title song It’s Time. More favorite pieces here are Heat Of The Moment and the uptempo Street People.

Dub is often referred to as ‘the essence of reggae’. Drum and bass, the driving force behind reggae music in its purest form. Long ago King Tubby started experimenting with the riddim tracks from Treasure Isle, exploring the possibilities of dub techniques. Dub music has always been popular, influencing many musical styles and artists as well. Chuck has released more dub albums and this one stays on par with his previous releases. The mix by Chuck and bassie Mike Irwin connects with to those glorious 1970s when dub was adventurous, floating on heavy bass lines and snippets of guitar riffs, bathing in echo and reverb. Nice job!