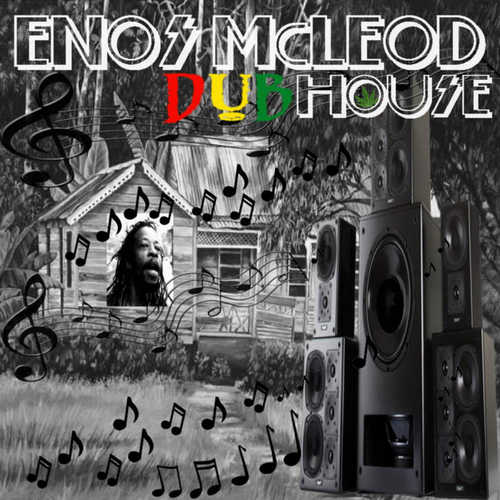 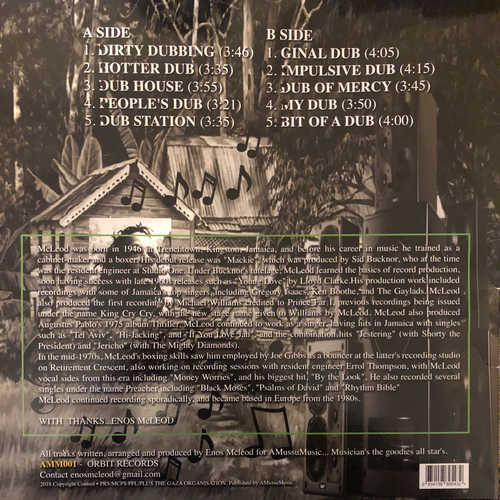 Enos McLeod, born and raised in Kingston JA, started in the 1960s as a member of groups like the very first Itals (a vocal group formed by Coxsone Dodd) and The Untouchables (lead vocalist on “Prisoner Of Love”, “Your Love” and “Wall Flower”) and formed a duo with Sheila, with whom he recorded a cover version of Richie Havens’ “La Bamba”. He then debuted as a solo artist with the single “Mackie”, which in the mid-’60s was released through Blue Beat Records in the UK. Enos Mcleod is probably best known for hit singles like “Jericho” and “By The Look” (both alongside the Mighty Diamonds), “Hello Carol”, “Tel Aviv”, “Bad Times”, “Hi-Jacking”, “Come Running Back”, “If You Love Jah” and “Jestering” (alongside Shorty The President).

Besides working on his own career, the vocalist and producer, has also produced the works of an array of stars including Pat Kelly, Al Campbell, Ken Boothe, Gregory Isaacs, Ronnie Davis, Prince Far I, Big Joe, Dillinger, Doctor Alimantado, Augustus Pablo and Shorty the President. It was under the tutelage of Sid Bucknor, then resident engineer at Studio One, that he learned the basics of record production. Enos McLeod’s initial success as a producer came in 1967 with the release of Lloyd Clarke’s single “Young Love”.

His latest project is a great dubwise selection on 10-track vinyl LP titled “Dub House”, which features spacy dubs of mainly 1970s roots riddims. Credited as players of instruments are the Goodies Allstars, which aren’t named individually and most likely is a collective name for all session mussicians involved in these recordings. Only one track, “Ginal Dub” (the dub to Enos McLeod’s 2018 single “Saying This”), features snatches of vocals in the mix, the others are dubbed out versions of the riddims. Among these dubs are versions taken from the flipside of Enos Mcleod singles, which were recorded in Kingston, Jamaica, in May 2018. Apart from the aforementioned “Ginal Dub”, there’s “Dub House” (“Don’t Cry”), “My Dub” (“My Show”) and “Dub Of Mercy” (“Have Mercy”). The vocal origins of the other dubs included here aren’t clear, nor from what period of time they are. However, all in all Enos McLeod has delivered a solid dub album.

Conclusion An enjoyable journey into the sounds of dub!