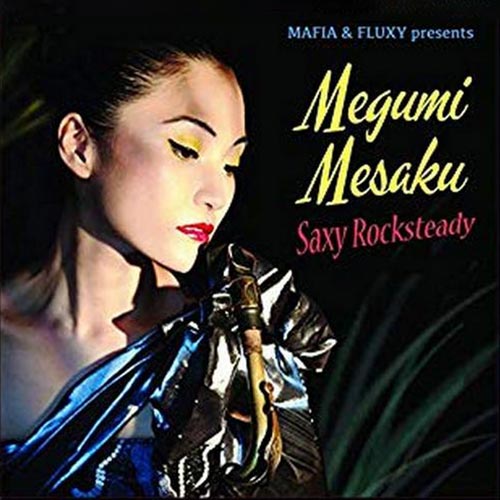 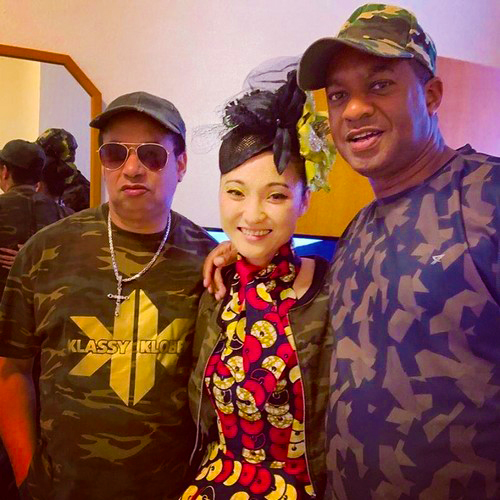 The remarkable story of Megumi Mesaku’s second full length album, the follow up to her 2018 released debut album “A Saxy Reggae Christmas”, starts in the London underground. After over the years having worked on numerous music projects including the 2011 released 10″ vinyl “What A Wonderful World” with the Yahman All-Stars feat. the late Rico Rodriguez and veteran singer Derrick Morgan, personal circumstances didn’t give her many opportunities to play her saxophone. Inspired by a friend, Megumi started to busk on the London underground. Because she didn’t have time to prepare or practice, she played tunes she knew from childhood and other music she loved including her favourite music genre, Rocksteady. She got some Rocksteady riddim tracks sent by Mafia & Fluxy and went busking in London Bridge Station and other undergound stations.

One day, while busking at Waterloo Station, she was approached by a woman who asked her permission to video her performance on her mobile phone. Megumi played some of the Mafia & Fluxy riddim tracks and then played “Pupa Lick”, a classic Rocksteady instrumental from Studio One by the Soul Vendors – with Lester Sterling on saxophone. This video footage went viral and got many wonderful reactions from all over the world. She then contacted Mafia & Fluxy again, and told them she wanted to record tunes for an album at Stingray Studio. They came together at the famed studio and started recording the tunes she had created and composed in the London underground stations.

The lovely Japanese saxophonist Megumi Mesaku aka Miss Megoo was born in Soma City, Fukushima, but as a child moved to Chiba (next to the Tokyo area) and then relocated to London at the age of 20. As a teenager she fell in love with reggae music and since then she has travelled the world, enticing audiences with her instrumental renditions of reggae classics. Mesaku also plays the keyboard and has worked with some of Jamaica’s top reggae stars, including The Skatalites, The Pioneers, Alton Ellis, Derrick Morgan, Prince Buster, Ken Boothe, Max Romeo, Big Youth, Dennis Alcapone, Little Roy, Winston Francis and Roy Shirley. Nowadays she plays with UK bands like Ska Cubano, the Trojans and the Topcats.

The album opens in great style with the amazing and inspired sounding “Megumi Special”, which uses the blueprint of Prince Buster’s 1968 tune “All My Loving”, the killer Rocksteady version of this alltime Beatles classic tune. This piece, backed by its dub version by The Pharmacist, was previously released on limited edition 7″ vinyl of 150 copies. Next comes the wonderful “Pupa Lick”, the instrumental that went viral and actually led to the recording of this “Saxy Rocksteady” album. Then the album’s title track rounds off the opening part of this collection in real fine style. These first three tracks, but also the rest of the instrumentals showcase Megumi Mesaku’s great control and warm tone when she plays her saxophone. Each and every track has its own merit and is a real joy to listen to. The ones that caress the eardrums most are “You Are My Favourite Gentleman”, “Driving Me Crazy”, “Bright Moon” (an interpretation of the popular jazz standard “Blue Moon” with Trevor Edwards on trombone and Patrixx Aba Ariginal on trumpet), “Tengoku” (Japanese word for Heaven), “Nostalgia Love” and “Rude Gyal Rocksteady”.

(The cd can be bought HERE)