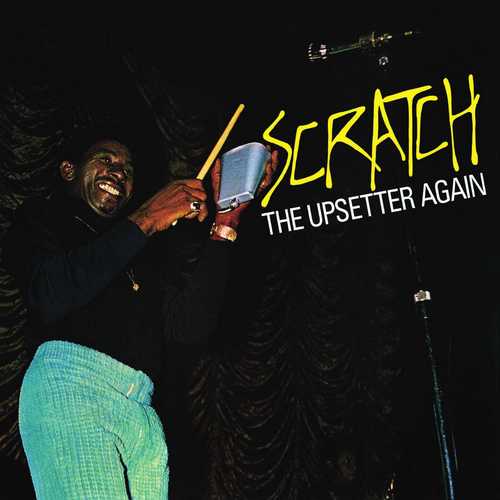 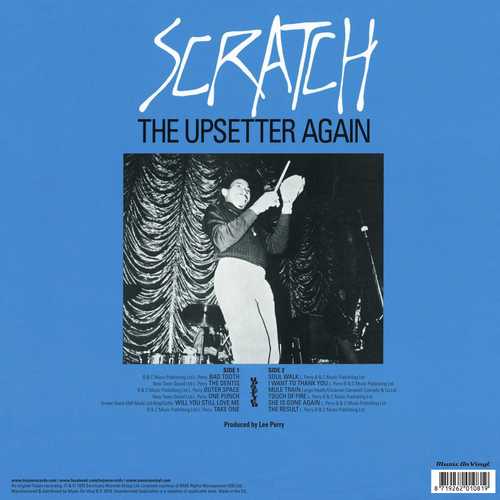 Rainford Hugh Perry, better known as Lee ‘Scratch’ Perry (or Pipecock Jackson, The Gong, Upsetter) is one of the most important and influential figures in the history of Jamaican popular music. Only very few other names have had such a strong appeal on a worldwide level than this engineer, producer, songwriter, entertainer and artist. He started his music career at Studio One where he sold records and later became a talent scout. After a few singles for Coxsone he left Studio One and began his own Upsetter label.

When he started to experiment in his own Black Ark studio in the 1970s, people started to call him a genius, while others claimed that he’s certifiably insane, a madman. However anyone with a true interest in reggae music has to admit that he helped shape the sound of dub and made reggae music such a powerful part of the pop music world due to producing some of the most influential acts in reggae history including Bob Marley & The Wailers and the Congos to name but two.

The Dutch vinyl only (high quality 180g LP’s and 7# pressings) reissue label has already earned respect in the reggae scene with superb vinyl reissues of classic albums. Some of their releases are Bob Andy’s 1978 album Lots Of Love And I, Duke Reid’s rocksteady album Here Comes The Duke and A Song by Pablo Moses. Further interesting sets are Live And Direct from Aswad and Blackheart Man by Bunny Wailer.

In the early 1970s the Upsetters, formerly known as The Hippy Boys and Gladdy’s All Stars, consisted of the Barrett brothers on drum and bass, Alva ‘Reggie’ Lewis on guitar and Glen Adams with his distinctive organ style. They became Perry’s house band and recorded a cartload of tunes. Most of those tunes were collected on albums such as the 1970 released set Scratch The Upsetter Again.

An early reggae album, with a dominating organ that brings us nine uptempo and jerky instrumentals and three vocal cuts. Will You Still Love Me features the soulful voice of Dave Barker, who recorded some of his best work for Lee Perry. He does a great job reworking the Gerry Goffin and Carole King standard. Then there’s the well known Mule Train from Count Prince Miller, actor & singer, who ‘raps’ his way through the Frankie Lane song. Superb & funny! Guitar player Alva Lewis shows his vocal qualities with She Is Gone Again.

The album opener Bad Tooth is a recut of Return Of The Ugly, again with Glen Adams’ organ as leading instrument. Busty Brown recorded King Of The Trombone in 1969 for Perry, Outer Space is the instrumental version of this song. Great take! Extremely danceable is Touch Of Fire with its ska & rhythm and blues elements! One of our favorite numbers here is Soul Walk. It sees Glen Adams in superb shape, laying down a mellow organ melody across a funky riddim. Take One is a recut of the 1969 tune Medical Operation. This version is without the typical organ and`the guitar riffs. The album closer sees Perry experimenting with the instruments across a souled backdrop. 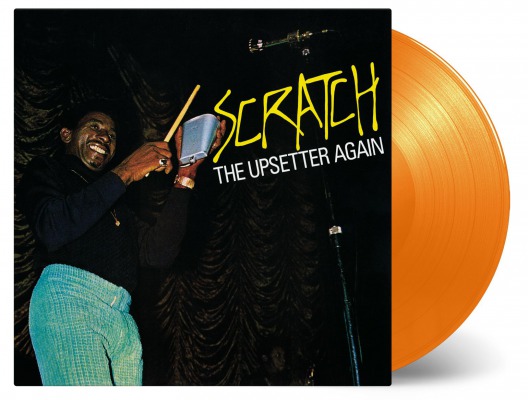