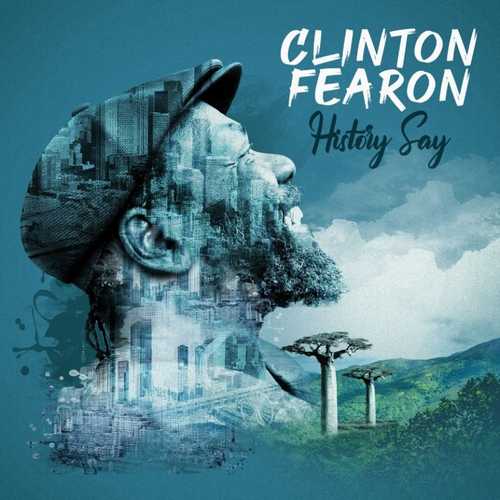 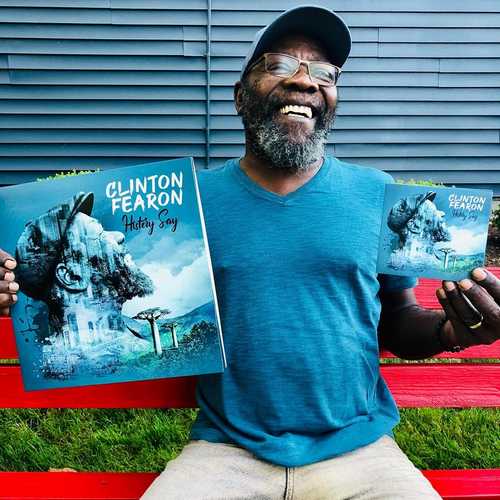 For the reggae fan who isn’t familiair with the name Clinton Fearon – can’t imagine there’s anyone out there!! – here’s a short introduction. Fearon was born in St. Andrew and grew up deep in the hills of St.Catherine, Jamaica. Replacing David Webber towards the end of 1969, he became the singer and bass player of the internationally renowned group the Gladiators, with whom he recorded the singles “Freedom Train” and “Rockaman Soul” for Lloyd Daley’s Matador label. Then Coxsone Dodd of Studio One produced their first full length album featuring Fearon as songwriter and vocalist on several songs including “Step Right Back”. In 1974 the Gladiators went to Joe Gibbs’ studio to record another album entitled “Proverbial Reggae”. Fearon wrote many of the songs on this album and the producer Prince Tony Robinson insisted that he did the lead vocals for tracks such as “Can You Imagine How I Feel”, “Stop Before You Go” and “Marvel Not”. He was a member of the Gladiators during 18 years, playing bass, singing harmonies, and, alongside Albert Griffiths, writing and singing some of the most beautiful songs of the group such as “Chatty Chatty Mouth”, “Richman Poorman”, “Let Jah Be Praised”, “Streets Of Freedom” and many more.

As musician he also worked for Lee “Scratch” Perry for whom he played on many of his best known songs, including “Roast Fish And Cornbread”, which features one of Fearon’s most famous bass lines. Furthermore he composed many lasting bass lines for Yabby You, Jimmy Riley, Max Romeo, Junior Byles, to name but a few. After touring the U.S in 1987 he settled in Seattle and together with other musicians of the Gladiators he founded the reggae band The Defenders. After five years the band split, and in 1993 Fearon formed the Boogie Brown Band with local musicians. Their 1994 released debut album “Disturb The Devil”, a collection of 13 original songs written and produced by Clinton Fearon, quickly received critical acclaim around the globe. Since the release of the “Disturn The Devil” album, Clinton Fearon has released 10 full length studio albums including 2 acoustic sets.

After 50 years of professional career in reggae music and 3 years after the release of his great album “This Morning”, Clinton Fearon comes up with his self-produced 12th album entitled “History Say”. For the realisation of his latest project, Fearon took extra time to give this album and each of its eleven brand new songs a special place in his discography. Besides that the process was also a bit longer to allow collaborations with other artists to happen. It’s actually the first time Clinton Fearon recorded tracks for an album in collaboration with other artists. The latter include Africa’s reggae giant Alpha Blondy, Mike love, Spanish vocal trio Emeterians, and his oldest daughter Sherine Fearon.

“History Say” was recorded for the most part in Seattle with Fearon’s long time sound partner, engineer Mell Dettmer. As Clinton Fearon was also looking for a new sound, he went back in studio in Jamaica. This was for the first time since the Gladiators, now recording his own music with Sly Dunbar on drums, Gladiators’ guitarist Clinton Rufus and successful reggae-dancehall producer Steve “Lenky” Marsden (think “Diwali” riddim) on keyboard. Other musicians involved in this project are Greg Fields (drums), Alex Chadsey (keyboard), Keith Tsukamaki (keyboard), Mark Oi (guitar), Masa Kobayashi (ukulele), Bill Jones (trompet), Izaak Mills (saxophone) and Nelson Bell (trombone).

Besides the expected inclusion of good roots reggae music, the listener is also witness of Clinton Fearon jumping into new musical adventures on some of the album tracks, which without any doubt makes “History Say” his most innovative effort so far. Incorporated are some of his favorite musical genres like jazz, African music, calypso and dub. Various topics are covered in captivating storytelling songs, something Clinton Fearon has always been known and praised for. The vibes on the fresh sounding “Technology” are nearly perfect and the tune itself, telling about the phenomenon of technology, is just a winner in every way. “Mr. Pretender”, with Mike Love delivering impressive harmonies and scats, brings back memories of the Gladiators’ best works and is one of the album’s standouts. This gorgeous tune, and the matching title track “History Say”, is about the constant hypocrisy of politicians today – actually they are not much different from the ones who inspired his Gladiators’ hit “Chatty Chatty Mouth” in the early ’70s.

The three opening tunes are followed by the humorous “Gimme Some”, with surprisingly Sherine Fearon doing the lead vocal. African vibes rule in the light-hearted “Together Again”, the nice collaboration with Alpha Blondy who sings his parts in his native language. Next comes “Time”, earlier this year released on Maxi-single with the addition of three different versions. This wonderful song is an introduction to the philosophy of the artist: “Time is present in all facets of our lives, it never stops and we only enjoy a limited time on this earth. Also what we do with this time is very important.” Musically different is the next track, “Calypso Monkey”, a colourful effort that certainly gets heads nodding. The solid “French Connection” is a special tune due to the fact that Clinton Fearon fell in love with France and a French woman, and his collaboration with French label Baco Records. As ”History Say” winds down the listener is treated to two more strong pieces, “Crazy Ride” and “Why Worry”. Especially the latter, which also has been given an official music video release, is top grade! Spanish vocal trio Emeterians sing all the harmonies on the closure song “I Will”, which ranks near the very top of songs.

Conclusion One of Clinton Fearon's most accomplished albums!