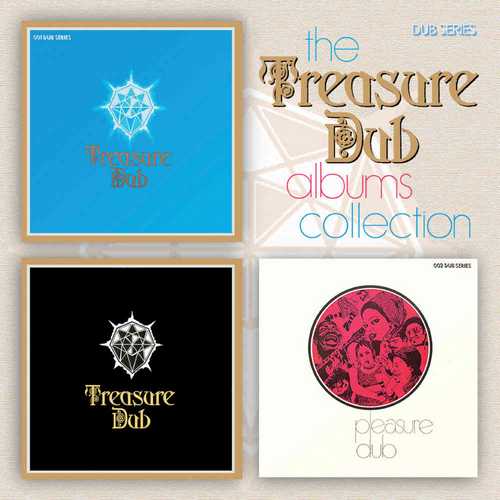 It was in the autumn of 1965 when Duke Reid bought the studio equipment from Lindo Pottinger and established his own Treasure Isle studio on top of his liquor store at 33 Bond Street. When the pace of ska gradually slowed down and transformed into rocksteady Duke Reid and his studio crew created an impressive body of work. The great Tommy McCook became leader and musical director of the Treasure Isle house band Tommy McCook & The Supersonics. Many of Jamaica’s top musicians have been member of The Supersonics at one time or another. The changing line up of the band included Herman Marquis, Hux Brown, Ernest Ranglin, Lynn Tait, Ranny Bop, Neville Hinds, Winston Wright, Gladdy Anderson, Drumbago, Hugh Malcolm, Winston Grennan, Bobby Ellis, Jackie Jackson, Johnny Moore, Karl Bryan, Larry McDonald, Lennox Brown, Lester Sterling, Lloyd Knibbs, Uziah ‘Sticky’ Thompson, Val Bennett and more. After a training from Graeme Goodall Byron ‘Smitty’ Smith became resident engineer on Bond Street.

King Tubby used to repair Reid’s amplifiers and also worked as a disc cutter, where he effortlessly experimented with the Treasure Isle backing tracks. There he developed his unique style of mixing, leaving out vocal parts, emphasizing certain instruments, adding echo, reverb and applying fade in and fade out. Other sources (Bunny Lee) however state the Spanish Town Sound owner Ruddy Redwood was the first to play versions. In the early 1970s Errol Brown, a nephew of Duke Reid, was trained by engineer Byron ‘Smitty’ Smith when he started as a junior engineer at his uncle’s Treasure Isle studio. His training was completed by the Duke himself, which turned out to be a serious drilling. After Duke Reid’s death in 1975, Mrs Sonia Pottinger took over and Errol Brown became the senior man in the studio. He dubbed up the old rocksteady and early reggae masterpieces, of which results can be found on three dub albums namely Treasure Isle Dub Vols 1 & 2 and Pleasure Dub.

Doctor Bird Records, a division of Cherry Red Records, specializes in vintage Jamaican sounds licensed from the legendary catalogue of Trojan Records. More than 40 years after their original issue, these three dub albums are being re-released on a double CD along with a host of rare and previously unissued bonus dub cuts from the period. The package comes complete with interesting liner notes by Harry Hacks.

With no less than 46 tracks this release offers a superb overview of Duke Reid’s heritage…dubwise! The original vocal tracks were recorded during the period 1966 to 1974. Errol Brown remixed the tracks in a very subtle way, leaving the riddim intact and recognizable. A lot of tracks feature parts of the original vocals fading in and out. The dubbed up versions of classic Treasure Isle tunes include Phyllis Dillon’s The Right Track, Alton Ellis’ Ain’t That Loving You, The Paragons’ The Tide Is High and Riding On A High & Windy Day, The Techniques’ Travelling Man, The Melodians’ You Have Caught Me and Things You Say You Love by The Jamaicans.

Personal favorites here are De Pauper A Dub, the dub of Dobby Dobson’s Loving Pauper, the dub reworking of Alton Ellis’ Cry Tought, here retitled Toughest, Gemini Rock better known as Love Is Not A Gamble by The Techniques and Twilight Zone which is a dub construction of Ba Ba Boom by The Jamaicans, a song that won the Island’s Festival Song Contest in 1967. Noteworthy xtra tracks are If I Could Dub This World, the dub from Alton Ellis’ wonderful If I Could Rule The World, John Holt’s Ali Baba namely I Shave The Barber, and from the same singer the wicked I See Your Face Version with its booming bass.

Conclusion Great stuff from the past and still a delight to hear them after all those years.