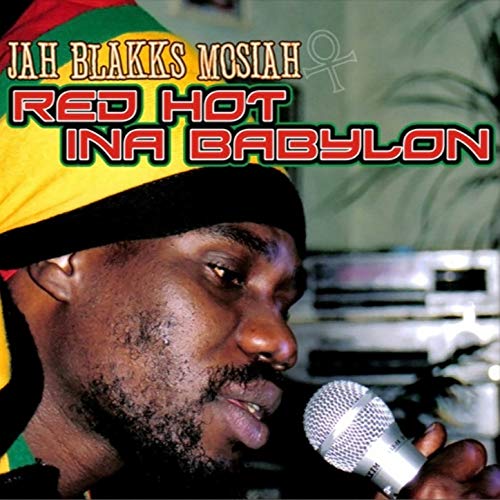 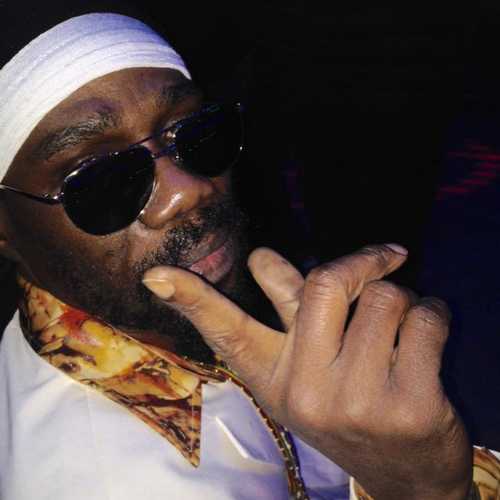 Jah Blakks Mosiah, born as Marvin Brown in Cockburn Pen (Kingston), St Andrew, Jamaica, might not be very well known in the international Reggae world, but he actually has been active as singer for quite some years now.

Growing up in Cockburn Pen (inner-city Kingston, Jamaica) around several musicians and artists, such as the Wailers’ keyboard player Tyrone Downie, with people like Admiral Bailey and others living also nearby, and related family-wise to the Abyssinians, it seemed destined for him to enter the music scene, sooner or later. Indeed he did, as his interest also went in that direction, hanging around music studio’s.
He actually started as a DJ at the Imperial Sound System, under the moniker Berger Black, but started to perform as vocalist in 1989, and recording soon after aided by the team of Allied Arts records in Kingston, Jamaica. His first single was on the Pepperseed Riddim in 1994. Meanwhile he changed his stage name to Jah Blakks Mosiah.
Things progressed steadily since then, as he toured as promotion with other artists, like George Nooks, and also made more songs. In 1998 he got the opportunity to tour in the United Kingdom, alongside Junior Reid and others.

In time he also started to work on his album, collecting his songs, named Red Hot Ina Babylon. This album eventually got released in 2007, and was recorded at Mixing Lab recording studio in Kingston, Jamaica. Using his contacts, the musicians and collaborators included “big names” like Sly and Robbie, Danny Brownie, and Bongo Herman. As the names of these veteran musicians might suggest, indeed some crucial “older”, 1970s riddims are reused on this album, including from the Studio One days, or the early Channel One period, such as the College Rock Riddim (for the song Be Truthful), known also from the Mighty Diamonds song Natural Natty.

The sound of this album Red Hot Ina Babylon, however, has a modern, digital “feel”, in line with its release date, in spite of being (partly) one-drop “live band” roots reggae (with Dancehall influences). In that sense – sound-wise -, it reminds a bit of, e.g., Garnett Silk’s, or some of Everton Blender’s or Cocoa Tea albums, from the same period. Jah Blakks Mosiah’s singing and songwriting style is however different, and strictly his own, and in fact quite unique.

His vocal style has echoes of the “gruff-voiced” school of Bobo deejay’s like Sizzla or Capleton, but is further not fully comparable to any of those, having an own quality. Besides “gruff”, slightly operatic, and rough-edged (even borderline out-of-tune) aspects, his singing voice has soulful qualities as well, and he can “play” with his voice, keeping a good rhythmic flow. He certainly has no “sweet singing voice”, so to speak, but he uses it overall well.

The first four songs, especially Pray To Jah and The Fool are catchy and appealing, having a dynamic vibe, somewhat comparable to Capleton songs. Other songs on the album are fine too, though some are a bit repetitive and simple, such as She Don’t Love Me. There are also tune that turned out better, particularly those where he plays more creatively with his voice – and the riddims are nice – , especially Be Truthful, and Oh Jah Jah.

As noticeable from the song titles, Jah Blakks Mosiah’s message is mainly Rastafari-inspired, with interesting perspectives. So does Go Down Babylon – on the Studio One (Jackie Mittoo)-days riddim called West of the Sun, which has – as some of the other tracks on this album – a “Capleton-like” vibe, due to the dynamic, gruff vocals. Added, “sweeter” vocals make a more Dancehall-like song like Western Cowboys also quite nice and catchy. The intriguing title track combines Dancehall, with acoustic and Nyabinghi influences, which, with his distinct, meandering vocals, makes it quite idiosyncratic. It reminds of some of the more experimental Sizzla songs. The final song Set We Free is okay, showing at least he can sing differently (less “gruff” too), but it simply has the same melody as the Beatles’ Let It Be.

On the plus side, this album has a nice dynamic vibe, an unique singing style, and several catchy choruses on proven riddims. A pity, on the other hand, that the whole musical production sounds a bit “too” digital and stale at times, especially the drum could sound more acoustic and powerful.. at least in my opinion. All in all, however, a good album, of an artist with an own, dynamic style, and with most songs on it being at least nice and catchy.