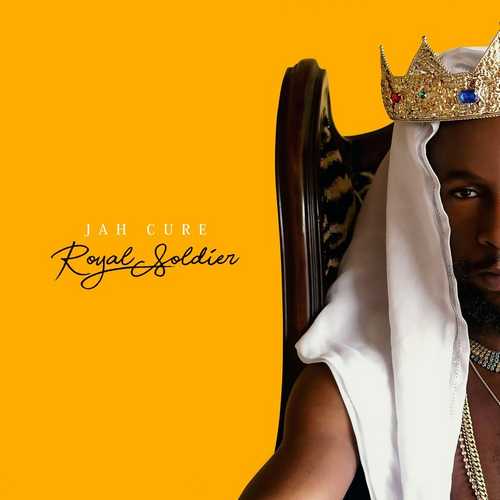 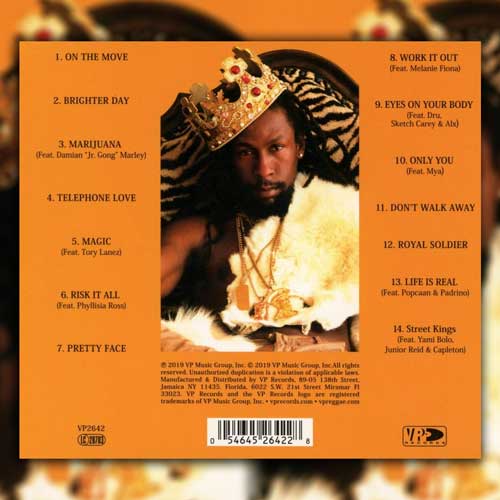 Enigmatic roots singer Siccature Alcock – popularly known as Jah Cure – has recently released his latest effort, the 14 track album Royal Soldier. His career started more than 20 years back.
In March 1997 his mentor Beresford Hammond released Cure’s breakthrough single King in this Jungle, a powerful duet with Sizzla. Under the guidance of Hammond he released a steady stream of quality singles that won him critical and popular acclaim. Late 1998 he was arrested and found guilty of rape and gun charges and sentenced to 15 years in prison. It was there that Jah Cure released three albums and a number of singles.

After his release from jail in 2007 he released the set True Reflections…A New Beginning. It’s a collection of several of the most beautiful singles that were released during the last couple of the 8 years of his incarceration. He took up recording and touring, releasing numerous singles and albums. The year 2009 saw the release of The Universal Cure, followed by World Cry in 2012 and Grammy nominated The Cure in 2015.

With his latest album Jah Cure explores several musical directions, aiming at the international market, and the result is an album with a contemporary vibe. Major theme of the songs is ‘love’, but there’s also room for noteworthy reality tunes. In the acappella opening he brings us his vision “I’m on the verge of making history. Ain’t nobody stopping me. I’m on the move. I’m on the move right now”. The sultry tones of the soul ballad Brighter Day form the backdrop for Cure’s conscious lyrics, dealing with the street violence in Jamaica. He teams up with reggae stalwarts such as Damian ‘Jr. Gong’ Marley, Capleton, Yami Bolo and Junior Reid. With Jr. Gong he’s delivers the breathtaking hit single Marijuana. The majestic tune Street Kings, with a sample of Half Pint’s monster hit Greetings, is one of our favorite tunes on this album. It uses Junior Reid’s ‘One Blood’ riddim as backdrop. Pure rewind stuff!

But he also collabs with Tory Lanez, the Canadian singer, rapper, songwriter, and record producer for the danceable song Magic, an urban pop song with too much synths. Risk It All sees him again in combination with Phyllisia Ross. He also duetted with her on tunes like Call On Me and Unconditional Love. Risk It All is a decent, catchy love song! He displays more love niceness on the 2016 hitsingle Telephone Love co-produced by veteran producer Clive Hunt. The song Pretty Face sees Cure perform in a fitting r’n’b fashion. The affairs of the heart continue with Work It Out, a captivating duet with Canadian r’n’b songstress Melanie Fiona. Not our cup of tea is the result of his collab with Dru, Sketch Carey & Alx. Eyes On Your Body, the lounge love ballad is too sultry and sweet with heavenly harmonies!

On Only You Cure teams up with American songstress Mýa Marie Harrison aka Mýa. The love song flows gently reggae across an appealing reggae riddim. Cure’s love mood continues with the above average Don’t Walk Away. The title track is well worth spinning several times, a steady reggae beat and relevant lyrics keep you involved during the entire song. Nice shoot! Next tune is Life Is Real…the contrast couldn’t be bigger. With Popcaan and Padrino (best known for his monster track Duffles) they deliver harsh reality lyrics across a rap/r’n’b/dancehall backdrop.

With the album Royal Soldier Jah Cure seeks to explore the international market with the use of urban music styles and guest performers from non-reggae artists. A high quality set, top-notch production and arrangements, but we would have liked some more ‘reggae vibes’.

Conclusion A high quality set, top-notch production and arrangements, but we would have liked some more 'reggae vibes'.