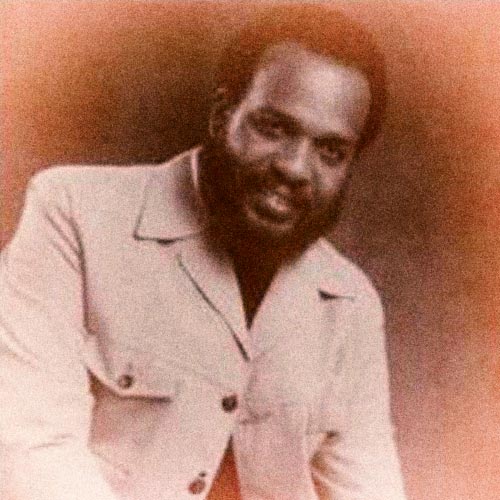 Although Jamaican singer/songwriter/producer/talent scout/record shop propietor Rupie Edwards had enough noteworthy material to be named alongside the likes of all-time greats like Coxsone Dodd, Duke Reid, Lee “Scratch” Perry, Joe Gibbs, Bunny ‘Striker’ Lee or Winston “Niney” Holness, he faded into oblivion after just a brief period of success in the first half of the 1970s. Something must have gone awry after he scored a monster hit in the UK with “Ire Feeling” in 1974 and his emigration to London in that same year, because he was never able to repeat that success, or the musical quality of earlier productions.

Rupie Edwards was born on 4th July 1945 in Goshen, in the parish of St. Ann’s, Jamaica. His foray into the music business began when he was 14 or 15 where he used to hang out with other future Jamaican stars (who had yet to make their mark on the local scene) including John Holt and Pat Kelly. In 1962 his career as a singer took off when he recorded his debut single “Guilty Convict” b/w “Just Because” for L.S. Little Wonder Smith, which was released on the Blue Beat label in the UK. He made two more records for President Bell’s sound system and then with future Techniques member Junior Menz a single entitled “Mother’s Choice” b/w “Amen”. By the mid-60s he put together a singing group called The Virtues, which included singers such as Junior Menz, Lloyd Robinson, Basil Gabbidon (famous during the Ska days), guitarist/singer Eric Frater, Dobby Dobson and Rupie Edwards himself.

From mid 1968, where Rocksteady was just turning into (early) Reggae, he also began to work as a producer in earnest. His earliest production works included The Mediators’ “Look Who A Bust Style”, The Concords’ “I Need Your Loving” as well as many of the tracks featured on this release. Most of these songs were not only hits, but also ground breaking for the time they were recorded. He worked extensively with two main studio engineers, namely Syd Bucknor and producer/engineer Linford ‘Andy Capp’ Anderson. The latter’s engineering and mixing styles are distinctive as they often feature extra delay and effects that were 3 to 4 years ahead of their time. Rupie Edwards’ early riddims were bubbly and upbeat, with a magical interplay of drum, bass, chopping rhythm guitar and rasp, backed up by organ and that picky-plucky sound of the dead string lead guitar. The music is clean and fresh even to this day and, like many other producers of the time, has a familiar feel yet a sound of its own. Many of the songs gathered on this album don’t have solos, just a space for the riddim to ‘breathe’. After Rupie Edwards had met Harry Palmer (of Pama Records) in Jamaica, his productions were released in the UK on Pama’s dedicated label, Success.

And now there’s this delightful dbl cd, showcasing some of Jamaica’s leading talent of the era that was featured on Rupie Edwards’ Success imprint. The two discs contain a whopping amount of 57 classic tunes — including quite a few true gems — that were recorded from 1966 up to 1970. Both discs start off with the long overdue re-release of a 1970 album of Rupie Edwards productions. Disc One opens with the rare and the now extremely collectable 12-track LP “You Can’t Wine”, while its follow-up compilation titled “Music Alone Shall Live” kicks off disc two. The latter, another 12-track album, failed to receive an official UK release, only seeing issue in limited numbers in Jamaica. The beauty of this dbl cd is that the contents of both compilation LPs are further bolstered by the very best of Rupie Edwards’ remaining output from the period.

To say something about each and every track of this set is an unfeasible task, so let’s keep it simple by pointing out a few noteworthy things. Rupie Edwards was one of the first producers who regularly recycled his riddims and released the very first ‘one riddim’ or ‘version’ album, “Yamaha Skank”, in 1974. This collection features early examples of versioning a riddim. The riddim of popular vocal trio The Kingstonians’ summer smash “You Can’t Wine”, is versioned for Lloyd Charmers’ organ cut “Can’t Help Myself”, Glen Adams’ “Souling Way Out” and Rupie Edwards’ “Census Taker”, while the fast riddim of “Rupie Edwards’ “Long Lost Love” is also utilized for Dobbie Dobson’s “I Wasn’t Born Yesterday”.

Rupie Edwards had an ear for quality vocalists and thus worked with fine artist such as Joe Higgs, Max Romeo, Johnny Clarke, Time Unlimited (featuring Junior Delgado), The Heptones, Mighty Diamonds, Errol Dunkley, and The Ethiopians to name a few. Another real fine singer he recorded was Dobby Dobson, who together with Rupie Edwards and Junior Menns had formed the vocal group the Ambassadors and then the Virtues around 1965. The singer’s warm vocal delivery can be fulljoyed on several of his tunes that are included here. He also briefly worked with a number of former members of popular rocksteady group the Paragons, who were trying to establish themselves as solo artists. With the great Bob Andy he recorded “The Way I Feel”, a standout effort and one of the artist’s best-loved records of the rocksteady era. Bob Andy then joined Rupie Edwards and another former Paragon, Tyrone Evans, in 1969 to record “Love Is A Wonderful Wicked Thing”, released around the same time as John Holt’s nice tunes “Man And Woman” and “Fat Girl, Sexy Girl”. Rupie Edwards has also been instrumental in bringing the talents of Gregory Isaacs to the public. Besides four tunes of his group The Concords, this compilation includes the young future superstar’s early solo single “Too Late”.

Conclusion This dbl cd not only treats the avid collector of late '60s/early '70s reggae to a worthwhile collection of tunes, but also highlights the importance of Rupie Edwards' contribution to the history of reggae music.