Cornell Campbell – I Man A The Stall-A-Watt 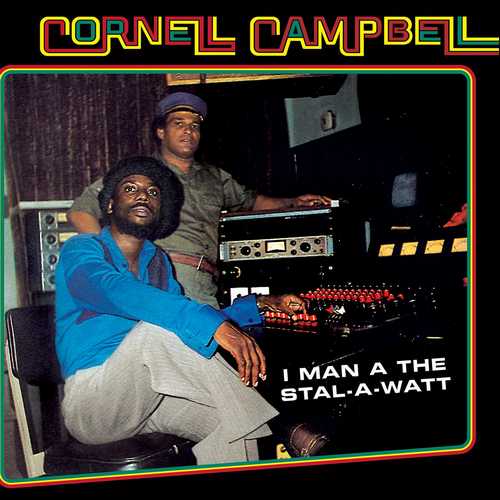 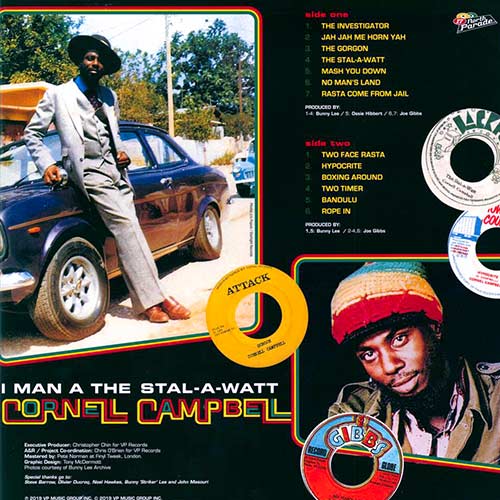 Cornell Campbell – I Man A The Stall-A-Watt

Cornell Campbell started his career at the end of the 1950s cutting some tunes for Coxsone Dodd. After singing in a duo he formed the Sensations. They released several singles including the wonderful Juvenile Delinquent . The songs from that period already featured his beautiful falsetto, which combined a purity of tone that echoed Curtis Mayfield’s with a soulful delivery influenced by Sam Cooke. By 1968 Cornell Campbell became lead vocalist -as Don Cornell- of The Eternals. With tunes like Let’s Start Again and Christmas Joy the group became quite popular on the island. Shortly after, the group recorded the gorgeous double sider Stars / Queen Of The Minstrell for Coxsone Dodd.

In 1972 Cornell Campbell teamed up with the producer who would give him the biggest success of his career so far, Bunny ‘Striker’ Lee, who saw him partly as a replacement for the great Slim Smith, after that singer’s unfortunate death in 1973. His first album was issued only in the UK in early 1974. With the unstoppable producer he recorded numerous lovers and roots slices during the period 1973-1978. By any standards his output of albums in this decade is impressive to say the least. In the early 1980s he linked up with Joe Gibbs and recorded one of his most loved albums, entitled Boxing Around. In that same period he also recorded albums with Tappa Zukie, Junjo Lawes and Bunny Lee.

During the 1980s, his career slowed but was revived in the 1990s. He did an album with Coxsone Dodd and also recorded a showcase LP,
Rock My Soul (Sip A Cup Showcase Vol. 7), for UK producer Gussie P. In 2013 he released an impressive set with The Soothsayers –Cornell Campbell Meets Soothsayers – Nothing Can Stop Us.

I Man A The Stall-A-Watt

The year 2019 sees the release of a retrospective LP (and double cd) by VP Records. We’re reviewing the LP version, a vinyl platter with 13 classic tracks from several producers. The bulk of the song comes from two respected producers, the aforementioned Bunny ‘Striker’ Lee and Joel Gibson aka Joe Gibbs. In 1976 Cornell and Bunny Lee released the LP Stalowatt and from this album (which served as name giver for this retrospective set) we find two tunes. First Stal-A-Watt, a great song across an uptempo version of the riddim of Cherry Oh Baby and the solid lovers tune The Investigator.

For Joe Gibbs Cornell recorded one album, the 1982 released Boxing Around with the incredible popular title track Boxing (Around). On that same album we also find the lovers tune Rope In. A third tune from that LP is also featured here, the rootical gem Hypocrite. Then there’s one contribution from producer Ossie Hibbert. It’s the well known reality tune Mash You Down that sees Cornell singing with ease across the College Rock riddim…rewind & pull up! Pure gold is the 1973 released Jah Jah Me Horn Yah, roots and culture at its best. The tune remains popular throughout years, even in 2016 Dub Store Records reissued the single!

Bandulu runs pon the heavy duty riddim also used by Bunny Lee on Don Carlos’ Late Night Blues. Subwoofer killer! From 1976 comes No Man’s Land for which producer Joe Gibbs used the popular Heptones riddim Get In The Groove. Rasta Come From Jail is a splendid early 1980s recut of the rocksteady tune Let Him Go by The Wailers. The best known tune here is The Gorgon, with the then dominant ‘flying cymbals’ sound played by drummer Santa Davis. Great to spin that tune over and over…….