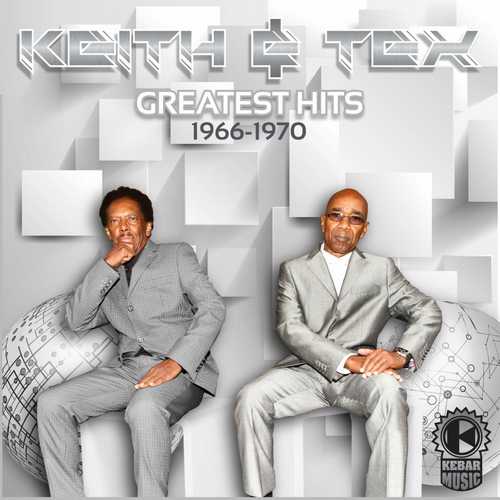 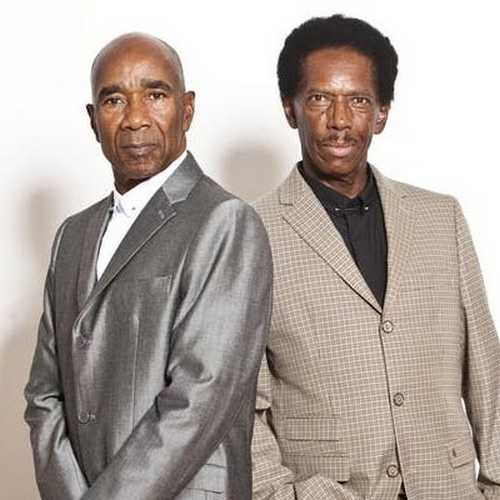 Get a group of veteran reggae fans together, get them talking about the Rocksteady era and names will be dropped like Duke Reid, Tommy McCook, Alton Ellis, Slim Smith, The Sensations, The Uniques, Derrick Harriott, Delroy Wilson, John Holt, and most likely also Keith & Tex.

The dynamic vocal duo Keith & Tex (Keith Rowe & Phillip Dixon) were still teenagers — 16 and 17 years old — when they recorded their first single in 1967. After many rehearsals and a few auditioning disappointments (rejected by Clancy Eccles, Prince Buster, Coxsne Dodd and at Tresure Isle), they were lucky enough to hook up with singer/producer Derrick Harriott. The latter gave them the opportunity to do a recording session at Federal studio with a studio band that included Boris Gardiner, Lynn Tait and Gladstone Anderson. During the first session they recorded “Tonight”, the duo’s very first hit single, while the second session included the recording of “Stop That Train”. These tunes, both featured on this compilation set, have been two of reggae’s most enduring and versioned staples of Jamaican music.

Influenced by the Righteous Brothers, US Soul duo Sam & Dave and Phillip “Boasy” James & Lloyd “lloydie” Campbell aka the Blues Busters, Keith & Tex were one of the few duos that emerged in the Rocksteady era, a period in the history of Jamaica’s popular music that was dominated by vocal groups. The 11 tracks of this compilation  (actually the second collection of Keith & Tex tunes; the 1991 Jamaican release of the LP “Stop That Train” on Crystal Records being the first) treat the listener’s ears to a fabulous duo, who deliver their lyrics over mostly cool’n’bouncy Rocksteady riddims.

The compilation “Greatest Hits 1966-1970” was released on CD and LP by French label Soulbeats Records in 2014, although then titled “Redux”. All tunes gathered here, except “Groovy Situation” which was done for Lee Perry, are produced by the underrated Derrick Harriott. And while listening to this album it’s obvious why, back then, almost everything he touched turned to gold because he was responsible for the best riddims of the Rocksteady era and always brought out the best in the artists with whom he worked. “Stop That Train”, for instance, still gets a forward at any modern dance and has been covered many times (think Clint Eastwood & General Saint). “Tonight” features a great rolling bass line over which Keith & Tex sing their song of love gone wrong. Derrick Harriott produced several further cuts to the riddim and nearly all of them include some of Keith & Tex’s original lyrics. This album contains many classic singles and although not every cut reaches such dizzying heights as “Tonight”, “Let Me Be The One”, “Tighten Up Your Girl (aka “Run To The Rocks”), “Leaving On That Train”, “Lonely Man” and “Stop That Train” (a cover of the 1960’s Ska band The Spanishtonians), this is a truly worthwhile and welcome release.

Conclusion Not to be missed by any Rocksteady fan!