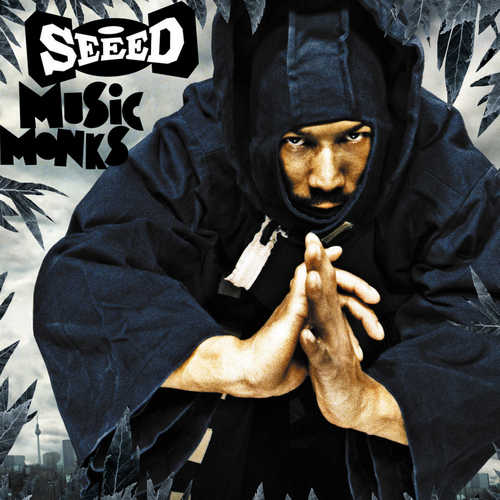 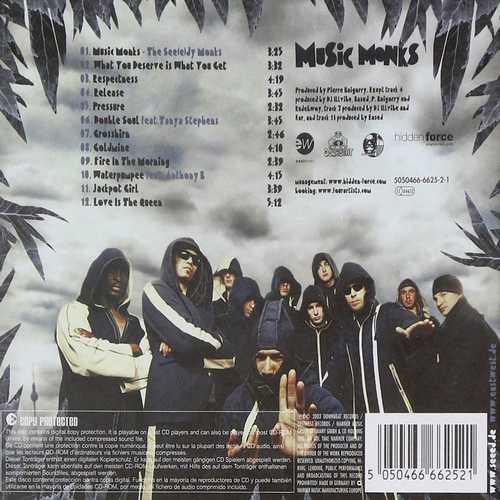 The release of Seeed’s brand new album “Bam Bam” and the start of their new extensive tour in Germany (with already quite a number of sold out shows), is a good cause to bring to mind their 2003 released Gold-selling album “Music Monks”.

Seeed is a German band, founded in the late nineties, with the intention to create a sound of New Orleans-Marching-Style and DUB and Hip Hop. The band consists of eleven (!) persons who over the last year have come to the attention of reggae enthusiasts worldwide, with their riddim, voiced not only by themself but also a host of Jamaican top artists, “Doctor’s Darling” – actually a revitalized version of Gregory Isaacs’ “Night Nurse” – and they have already had Tanya Stephens riding their latest “Pharaoh” riddim for her tune “Lock Down”.

The (title)song that starts this album “Music Monks – The See(e)dy Monks” is their own take on the “Pharaoh” riddim. Like a lot of current dancehall riddims with far and middle-eastern influences there is a prominent Arabian influence in this riddim. It’s the ‘strange’ mix of German and English lyrics throughout the CD that might put people of, but if you understand even just a little bit German only enhances the overall lyrical quality of the disc. “What You Deserve Is What You Get” is an umptempo song about the choices you have got to make in life, between the rat race and enjoying life. “Respectness” is an all English lyrics about mutual respect, starting and ending with an old blues sample, and in between a thumping riddim. is Seeed’s take on the now world-famous “Cure” riddim with the “Close To You” sample, that is another great track over a great riddim showing Seeed is not at all inferior to their Jamaican counterparts who have already dropped songs on the “Cure” riddim (e.g. TOK’s “Shining Star” and Tanya Stephens “Need You Tonight”).

“Pressure” is a free interpretation of the Fishbone song, again with very prominent Arabian influences. “Double Soul” is a more dubbed up riddim, where Tanya Stephens shares the vocals with Seeed’s three vocalists Enuff, Eased and Ear. “Grosshirn” is an all German conversation between a man and his brains (Hirn), over an electro-style hip hop reggae riddim. “Goldmine” is a song where turntablist and sample-wizard DJ Illvibe illustratics musically a dark gloomy hip hop vibe. Followed by the great ska tune “Fire In The Morning” about a girl who only wants ‘it’ in the morning, in the night all you hear is ‘later’ and she’s like a cool ‘fridgerator. Next up is their hit song together with Anthony B “Waterpumpee” on the “Doctor’s Darling” riddim, which has Anthony B and Seeed captured in topform. What a great song on this superb riddim.

“Jackpot Girl” is an old-school horn-driven dancehall tune, with great harmony vocals backing up the lyrics about the jackpot girl who has left and gone. “Love Is The Queen” is yet another song highlighting how strong Seeed’s horn section is, and how much this adds to a full sound behind the 3 man strong vocalists over the tight riddim section. This is reggae the way it should be played, and with great lyrics in every song “Love is unkind if you step outa line/ she’s a cold or she’s a warm hearted mother/ love is divine if you enter right in time/ you’d better check it next time”. This version of the CD contains two bonus tracks that make it well worth buying instead of the original release, the first is General Degree riding the “Pharaoh” riddim on “Miss Gorgeous”, and the second an alternate version of “Fire In The Morning”.

Conclusion If you like Jamaican music ranging from ska to the most modern dancehall riddims, you just can't afford to miss out on this album.