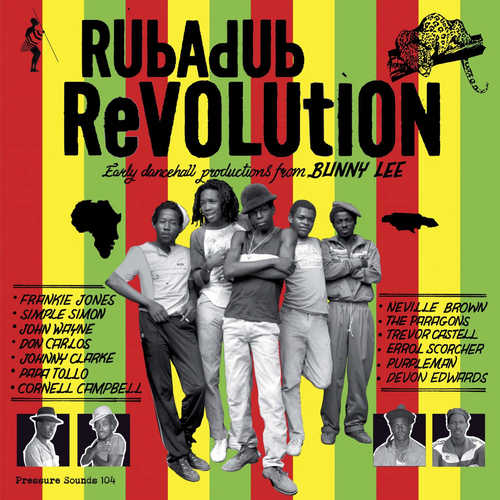 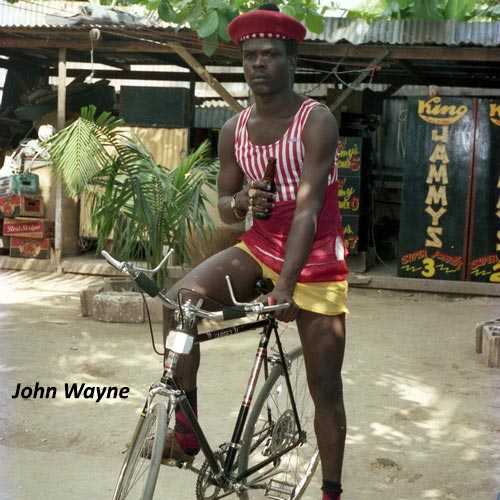 In the early ’60s Edward O’Sullivan Lee OD, better known as Bunny ‘Striker’ Lee, began as an independent record promoter for producers like Leslie Kong, Ken Lack, Joe Gibbs, Coxsone Dodd and Duke Reid and then, in 1967, started producing records himself. From 1969 to 1972 he had an unmatched run of hits, consequently earning the title of Jamaican Producer of the Year during four consecutive years. Besides being a very prolific producer, Bunny Lee was also a creator of musical trends with the during 1974 developed ‘Flying Cymbals’ sound and then ‘Rockers’ probably being his best known achievements. Another important development in the mid ’70s was him being the first to show how familiar classic riddims, mostly from Studio One and Treasure Isle, could be updated and freshened for a young audience. Besides that he was among the first producers to realize the potential of using the same riddim time and time again. Last but not least he was instrumental in the creation of Dub, releasing the first ever King Tubby albums.

Since the 1998 released compilation set “Watch This Sound” by The Uniques, Bunny Lee and UK reissue label Pressure Sounds have collaborated on a series of critically acclaimed reissues and compilations that highlight the producer’s contribution to Jamaican music from 60’s rocksteady (The Uniques’ “Absolutely Rocksteady”) to ’70s reggae, roots (Bunny Lee & Friends’ “Next Cut”) and dubwise styles (Prince Jammy’s “Conflict Dub” & “Dubbing In The Front Yard”). Their fruitful partnership continues with “Rubadub Revolution: Early Dancehall Productions From Bunny ‘Striker’ Lee”, which marks their first foray into Bunny Lee’s transformative ‘Rubadub’ work from the late ’70s to mid ’80s.

During that period of time, known as the early dancehall era, the ‘Rubadub’ style was hot in the Jamaican dancehalls. Bunny Lee, being a man with ears almost preternaturally attuned to the slightest ebbs and flows of Kingston’s always changing musical landscape, quickly picked up on this shift in taste and readied himself to take on these new upstarts. The producer kept well away from the uncompromising Roots Radics sound, the then number one band for Jamaican recordings, and instead mostly linked up with The Aggrovators and Soul Syndicate, who in part had become the High Times Band led by Earl ‘Chinna’ Smith with furthermore including musicians such as Carlton ‘Santa’ Davis, George ‘Fully’ Fulwood, and Keith Sterling.

However, for Bunny Lee the dancehall era wasn’t about finding a sound, but more about maintaining a presence, because he knew that it was the time of Henry ‘Junjo’ Lawes, Linval Thompson, Sugar Minott etc, who had the artists that were in favour. By 1980, he had gathered a stable of young artists around his core veterans and released music from Cornell Campbell, Frankie Jones, John Wayne, Sassafrass, Papa Tullo, Delroy Wilson, Johnny Clarke, and Don Carlos to name only a few. And although Bunny Lee might not have been the ‘Striker Lee’ from previous eras, he still played his part in keeping the music on the go. His biggest hit in the era came from a recut of “Boxing”, which Cornell Campbell originally cut for Joe Gibbs. Bunny Lee came up with another riddim and it hit again!

Instead of Cornell Campbell’s “Boxing”, this gorgeous and certainly not to be missed compilation features three other worthwhile tunes from the Don Gorgon including the previously unreleased scorcher “Exterminator” and the killer “Bandulo”. The latter’s full extended US version (30 seconds longer than on the UK release) was mixed by Scientist and includes its brutal dub version. Across the same riddim comes a worthy next cut, Neville Brown & John Wayne’s matching singer/deejay collaboration “The Right Time (Boogie Down)”, which was recorded two years after the “Bandulo” piece. This later cut was mixed by underrated engineer Winston ‘Professor’ Brown who had replaced Scientist at King Tubby’s studio. Another Bunny Lee collaboration with Professor resulted in Don Carlos’ wicked hit tune “Lazer Beam” across the “Weatherman Skank” riddim – a relick of The Three Tops’ “It’s Raining” riddim. Included here is the rare extended version with Papa Tullo being responsible for the deejay piece. On the same riddim comes the awesome “Know Yourself Mankind” by The Paragons, who at the time of the recording were Tyrone Evans and Howard Barrett. It’s taken from a 1982 released rare Paragons white label album on Black Joy entitled “For You”.

This compilation features another track by the Paragons duo, the hard-hitting “Place Called Zion” from the 1981 released album “Now” (also released as “Positive Movements” and “Heaven On Earth”). Bunny Lee produced numerous deejay cuts of which a few are also inccluded here. Included here are tunes by Papa Tullo (also spelt Tollo), who was part of the new wave of deejays with whom the producer recorded a lot of tunes, Eek-A-Mouse sound-alike Simple Simon, the great Errol Scorcher, John Wayne and Purpleman. The Papa Tullo tracks “Every Half Is A Fraction” and “Part Two” (across the same riddim utilized for The Paragons’ “Place Called Zion”) come from his album “Crown King”, another rare white label album on Black Joy. Both tunes are well worth hearing, with in particular “Every Half Is A Fraction” being the one that goes on repeat.

Besides more than welcome tracks by Cornell Campbell and Johnny Clarke, both established stars from Bunny Lee’s stable, there are also tunes by some truly obscure and barely recorded artists included here. Interesting and noteworthy are “Too Popular” by Lacksley Castell’s brother Trevor Castell and Devon Edwards’ previously unreleased “Babylon No Badda Haul And Pull Me” – on a revitalized version of Studio One’s “Undying Love” riddim – and “Lay Down Flat”. And then there’s Frankie Jones’ “Gun Fever” on the “Joe Frazier” riddim, a heavy tune from the digital era of dancehall, and Donovan Phillips’ “Gun Fever Version”, both being solid efforts.