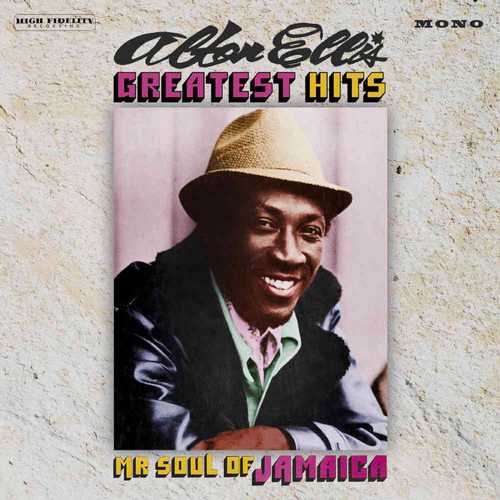 Alton Ellis was born in 1944, Kingston, Jamaica. He has been in the business for more than 45 years and died of cancer on 10 October 2008 at Hammersmith Hospital, London. He recorded intensively for both Coxsone Dodd and Duke Reid in the 1960s and 1970s. His Studio One albums Sings Rock & Soul, Sunday Coming and The Best of Alton Ellis remain immensely popular. His Treasure Isle set Mr. Soul of Jamaica (known in the Uk as Greatest Hits) is widely regarded as his definitive Treasure Isle rocksteady album. At Treasure Isle he was by far the label’s biggest selling male vocalist. In 1970 he did the last recording session for Duke Reid where he cut the roots tune Black man’s World and two soul covers.

When Jamaican music moved from ska to rocksteady Alton Ellis established his reputation further with his own compositions as well as fine cover versions of mainly US soul songs, the latter providing him the nickname “Mr. Soul of Jamaica”. Apart from his songwriting abilities and voice, Alton Ellis’ particular gift was his ability to take soul songs and place them in a specifically Jamaican context and so make them ‘reggae songs’ rather than mere cover versions. Since the early 1970s he was a resident in London where he discovered lover rock star Janet Kay. He also started his own business with a record store called ‘Alltone’, later also converged to a same-titled label. He recorded with British producers and kept active on the reggae scene until his health began to deteriorate.
Alton Ellis, a great singer, songwriter, and composer gave us timeless music and deservedly received the Order of Distinction for outstanding and important services to Jamaica from the Governor General.

Doctor Bird Records, a division of Cherry Red Records, specializes in vintage Jamaican sounds licensed from the legendary catalog of Trojan Records. More than 40 years after its original issue, it’s being re-released on a double CD along with a host of rare and previously unissued bonus cuts from the Treasure Isle vaults. The package comes complete with a booklet containing interesting liner notes by Tony Rounce.

The original tunes of the album represent a perfect showcase for Alton’s stay at Treasure Isle, although some of his biggest hits including Rock Steady, Girl I’ve Got a Date and Cry Tough were left off it. Besides sublime original tunes like I Can’t Stop Now, the heartache filled Breaking Up and the haunting If I Could Rule The World he delivers excellent interpretations of soul tunes like My Willow Tree and What Does It Take. Worthwhile mentioning is Ain’t That Loving You, his more than sublime rendition of Johnnie Taylor’s soul hit. Check the horns intro of the original!

Disc One continues with no less than 12 bonus tracks, including the aforementioned hits Rock Steady, Girl I’ve Got a Date (7″mix) and Cry Tough (take 6). Rock Steady, his most popular rock steady statement, named the genre that swept the dances on the island during the period 1966-68. His do-over of The Delfonics’ hit La La Means I Love You emphasizes once more his ability to cover a soul tune and giving it the unique Alton Ellis twist. Give Me Your Love is a duet with David Isaacs while I Love You is a slow soul ballad with Phyllis Dillon. Also included here is the well known Black Man’s World, a song that Duke Reid held back for a long time since he wasn’t a fan of roots and consciousness music.

Disc Two brings next to a handful of alternate takes of his tunes, the ska anthem Dance Crasher and a lot of lesser-known tunes from the Treasure Isle vaults. There are soul songs like Oh, What A Smile Can Do, Nothing Sweeter, The Same Song, and Don’t Gamble With Love. He tackles in fine style The Heptones’ Why Did You Leave Me as well as the soul novelty tune Duke Of Earl, a much-covered song on the island. There’s also a soul version of his Studio One hit I’m Just A Guy!

Conclusion Not to be missed Alton Ellis collection!