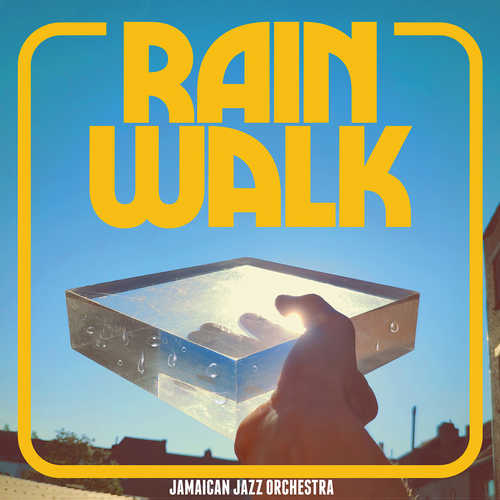 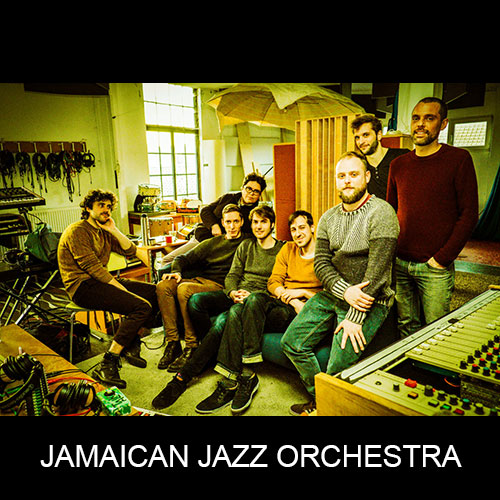 Jamaican Jazz Orchestra, a band based in Ghent Belgium, was founded by Wouter Rosseel in 2011. It was his love for Django Reinhardt, Sonny Rollins and Swing Jazz on one hand and Reggae, Rocksteady and Ska on the other that made him form the eight-piece instrumental orchestra. The band, consisting of first-class musicians who have played in groups such as Brussels Youth Orchestra, Zulemax, Leki, The Rhythm Junks and the internationally known Pura Vida, includes Wouter Rosseel (guitar, composer), Marie-Anne Standaert (trumpet), Tobias Storme (trombone), Bruno van der Haegen (alto sax), Ruben Verbruggen (baritone sax), Karel Cuelenaere (keys), Ruben Lamon (bass) and Xan Albrecht (drums).

After the release of their self-produced untitled debut EP in 2013 and the debut album “Encounters” in 2015, Jamaican Jazz Orchestra comes up with a second full-length album titled “Rain Walk”. Despite its slightly somber title, the band has managed to capture some sun for their new album. The eight musicians (plus female guest vocalist Helena Casella, Pura Vida”s Bregt De Boever on percussion, and producer and mixer Tom Callens playing sax on one track) treat the listener to ten tracks of which most are positively bristling with fun. Being the composer of the band, Wouter Rosseel is responsible for all of the band’s compositions, which – and that’s really a good thing – solely consists of fresh originals. Not taking the easy road of including reprises of Jazz and Ska tunes is not only praiseworthy, but also says a lot about the excellent skills and huge talent of Wouter Rosseel and his band.

The “Rain Walk” album contains material that runs the scale from grooving to frenetic then back to relaxed. Each and every track is delivered in full perfection by an amazingly tight playing riddim section, which is complimented by the lush arrangements of the four piece horn section. Besides that, the compositions leave enough room for individual musicians to showcase their creative flow in solo parts.

Things get started with the incredibly lively sound of “Monkey See Monkey Do”, an uptempo instrumental that fires on all cylinders and makes you move your dancing feet. Great opener! A totally different mood and vibe comes with “Queen Of Hearts”, an utterly beautiful piece incorporating some real appealing solo parts. And then it’s Ska time with the lovely “Earth Tones”, with the band being in full swing. The head-nodding “Scorcher” is a horns-laden instrumental with a nice funky feel in which the virtuoso horn section demonstrates its instrumental prowess. Side A is rounded off with the golden “Few Cashew”, a track built around Wouter Rosseel’s wonderful jazzy guitar play.

The first thing that attracts attention when listening to “Mordan” is the awesome driving bassline and superb drumming. And then on top there’s Tobias Storme’s wonderful trombone play making this reggae instrumental one of the album’s gems. Wheel and come back again!! Next comes the solid “Happy Earthquake”, a previously released single which just sounds good to the ears. Young and talented Belgian/Brasilian singer Helena Casella pops up on vocals on the previous released single “Morning Girl”. The only vocal track on this album, a poppish song about a young woman’s emerging awareness on living a life free from expectations and conventions, outshines in lightness, innocence and goodness. For whatsoever reason other previously released tracks, “A Beh Bah” and “Big Belly Blues”, that were meant to be included on this album have been left out. The majestic title track “Rain Walk” is one of sheer beauty that wouldn’t have sounded out of place on an album of Count Ossie & The Mystic Revelation Of Rastafari. Pure Rastafarian inspired music! The joyful sounding “Fonky Town” closes things out in fine style. Without any doubt the entire album will please both aficionados and novices. 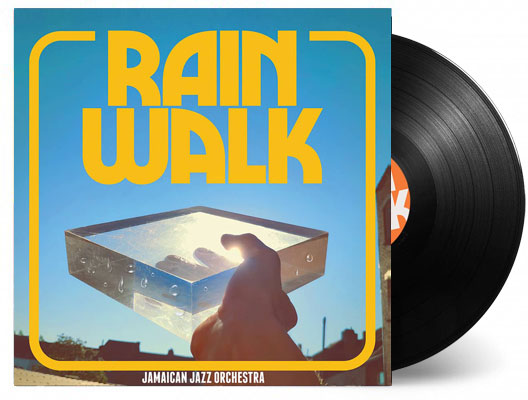 Conclusion Jamaican Jazz Orchestra's hybrid album will make you discover that Jazz and Jamaica were never so close.