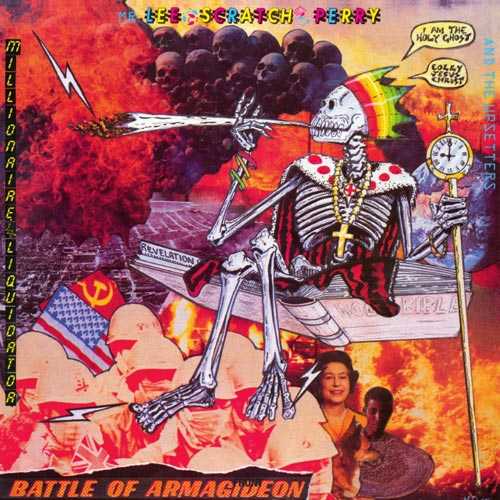 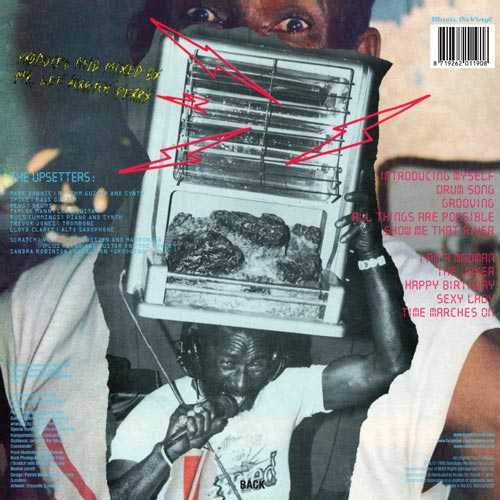 The 1970s is the decade that the genius of Rainford Hugh Perry pka Lee ‘Scratch’ Perry was confirmed with a run of pop hits as well as hardcore classics. It began with the production of three Wailers albums for his Upsetter label. These three albums were recognised by many reggae aficionados as the group’s most creative (they included tracks like “Duppy Conqueror”, “Small Axe”, and “Soul Rebel”). In 1973. Lee Perry created an entity known as The Black Ark studio, which became the home of many reggae gems. Free to experiment at will, the bounderies of reggae music were twisted, turned, wrinkled up and smoothed out again as Perry applied his unique magic touch to artists like Susan Cadogan, The Heptones, Max Romeo. Junior Murvin, and The Congos amongst many others.

Five years after Lee Perry had built a studio in the back yard of his home in the Washington Gardens neighborhood of Kingston, stress and unwanted outside influences began to take their toll: both Perry and The Black Ark quickly fell into a state of disrepair. Eventually, the studio burned to the ground. About seven years after he had been living in the burnt out ruins of his Black Ark studio in Jamaica, his career took a new path when he met Mark Downie aka Marcus Downbeat in London with whom he worked on a new album between November 1985 and March 1986. The tracks for that album, “Battle Of Armagideon (Millionaire Liquidator)”, were recorded at the Thameside Studios in south-east London with a group of musicians he called The Upsetters. This, of course, weren’t the original Upsetters but a UK session band consisting of Peng (drums), Tarlok Mann (lead guitar), Russ Cummings (piano, synthesizer), Mark Downie (rhythm guitar, synthesizer) and Trevor Jones (trombone). The LP was released by Trojan Records in 1986, and now gets an orange coloured vinyl reissue on the Music On Vinyl label outta Holland.

It can’t be denied that by the mid-’80s, Perry’s own semi dub recordings had become increasingly self indulgent to the point of incoherence. This more or less also goes for “Battle Of Armagideon (Millionaire Liquidator)” as this set was recorded and released during this period of time. It’s certainly not one of his best albums and, perhaps with the exception of the well-known “I Am A Madman”, nowhere comes near the heights attained by ‘Scratch’ at The Black Ark. Both “I Am A Madman” and “Introducing Myself” belong to the highlights of this LP. Both tunes are tripped out reggae tunes, with suitably nonsensical lyrics and a surprising catchy combo of odd guitar sounds, organ skanks, and dread bass, adding up to a pretty spectacular display of psychedelic sounds. Here Perry’s singing is quite distinctive, with a softly spoken, crusty speech, this in contrast with his unintelligible mumbling on a large volume of inferior albums that appeared during the past two decades or so. Furthermore worth mentioning is the pure craziness of his version of the classic “Drum Song”, which incorporates a melody of the Beatles’ “Norwegian Wood”. Also, do check “Happy Birthday”, which in the hands of ‘Scratch’ goes beyond the traditional birthday song in an inimitable way. 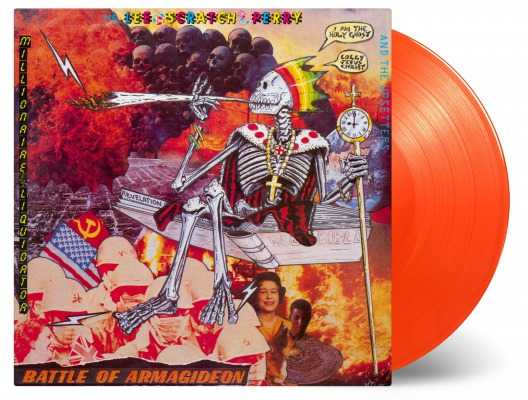 Conclusion Not one of Perry's best album, but worth purchasing for a few tunes that stand out.