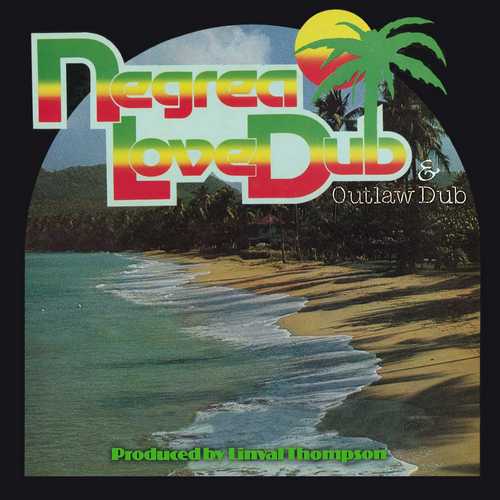 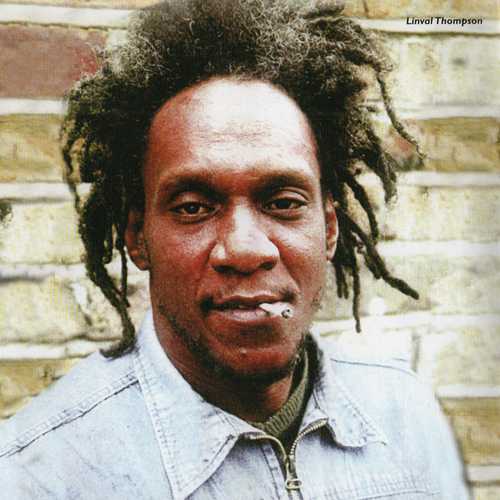 This 20-track cd brings together two foundation dub classics from the golden era of roots & dub, previously only appearing in digital clarity in the 2009 released third volume of Greensleeves’ box set series “Evolution Of Dub”, where they were accompanied by Linval Thompson’s “Green Bay Dub” and Jah Lloyd’s “Goldmine Dub”.

As a youngster, Leval Alphonso Thompson popularly known as Linval Thompson, had begun his recording career in in Queens, New York, where he spent time with his mother after being raised in Kingston, Jamaica. It was around the age of 20 that he recorded the self-released single “No Other Woman” in Brooklyn. He returned to Jamaica in the mid 1970s where he recorded with Phil Pratt, only to return to New York to study engineering. After his debut album, “Don’t Cut Off Your Dreadlocks”, for Bunny Lee in 1976, he began to produce his own material, the first fruits being the 1978 album, “I Love Marijuana”, which – together with the strong dub sets “Negrea Love Dub” and then “Outlaw Dub” – he licensed to Trojan Records for release. Linval Thompson in his producer’s role has probably generated more dub albums than any other Jamaica-based producer.

“Negrea Love Dub” as well as “Outlaw Dub” feature Linval Thompson produced riddims, which were laid at Channel One studio by The Revolutionaries – at the time a celebrated studio band led by drum and bass partners Sly Dunbar & Robbie Shakespear – and mixed at King Tubby’s renown studio at 18 Dromilly Avenue in Kingston by Prince Jammy. “Negrea Love Dub”, by some wrongly referred to as the dub counterpart of Linval Thompson’s epic debut album “I Love Marijuana” from 1978, is a bit of a curious affair. The 10-track dub set starts off with riddims long-time reggae fans will instantly associate with tunes from Gregory Isaacs’ self-produced LP “Cool Ruler” that came out on the African Museum imprint in 1978. Especially striking is the fact the these riddims aren’t re-cuts. They are exactly the same as the original versions – assuming that Gregory Isaacs was the one who used them first, although it easily could be the other way around.

Apart from recognizing riddims from tunes included on the “Cool Ruler” LP, the dub aficionado will rather think of Gregory Isaacs/Prince Jammy’s excellent dub counterpart “Slum In Dub”. The opener, “Rock Me In Dub”, is instantly recognized as the riddim Gregory Isaacs utilized for “Party In The Slum”, over which Linval Thompson voiced “Rock Me Baby”. This one, and also the other tracks featured here, confirm the importance of Sly Dunbar’s drumming, but also the keyboard skills of Ansel Collins which are always very cool. Others known from the “Cool Ruler”/”Slum In Dub” sets are “Channel One In Dub” (“Words Of The Father”/”Crofs”), “Negrea Africa Dub” (“One More Time”/”Tam Tam”), and “Thompson In Dub” (“John Public”/”Public Eyes”). However, here “Negrea Africa Dub” is the dub version of Linval Thompson’s “Rocking Vibration”, while “Thompson In Dub” is the dub counterpart to his tune “Super Star”. “Roots Dub” is Prince Jammy’s dub treatment of “Girl You Are A Cheater” from the singer’s “Love Is The Question” LP. Among the remaining tracks from the “Negrea Love Dub” there are a few dub goodies to be found including “Lion Dub”, the awesome “Natty Dread Dub” and “Africa Love Dub”, the dub version of “Jah Jah Dreader Than Dread”. The sound of the ten dubs featured here is hypnotic and its effects are euphoric to say the least.

At the time the “Negrea Love Dub” LP wasn’t released in Jamaica, while “Outlaw Dub” was – although under the title “Strong Like Samson Linval Thompson In Dub” with a completely different set of titles and slightly different running order. According to the credits on the original LP, the dubbing of the tracks was done at Channel One studio, which makes sense as they had capable mixing engineers like Lancelot ‘Maxie’ McKenzie and Stanley ‘Barnabas’ Bryan. The dubs featured on “Outlaw Dub” are culled from tunes done by a variety of artists and include Linval Thompson’s “I Never Run I Never Hide” and “If I Follow My Heart” as well as George Nooks’ “If You Should Lose Me”, The Diamonds’ “Danger In Your Eyes” and Mystic Eyes’ “Perilous Times”. Unlike the “Negrea Love Dub” set, this dub affair features a few do-overs of rocksteady and early reggae riddims. Tracks like “Dub I Dub”, “Roots Man Dub”, “Fisherman Style” and the album closer “Thompson Sound Incorporated” are the ones that shouldn’t be overlooked. Check the “Rock In The Ghetto” album from Trinity (included on the dbl cd “The Linval Thompson Trojan Roots Albums Collection”) for hearing the deejay dropping his lyrics over the same riddims featured here.

Conclusion A cd of dubbed out goodness from the crucial roots & dub era.