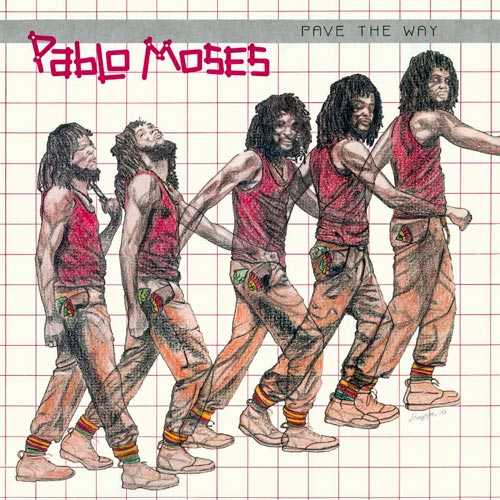 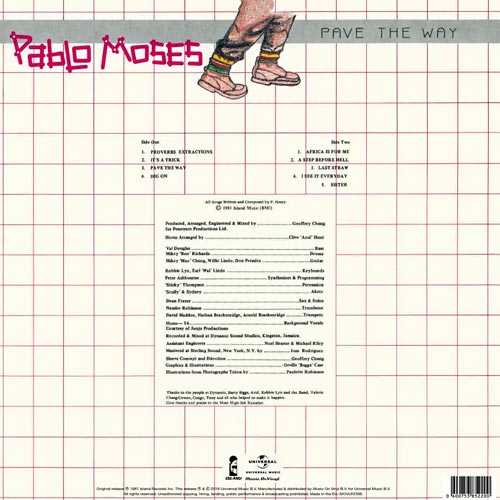 Together with artists like Little Roy and Fred Locks, Pablo Moses belonged to a group of Rasta singers that emerged in the 1970s. In contrast to those artists who could handle a cultural or lovers lyric with equal facility, they were more reflective singers who rarely recorded tunes not in a conscious vein. In comparison with Little Roy and Fred Locks, Pablo Moses was a far more sophisticated artist, though just as committed to a Rasta-inspired view of the world. Rather than sounding like an unwordly Rastaman who suddenly finds that he has the opportunity to express his beliefs in the recording studio, Pablo Moses – a highly original vocalist – chose the path of social commentary infused with spiritual values.

The “Pave The Way” album represents the final chapter in the trilogy of Pablo Moses’ works with the very brilliant and underrated producer Geoffrey Chung during the period ’75-’81. It followed up his acclaimed, but at the time mostly ignored debut album “Revolutionary Dream” and his excellent sophomore album “A Song”, his most successful album ever. Although the 9 tracks included on “Pave The Way” didn’t posess quite the sustained power of his 1975 released “Revolutionary Dream”, it – together with the “A Song” set – was of all the albums that followed the one that came nearest.

With the tracks featured on this album, Pablo Moses offers the listener a vision of the world imbued with Rasta philosophy and imagined realism. Side A opens with the masterpiece “Proverbs Extractions”, a praise of popular culture and Rasta way of life. Earlier this year this tune, together with “Music Is My Desire”, was reissued in France as a discomix on 10″ vinyl by Rebirth Records. Next comes the solid “It’s A Track”, a funky groovin’ piece in which he’s a disillusioned observer of an oppressive society that shatters the weakest. In the last two tracks of this side, “Pave The Way” and “Dig On”, and the opener of Side B, the solid “Africa Is For Me”, Pablo Moses calls for world unity, construction and repatriation. In the beautiful cautionary piece called “A Step Before Hell” he literally portrays the Babylonian hell of Kingston during the violent election year of 1980. With the excellent “Last Straw” he returns to the theme he touched in “It’s A Track”. The social commentary “I See It Everyday” brings the listener the observer Pablo Moses at his best. The album is rounded off by the superb “Sister”, an allegory of the woman who’s at the same time sister of Rastaman and girl of Africa. 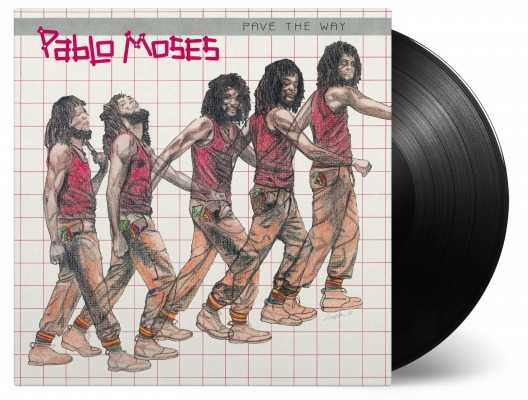 Conclusion This album is true reggae in the classic sense and belongs in just about any well-rounded reggae collection!