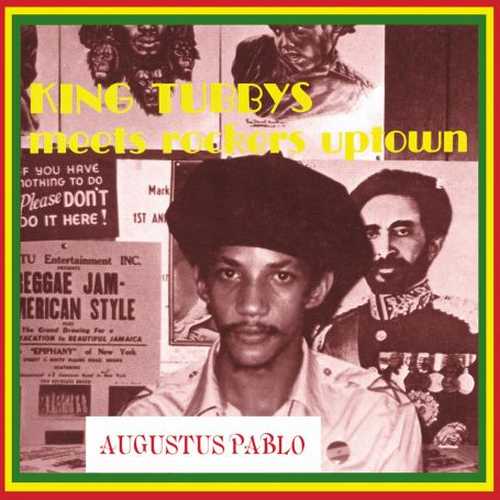 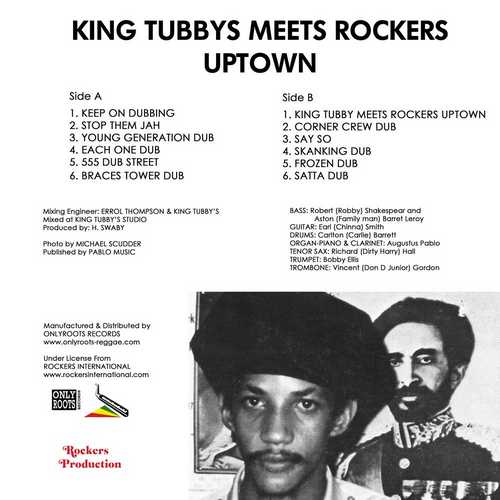 A quiet, steady force in Jamaican music for nearly 30 years, Horace Swaby aka Augustus Pablo was an unlikely star. As a sideman, he transformed an ungainly plastic wind/keyboard instrument called the melodica into a mystical horn, blowing eerie, serpentine melodies that conjured up images of a charmed land populated by reggae kings and queens. As a leader, he impressed some of Jamaica’s most innovative engineers/producers (Lee “Scratch” Perry and King Tubby among them) with his almost telepathic understanding of the dropouts and extended riddim sequences that made the dub style such an important force in reggae and western youth-oriented dance music in general. Augustus Pablo passed away in May 1999.

Augustus Pablo was constantly setting new standards, searching for new ideas. His productions, distinctive as they already were by his “Far Eastern” style of playing, became as individual by their arrangements as, say, Coxsone’s or Upsetter’s were by theirs. The way in which the riddims were mixed was also important to Pablo. In common with Vivian Jackson, Lee Perry, Bunny Lee and several others he employed Osbourne Ruddock aka King Tubby to mix his productions. King Tubby’s studio has always made its own highly innovative mark on Pablo’s music. It actually led to the release of an album that confirmed and spread both men’s reputation: the 1976 released dub set “King Tubbys Meets The Rockers Uptown”. The latter was (and still is) a sound revolution. A real shock to the senses. Even the highly advanced computerised mixing of today’s sound doesn’t match the work of Pablo. King Tubby’s mixing control pushes the sound over the limits! The album was Pablo’s first self produced set, released in Jamaica on the Yard label and in the US – without Pablo’s permission – by Clocktower Records. The music on this album moved Pablo forward without delay!

Forty-three years after its original release date, Yard/Only Roots have reissued this landmark dub album on vinyl. From its dramatic opening – the intro to the dub of Jacob Miller’s “Keep On Knocking” – to its shimmering conclusion with “Satta Dub” – the album is (alongside Lee “Scratch” Perry’s “Blackboard Jungle”) the greatest dub album ever made. The combination of Pablo’s raw drum & bass riddims – Carlton Barrett in an absolutely blinding form, and Aston “Family Man” Barrett and Robbie Shakespeare providing awesome basslines – with the superb Bobby Ellis’ horn arrangements, and Errol T’s precision engineering at Randy’s Studio, are all treated to King Tubby’s corruscating mixing techniques, and have never been surpassed. It’s obvious that when you give some real fantastic riddims to an inspired mixing engineer, everything perfectly comes together – as is the case here. The title track, a simply stunning dub to Jacob Miller’s “Baby, I Love You So”, is a real killer, which together with “Keep On Dubbin'”, the dub of Hugh Mundell’s “Stop Them Jah”, “555 Dub Street”, “Say So” (an interpretation of the highly familiar “Swing Easy” riddim), “Frozen Dub”, and “Satta Dub”, which tackles The Abysinnians’ roots anthem “Satta A Massa Gana”, are the most outstanding efforts.

Conclusion An essential classic album... a must have for any collector of dub and mid-'70s roots reggae!