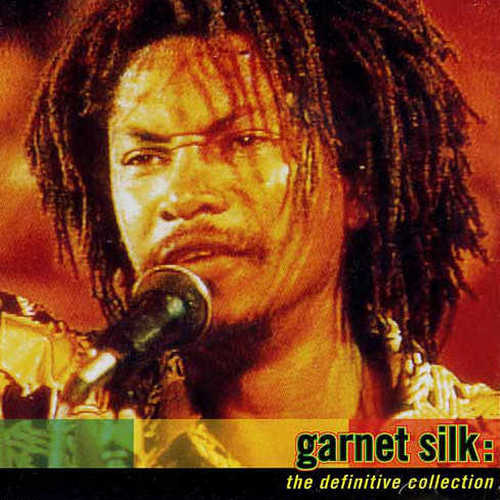 Today, December 9th 2019, it’s 25 years ago that the reggae world was shocked by the untimely death of one of the most talented new cultural singers who emerged in the early 1990s. Here we pay tribute to the man who’s gone, but not forgotten.

It lasted about half a decade, but then – to much delight of Garnet Silk fans and reggae followers worldwide – Atlantic Records finally unleashed their long awaited and highly anticipated Garnet Silk album. This two CD set entitled “The Definitive Collection” gathers 20 tracks showcasing this sorely missed singer/songwriter’s previously unreleased material as well as some of his internationally known hit tunes.

Garnet Silk, born Garnet Damion Smith in Bromelia, Jamaica on the second day of April 1966, became one of reggae’s most promising cultural artists from the moment this singer turned deejay made a serious impact with his first major hit, the Richard Bell produced “Hello Mama Africa”, a single which was released in 1992. Other hits followed and Garnet Silk soon catapulted to the forefront of the Jamaican and international reggae scene. For the next two years Silk was the reigning star in reggae music and also the one – together with his close friend Tony Rebel – who uplifted reggae with consciousness and cultural messages in a time Jamaican music was dominated by gun talk and slackness. After having retreated from the limelight due to health problems he returned by the beginning of 1994, signed with Ocho Rios based Kariang Productions, and also secured his first major label deal with Big Beat/Atlantic. Before the end of that very same year, on December 9, 1994, reggae music unexpectedly lost this unique talent when the charismatic 28-year-old Garnet Silk perished alongside his mother, Dulcie Grey, in a fire that consumed his childhood home in the parish of Manchester, Jamaica.

While spinning this set of songs one wonders how it would have been if… it is truly striking how powerful and fresh Garnet Silk’s songs still sound today. None of the pieces, not even the occassional mediocre one, featured on these two discs sound outdated. Seven brand new songs, recorded from the end of 1993 through 1994 for Kariang and previously unreleased, are “Love You From A Distance”, “Wrong Is Wrong”, the outrageous “Slave”, “Tell Them To Stop (Original Mix)”, “Too Frightened To Be Scared”, the wicked combination tune “Place In Your Heart” and “Consider The Garden”. The remaining 13 pieces could be found on Garnet Silk albums, compilation sets or singles, although some of them here appear in a different version like for example the awesome “Mama Africa” and the wonderful “Life Is Like Piano”. The Steely & Clevie produced “Love Is The Answer” over Studio One’s classic “Unchained” riddim is even featured two times: on disc one the original version and on the other disc as a remix.

Conclusion "The definitive Collection" is a must-have for all reggae and Garnet Silk fans.