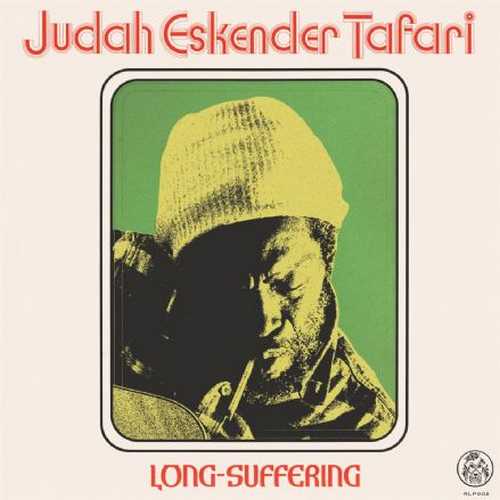 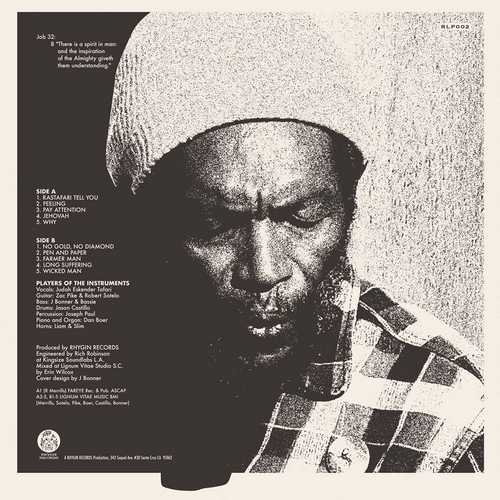 It’s been a long time coming, but a by his devoted fans highly anticipated new vocal roots album from Judah Eskender Tafari has finally seen the light of day thanks to Santa Cruz, California based label Rhygin Records.

Rhygin Records released its first 7″ singles in 2004, comprised of multiple musicians, producers, engineers, and SoundSystem DJ’s. Using exclusively analog gear, the finest reggae artists/musicians on America’s west coast and some of the most knowledgeable reggae producers and mixers around, they crafted their sound with foundations in the golden era of reggae and soul music. The label’s first release was with Cedric Brooks on horns for the song “Mad Dog”. Backed with the Sandollar Sound tune “Wild Bro” on the flipside. Since then the label has grown its stable of musicians and producers to create a unique sound.

Ronald Merrills, among reggae connoisseurs better known as Judah Eskender Tafari, is an exceptional talent with a captivating melodic voice and great songwriting skills, who, unfortunately, is largely unknown to the wider audience – most likely due to bad luck and working with the wrong people in his career. Although he actually just wanted to be a guitar player, he became a singer when he started to sing harmonies and started to do his own singing and making one or two songs by himself. His first studio work was done in 1978 for Coxsone Dodd of Studio One fame, staying with him until 1980. In those two years he recorded a few covers and 16 to 18 original songs. The magnificent “Jah Light” was the first song released on 7″ single, followed by five other classic songs; “Rastafari Tell You”, “Always Trying”, “Conquer Me”, “Danger In Your Eyes” and “Just Another Day”. A full length album entitled “African Blood” was due for release in 1979, but it never happened. Instead it was UK producer Gussie P who released the singer’s debut album “Rastafari Tell You” in 1995, a computerized production that in the end wasn’t satisfactory for Judah Eskender Tafari. Three years later followed the far better sophomore album “The Builder”, produced in New York by Phillip Smart. Since the release of that album, a decent number of tunes appeared on vinyl formats and various reggae labels.

And now, 21 years after “The Builder”, there’s the long overdue third album release of this truly great roots singer. The riddims that underpin the songs on this “Long-Suffering” set are played by Jason Castillo (drums), J. Bonner & Bassie (bass), Zac Pike & Robert Sotelo (guitar), Dan Boer (piano & organ), Joseph Paul (percussion) and Liam & Slim (horns), and expertly mixed by producer Erin Wilcox. Kudos to the latter and the players of instruments for having managed to create the perfect rootsy sound for Judah Eskender Tafari’s songs in which he delivers a positive message of faith, hope and charity.

“Long-Suffering” features 10 delicious tracks and some thirty-two minutes of strong reggae music, fully showcasing that after all those years Judah Eskender Tafari’s voice is still rich in tones. Kicking off this collection is a superbly done new version of his Studio One classic “Rastafari Tell You”, an outstanding track of significant quality. It’s a great start of an album that brings the listener even more really strong tunes that get top honours. Without any doubt, these clearly include the beautiful sufferer’s tune “Feeling”, the massive praising piece “Jehovah”, and the closer of the A-side, the thought provoking “Why”. And it continues on Side B with “No Gold, No Diamond”, a wonderful song that somehow sounds familiar to the ears. The slow-paced message tune “Farmer Man” needs several listenings to grow on you, but then it’ll get the appreciation it fully deserves. After the – surprisingly – instrumental title track, the flipside comes to an end with the golden “Wicked Man”.

Conclusion "Long-Suffering" is a work that truly deserves great attention from any reggae fan.