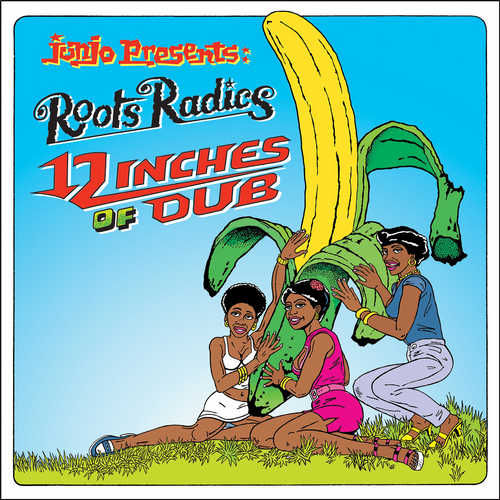 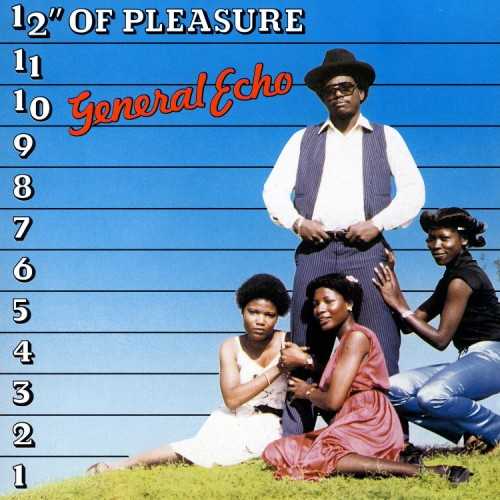 On the 10th annual celebration of vinyl culture named Record Store Day, which took place on April 13, 2019, VP/Greensleeves have released a 7-record box set of 7″ singles on the collectible Roots From The Yard label, the “Nightfall” album, a deep collector’s rarity from reggae & dancehall icon Johnny Osbourne, and “12 Inches Of Dub”, a dub companion to General Echo’s 1980 Greensleeves album “12 Inches Of Pleasure”, which were both produced by Henry “Junjo” Lawes – the leading reggae and dancehall producer in Jamaica from 1980-1984. Back in 1980, the dub mixes were delivered to London-based Greensleeves Records by “Junjo” Lawes himself, but then never saw the light of day. After a transfer of the lost tape was recovered and restored, the 12 tracks for that dub album were finally released on vinyl for Record Store Day 2019 and now also on cd with General Echo’s entire vocal album as a bonus in a deluxe digipack with detailed liner notes.

“12 Inches Of Dub” features massive yet crisp riddims by the Roots Radics band, who at the time were in their prime. Formed in 1978 by bassist Errol “Flabba” Holt, drummer Lincoln “Style” Scott, and guitarist Eric “Bingy Bunny” Lamont, they would reach an apex within several years as the most in-demand session band at Kingston’s Channel One recording studio, backing reggae superstar Gregory Isaacs in concerts around the globe and on his iconic “Night Nurse” album. The band was heard on hundreds of key tracks during the early 1980s, often working for top producers Henry “Junjo” Lawes and Linval Thompson. And the band’s sparse sound can be heard on breakout recordings from Barrington Levy (“Collie Weed”), Yellowman (“I’m Getting Married,” “Zungguzunnguguzungguzeng”), Frankie Paul (“Kushumpeng”), Michael Prophet (“Gunman”), and Eek-A-Mouse (“Ganja Smuggling”), while helping propel the careers of Bunny Wailer (“Rock And Groove” LP), John Holt (“Police In Helicopter” LP) and Johnny Osbourne (“Ice Cream Love”) into the 1980s.

Overton Brown, the mixing engineer who became known as Scientist while mastering his craft at King Tubby’s Dromilly Avenue studio, initially created dubs of reworked Studio One riddims for Don Mais’ Roots Tradition label. He actually was given his chance at King Tubby’s where he got his first break when he did a session with Henry Lawes due to Prince Jammy not showing up. After Scientist had left King Tubby’s studio, he became the principal engineer for the Hoo Kim brothers’ Channel One Studio. In the early 1980s he really came to prominence with a remarkable series of dub albums, released by Greensleeves Records.

The combination of Roots Radics’ devastating riddims and Scientist’s wizardry at the mixing board makes the “12 Inches Of Dub” set a real winner. Although this is the dub counterpart of General Echo’s “12 Inches Of Pleasure”, the dubs featured here connect to several other artists and albums across the “Junjo” Lawes stable, which isn’t that surprising as the most consistently successful producer of the dancehall era released a huge amount of music from a wide range of artists – veterans as well as young upcoming singers and deejays. And thus many long-time reggae fans will recognize riddims that were also used for Rod Taylor’s LP “Where Is Your Love Mankind”, and tracks by Barrington Levy (“Fulfillment”), Wayne Jarrett (“Dreadlocks Postman”), Flick Wilson (“Yallas Pond”), and Little John (“Tell Me What You Want To Be”), among others.

When reggae music went from rockers to dancehall, or culture to slackness, depending on your viewpoint, Earl Anthony Robinson popularly know as General Echo (aka Ranking Slackness) kind of summed it up. Having built his reputation with work on top sound systems such Gemini, Ray Symbolic and Stereophonic, he was one of the first deejays to challenge the predominantly cultural approach of the majority of mid to late ’70s deejays. He more than anyone else popularised slackness. Yellowman took it a stage further, but by then the much promising first-class chatter, together with Leon “Big John” Johns (owner of Stereophonic) and selector Flux from Echo Tone Sound, had been killed by the police, for which no satisfactory explanation has ever been put forward. To concentrate purely on slackness in connection with General Echo, is to discredit the deejay. The “Rocking & Swing” set he did for Dudley Swaby’s Manzie label showed that he had a wide range of interests which he could deejay about.

A title that says it all about the lyrical content of this collection of tunes. Using several well known “Junjo” Lawes produced riddims, this set was at that time one of the ultimate examples of slackness. Despite the suggestive songs, which you may like or not, there’s no denying that General Echo’s delivery was the most original and influential since Big Youth. Besides that his way of riding a riddim was also remarkable and surely influenced the upcoming deejays who made it big in the 1980s. All this can be experienced while listening to the 11 vocal cuts of which “Bathroom Sex” and the wicked collaboration with singer Madoo titled “Hotel Fee” were produced by Winston Riley. Amongst them no filler to be found! From beginning to end the listener can fulljoy the brilliant deejaying of General Echo – just be warned about the subject matter.

Conclusion Overall this is a remarkable package worth adding to a reggae fan's collection.