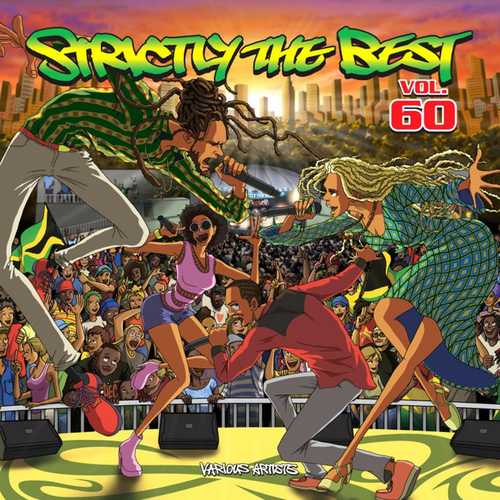 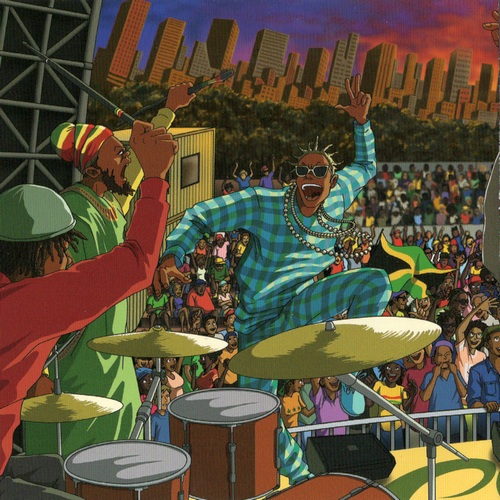 Throughout the years the Strictly The Best series has grown to a top-quality level and its popularity has increased from year to year. So it’s obvious it is THE essential purchase as it keeps one updated with the newest and hottest aspects in the reggae industry. Since its inception, the series has always given reggae & dancehall lovers the best mix of hits possible and this volume is no exception to it. The friendly priced two-disc package offers one disc for the ‘old skool’ reggae fans while disc two serves the dancehall massive.

Kicking off in remix style with the duo Agent Sasco and Duane Stephenson! They ride Maximum Sound’s intoxicating “Twilight” riddim with the feel good tune Play That Song. Christopher Martin takes on Frankie Music’s infectious “General A General” riddim inna most effective way! Beres Hammond’s very enjoyable Only One, a song that deals with romance, treats the listener to the classic and familiar vibes known and loved from Beres Hammond lover’s rock offerings. With a Girl Like You, drawn from his current hit album Parts Of The Puzzle, Busy Signal strikes a sentimental chord.

Next up is Tessanne Chin with her revisit of Lorna Bennett’s early 1970s hit tune Breakfast In Bed. Exclusive track for this release! Songstress Alaine sings a magnificent reggae version of Lady Gaga’s Million Reasons. Out of the Stingray Camp in the UK comes Freddie’s sweet and soulful update of Alton Ellis’ Studio One hit Can I Change My Mind. Kumar Bent, the former lead singer for Grammy Nominated Reggae group Raging Fyah, delivers another exclusive tune for this release, Lost My Heart, a lovers tune inna surprising arrangement.

Progress by Romain Virgo is a flawless effort across the “Kingston” riddim from Chimney Records. Babylon Bridge delivered by Emeterians with Kymani Marley is an excellent collaboration, a top roots tune produced by the UK based Stingray Records. Switching to Better Tomorrow from Raging Fyah is a pleasant switch! The band stays true to their roots rock reggae sound with this lyrically powerful song. The singers disc closes with Richie Spice’s roots tune Together We Stand.

Now it’s time for some more powerful stuff. The Jamaican dancehall scene has changed drastically over the years. The influence of hip-hop, rap, and r’n’b has made the genre globally more popular than ever, but we understand why some people ask ‘What about the original Jamaican dancehall?”
After Vybz Kartel with his impressive tune One Way (across the riddim of the same name), Jahvillani steps up with his massive hit song Wileside Governement. Check out the lyrics, it’s a message everyone should listen to!

Young producer Mario “Dunw3ll” Dunwell has worked with artists like Vybz Kartel, Demarco, Ding Dong, and Shenseea. His tune with Masicka is one of the best licks pon his “Charge Up” riddim. One other unique track to STB 60 is the energetic song No Stress by Noah Powa, known for his humorous impersonation of Bounty Killer. Soca superstar Kes brings Hold Back, off the “Sexting” riddim. The disc closes with an uptempo, soca flavored tune, filled with happy vibes. Responsible for those vibes is the combination Dovey Magnum & Munga Honorable.

Conclusion Keep up with the trends and the hits!